This Friday, the mayor of Olías del Rey, Charo Navas, the municipal government team and part of the local corporation, together with a large group of neighbors accompanied by their pets, have inaugurated the new dog area they have created in the town, located in the high way of Toledo. 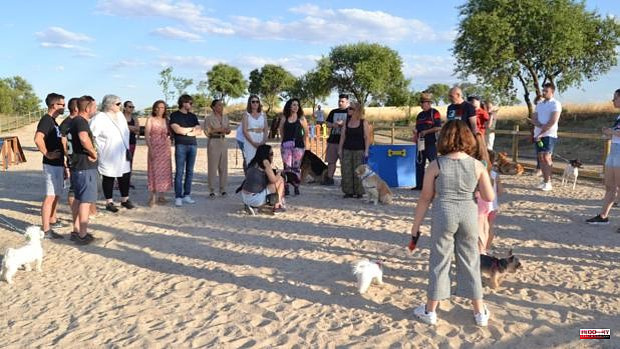 This Friday, the mayor of Olías del Rey, Charo Navas, the municipal government team and part of the local corporation, together with a large group of neighbors accompanied by their pets, have inaugurated the new dog area they have created in the town, located in the high way of Toledo.

An investment of nearly 40,000 euros that includes the creation of facilities, with an area of ​​more than 2,000 square meters, putting into operation a modern and complete canine area, a fenced outdoor green area designed so that dogs can walk freely and socialize with other dogs.

With a perimeter formed by approved fencing, with elements and circuits with which agility training can be carried out, bag dispensers, litter bins and adapted fountains are part of the installation.

In addition, trees have been incorporated into the area to have shaded areas, and the installation has been completed with a rest area with tables and a porch area and a path to access the dog area, between vegetation that joins the plot of new areas. locally generated green

During the inauguration of this facility, a training program and exhibitions have been carried out by the Canine Working Group and the Doghorsocity association, which have developed an exhibition of rescue dogs in large areas, tracking of people, a course of basic obedience and canine education and some practical classes of modification of inappropriate behavior of pets.

These spaces offer many benefits, both for the animals and for the owners and society in general. They allow animals to relax and run freely without having to be tied down.

«The importance of creating these areas, an area that has been carefully designed, and not only encompasses the area's facilities, but also the entire access area, with a walkway created for access to the dog area, where the environmental factor has been very present, also creating a green area that integrates the entire area and according to all the generation of green areas that we have been creating in our town, "explained the mayor.

The area is the continuation of the various actions that have been carried out in the area of ​​animal welfare, where the city council has signed agreements with the Doghorsecity animal protection association for the capture, transfer, retention and maintenance of lost or abandoned animals, or the implementation of the control of feline colonies through the CES system.

1 The most anticipated music festivals for the summer... 2 Official: Real Madrid announces the signing of Tchouaméni 3 Arrested a Bundesliga footballer accused of raping... 4 Luis Enrique lowers the smoke to Gavi: "He has... 5 Cañadas: "The Circle always anticipated and... 6 The cultural week of the Centro Extremadura Talaverano... 7 Civil Protection calls for maximum vigilance due to... 8 A 20-year-old man arrested for domestic violence against... 9 Second case of monkeypox in the region, also in the... 10 Tchouaméni enters the top-5 of the most expensive... 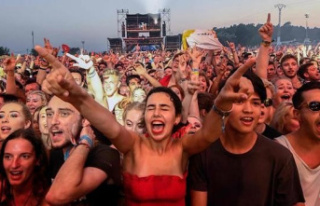 The most anticipated music festivals for the summer...