The Government recently confirmed that the almost three million public employees in Spain will form part of the so-called income pact that seeks to contain wage increases for this and the coming years and reduce the even greater rise in prices that could unleash what are known as effects second round. 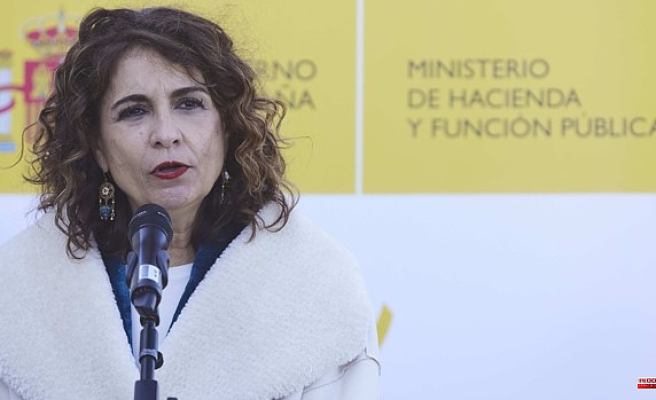 The Government recently confirmed that the almost three million public employees in Spain will form part of the so-called income pact that seeks to contain wage increases for this and the coming years and reduce the even greater rise in prices that could unleash what are known as effects second round. Thus, officials will experience a 2% salary increase this year, as stated in the 2022-2025 Stability Program sent to Brussels in recent days.

However, neither the level set for the revaluation nor the ways in which the Executive has communicated this salary increase to officials convince the unions, which have announced mobilizations for next May 25 in protest for a measure that has been addressed “Unilaterally”, according to ABC sources close to the negotiation, who complain about how the Ministry of Finance and Public Administration brought that already predetermined 2% increase to the dialogue.

Given the climate of economic tension caused by the strong increase in prices, 8.3% in April, the unions denounce a strong loss of purchasing power in recent years, and which will deepen at the end of this year. The Bank of Spain expects the CPI to stand at an annual average of 7.5% by 2022, a figure that the Airef moderates to 6.6%. In any case, the scenario draws a loss of purchasing power for officials of between 4.6 and 5.5 percentage points.

However, so far, that fixed increase of 2% for 2022 for civil servants is the only palpable commitment on the income pact that the Government insistently calls for. Neither the salaried workers, who promise to give the "battle" in the more than 4,000 collective bargaining tables after the negotiations with CEOE for the AENC broke down, nor the pensioners who will see their pay updated in 2023 with the average CPI of this year, will contribute formally to that rent agreement.

At this point, the demands of the main CSIF union on the scope of the salary increase for this year coincide with the demand for compliance with those already agreed, and which do not end up being carried out by the different public administrations.

Specifically, this Friday, the union filed a collective dispute with the Ministry of Labor and Social Economy for non-payment in Puertos del Estado of wage increases to its more than 4,000 workers. This is the previous and obligatory step to present a subsequent lawsuit before the National High Court for this refusal to comply with the agreed increase, to which CSIF will add the payment of the applicable legal interest, according to the union central warned in a statement.

The union recalls that the Third Agreement is now in the middle of its validity, which was signed for a period of 8 years, with 2 million annual additional funds, so that the employees of Puertos del Estado could recover the purchasing power that was lost with the 2008 crisis.

However, it regrets that the more than 4,000 Puertos workers continue to lose their purchasing power, after the company already took 18 months to approve the salary increase for 2020. CSIF assures that Puertos del Estado holds the Ministry of Finance responsible of this paralysis, but the union understands that "someone is not doing their job well or, simply, they are not interested in doing it".

In fact, according to union sources, the impact of the pandemic would have paralyzed not only the application of the State Ports agreement but also that of several companies with public employees, such as Correos Express and Paradores. In short, about 15,000 workers are at the expense of receiving the salary increase agreed with the administration.

Public workers assure that they have suffered a loss of purchasing power of 15% since 2010, when the Government of José Luis Rodríguez Zapatero lowered their salary, "so it is urgent to negotiate a salary increase." According to the union, "civil servants have been contributing to the Income Agreement for more than ten years."

In this sense, CSIF assures that officials need salaries according to the work they carry out and cannot continue to suffer more cuts, so there will be mobilizations given that the Minister of Finance, María Jesús Montero, does not sit down to negotiate.

1 Exodus of Montrealers: a more favorable situation... 2 Jean-Sébastien Girard and close help 3 A separatist region of Georgia will hold a referendum... 4 Toledo hosts this Saturday and Sunday the IX Meeting... 5 Workers' Commissions denounces Jácome for pushing... 6 The convening power of Enrique Sánchez Lubián 7 Rueda will demand that Sánchez give Galicia the "weight"... 8 Castilla y León raised its health spending to 1,863... 9 Thirty centers and 177 students participate in the... 10 10 cottages for rent in Sutton 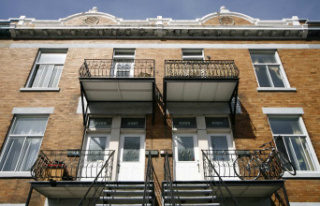