According to the prosecutor, false allegations were made that passengers witnessed a man rape a woman in suburban Philadelphia on Thursday and then "filmed it for their own pleasure instead of calling police." He also asked witnesses to testify. 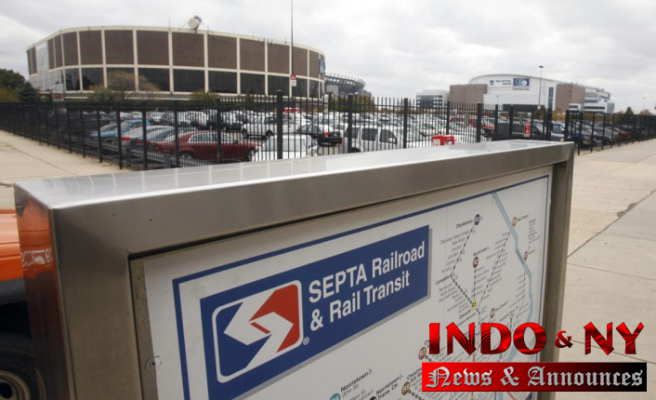 Jack Stollsteimer, Delaware County District Attorney, stated during a press conference that other passengers aboard the train weren't present for the entire interaction on Oct. 13, and might not have understood what they were seeing.

Stollsteimer stated that "people get off and on at each single stop." "That doesn’t mean that when they get on and see other people interacted with, they know that a rape has occurred."

Stollsteimer's account of surveillance video and appeal to witnesses was made after authorities claimed that multiple passengers were present during the assault. Some appeared to be holding their phones in the direction the attack occurred as police allege that 35-year old Fiston Ngoy raped a woman in a train car seat.

Initial dismay expressed by police and officials from the Southeastern Pennsylvania Transportation Authority was that no one called 911 or reported the attack to the authorities, even though they were not aware of the severity of the situation.

Timothy Bernhardt, Upper Darby Police Superintendent, told reporters that there were people present at the weekend who "should've done something."

Stollsteimer stated that Thursday's narrative that there was a group of people filming the attack and didn’t act is false. He also said that witnesses could freely share their information without fear of facing criminal charges.

He stated Wednesday that Pennsylvania law doesn't allow for prosecution of anyone for witnessing a crime.

Stollsteimer stated that surveillance video shows two people holding their phones in the direction of the attack. He said that one of those individuals provided video evidence to the authorities as part of the investigation.

SEPTA has denied requests from The Associated Press to view surveillance video of the attack on Market-Frankford Line. This was due to ongoing criminal investigations.

Police stated that Ngoy boarded the train just after the woman and quickly sat next to her. They then tried repeatedly to touch and grope her for almost 40 minutes. Investigators also claim that surveillance video shows Ngoy being pushed away by the woman several times.

Ngoy told police that he had previously seen the woman and that the sexual encounter was consensual. He is currently being held on $180,000 bail and charged with rape. The woman was taken to the hospital and stated that she had never met Ngoy, and that she did not consent to him touching her.

Ngoy's public defender declined to comment because it was still early in the case. Monday's hearing is set.

Thomas J. Nestel III, Chief of SEPTA Police, estimated that there were approximately 10 people in the vicinity of Ngoy, the woman, and Ngoy during the rape. The rape began at 9:52 p.m. ET and ended when SEPTA officers took Ngoy from the woman around 10 p.m., an authority spokesperson Andrew Busch stated Wednesday.

One of those 10 was an off-duty employee at SEPTA. Busch stated that the employee alerted SEPTA police after he felt something was not right. Busch praised the actions of the employee, pointing out that he probably prevented Ngoy's escape and allowing him to get off the train.

A separate incident of sexual assault occurred at the 69th Street terminal. This was also announced at Thursday's news conference. Bernhardt stated that a woman was missing her stop and asked him how he could get to the platform so he could go in the opposite direction. Bernhardt showed the woman his hand and then pushed her into a separate area.

A passenger sitting on the platform heard her screaming for help and intervened. The man was taken into custody by the SEPTA police after the attack was stopped.

1 Haitians in desperate need of help succumb to the... 2 California introduces new oil drilling ban in close... 3 Austrian chancellor threatens lockdown for unvaccinated 4 Frenchman tied to far-right abduction charged with... 5 EXPLAINER: Is it time to get a COVID-19 booster? Which... 6 FDA says Pfizer COVID vaccine looks effective for... 7 Aromatherapy spray linked to US deaths faces recall 8 Day care owner gets 6 years for hiding 26 kids in... 9 Virus surge persists in Serbia, Croatia, Slovenia 10 As virus cases rise, so do pleas for Russians to get... 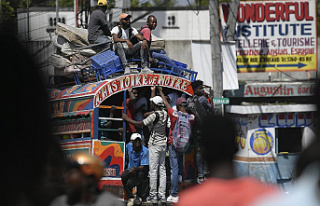 Haitians in desperate need of help succumb to the...