People in Ukraine are still trying to leave the particularly hard-fought areas. 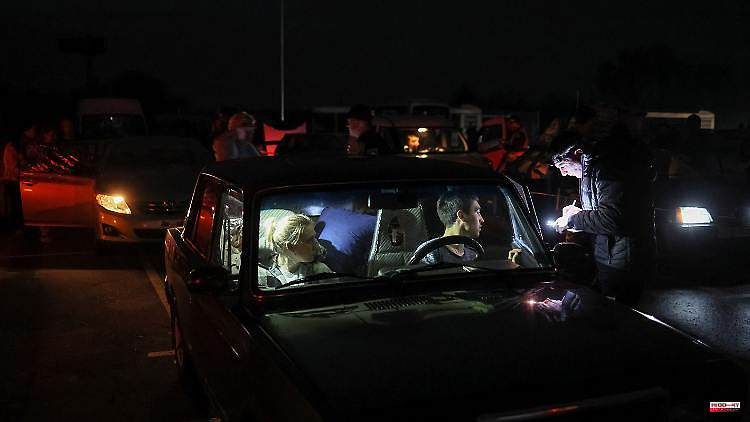 People in Ukraine are still trying to leave the particularly hard-fought areas. After days of waiting and wandering around, a car convoy with many fleeing people arrives in Zaporizhia. For the marines remaining in Mariupol, that security is still a long way off.

A large convoy of cars and vans has safely arrived in the Ukrainian-controlled city of Zaporizhia with refugees from Mariupol. The refugees had to leave Mariupol on their own beforehand and make their own way to Berdyansk, about 80 kilometers further west. From there they were taken to safety in the rescue vehicles 200 kilometers away in Zaporizhia.

Petro Andryushchenko, an adviser to the Mariupol mayor, had previously said the convoy comprised between 500 and 1,000 cars, making it the largest evacuation operation in the city since the Russians invaded on February 24. The convoy waited more than three days to be allowed to enter Zaporizhia, Andryushchenko wrote on his telegram channel.

In a dramatic appeal, the Ukrainian commander of the remaining marines in Mariupol previously asked for an evacuation to a third country. "We appeal to all world leaders to help us," he said in a video message on Facebook. For days, Ukrainian soldiers and civilians have been taking refuge in the Mariupol steelworks. The Ukrainian government recently declared that it would do everything possible to get the port city's defenders out of the industrial zone through negotiations with Russia. It was difficult, they said.

Deputy Prime Minister Iryna Wereshchuk announced on Saturday that negotiations are currently under way for 60 people, including injured fighters and medical staff. "There are a few hundred injured there, they have to be rescued first because the Russians won't give their consent to everyone at once," she said.

Russian President Vladimir Putin, who launched the war of aggression against Ukraine on February 24, had urged the fighters to lay down their arms and take captives. However, the men and women who have entrenched themselves in the plant have repeatedly refused to surrender. Ukrainian President Volodymyr Zelenskyy said that influential mediators would be used for the negotiations. "Of course we're doing everything we can to get everyone else, every one of our defenders, out of there."

1 Hainer: "Lewandowski has a contract until 2023... 2 Mazón claims the autonomy of the Diputación and... 3 From a 94-year-old man to a young man of 18: Valencia... 4 More than 100,000 people have participated in the... 5 Brilliant start of the Novilladas Circuit in Arenas... 6 Margarita del Val and Fernando Simón analyze the... 7 Another flash strike at the Casino de Montréal 8 Substrate AI finalizes the acquisition of Adhesivas... 9 One in five Spanish companies has been harmed by the... 10 Felipe VI travels to Abu Dhabi to offer condolences... 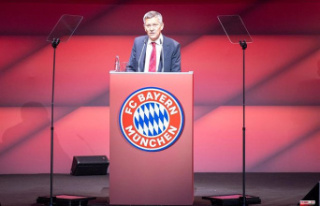