Now, the rotation of discontinuous fixes has doubled that of temporary ones

There is little detail to the 'boom of indefinite contracts' that labor reform has brought. 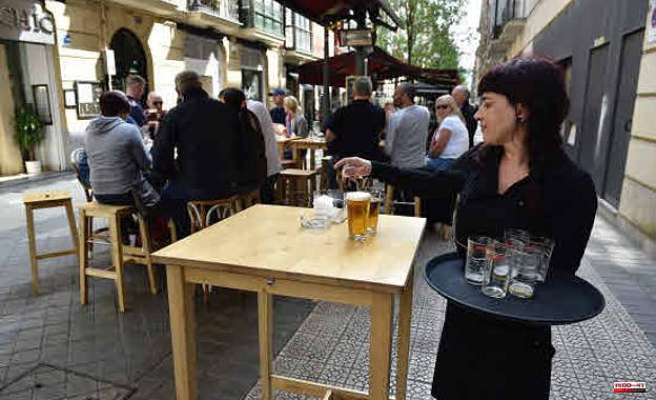 There is little detail to the 'boom of indefinite contracts' that labor reform has brought. They have tripled since the start of the year. Many of these jobs aren't stable as 25% are part-time jobs, one in four. The remaining 35% are permanent, discontinuous jobs. This means that only 40% of these jobs can be described as stable full-time employment.

Not only is this, but the turnover ratio for contracts in discontinuous permanent contract contracts is higher than that of temporary contracts. It even exceeds it. The turnover ratio for discontinuous permanent workers, those who are employed intermittently depending on the season of their activity, is higher than that for temporary workers. In April, the turnover ratio of discontinuous fixed contracts was 32.3%. This is an increase in 10.7 percentage points over March. Temporary contracts were 15.6%, down 14.4 points from the previous month. The Quarterly Labor Market Observatory, published by Adecco Group Institute, shows that this rate drops to 5% for the indefinite. Javier Blasco, its director, says it is an unintended effect of labor reform.

Blasco believes that the retraining option is only available for those with temporary permanent contracts that are inactive. It can be used to improve employability in sectors that have mobility (construction, contracting, temporary work companies, etc.). However, modifications would be needed in some cases (e.g. in the ETT) that would allow flexibility while still retaining greater permanence (flexicurity).

Also, it should be noted that April saw an average length of initial contracts drop by 22% to 47 days. This is 13 days more than March. This may be partly due to the substitution effect of construction contract, which is disappearing, by contractual formulas with shorter durations. Adecco warns however that it is too early to know if this effect has occurred and that the effect of the reduction won't be felt until 2025.

Adecco concludes that the increased presence of contracts in short-term production situations leads to companies not artificially prolonging their contracting requirements due to legal imperative. This change will lead to more costly contractual terminations, rigidities in contract management, and therefore less flexibility and competition, which will ultimately result in less job creation.

The evolution in hiring according to the work day is similar to that in temporary and permanent contracts. A decrease of 35.7% can be observed for full-time temp contracts and 33.7% are seen for part-time. Permanent contracts have grown by 18.8% full time, but with a much greater growth of 37.08% in the part-time mode.

1 Trump's flight restrictions to Cuba are lifted... 2 Abbott's baby formula plant will reopen in a... 3 Michael Avenatti is sentenced to 4 years imprisonment... 4 Official: Biden administration announces expansion... 5 "The Takeout: I was positive for COVID so Dr.... 6 Carlos Sainz reclaims Monaco and Ferrari chaos 7 Due to rising prices, each Spaniard will spend 200... 8 After the China improvement, the Ibex rose 1.7% 9 2-1: Albacete will play the promotion final to Segunda... 10 The water engine of new sustainable alliances 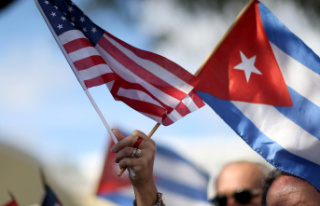