Notice from the Bank of Spain: the rental bonus can further inflate prices

The housing policy promoted by the Socialist Party and United We Can generates great doubts in the Bank of Spain. 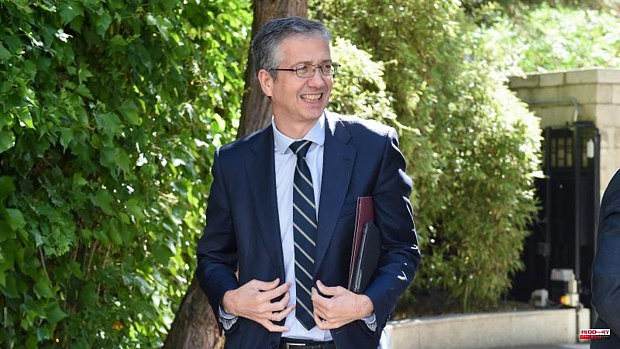 The housing policy promoted by the Socialist Party and United We Can generates great doubts in the Bank of Spain. The institution has repeatedly questioned the government's decision to include rent controls in the housing law. And now it also warns of the risk that the bonus of 250 euros for young people to pay the rent ends up having an impact on prices.

It is one of the conclusions of the institution's 2021 annual report, published last week. The Bank of Spain reiterates its doubts about the housing law by stating that "it does not contemplate some actions that could suppose a significant structural boost in the supply of rental housing". And it expresses itself bluntly about the youth bonus of 250 euros, assuring that it can mean "a transfer of income from the public sector to homeowners."

The body had already warned in previous reports about the possible negative impact of rental aid. But he had not directly assessed this specific aid, which will be launched in the coming months with retroactive effect from January 1.

“Empirical evidence suggests that, in a market with a relatively inelastic supply, there is a risk of a transfer of income from the public sector to the owners of rental housing, with price increases also suffered by tenants who they do not receive the subsidy », the body directed by Pablo Hernández de Cos abounds in its annual report.

The diagnosis of the Bank of Spain is shared by consultants and real estate portals. But not only. Formations such as ERC and Más País questioned the incentive when it was approved by the Council of Ministers. Íñigo Errejón even considered that if it was not accompanied by price controls it would be like "a bizum for landlords". While the rental assistance bond will already be operational this year, the price limits will not be put into operation until at least the end of 2023. And that is if they finally come into force, since the housing law, which has to pass The parliamentary procedure still leaves the implementation of these controls in the hands of the communities.

In any case, the truth is that the entry into force of this aid is being made to beg. The Government had to wait several months until it had the approval of the State Attorney's Office and the General State Intervention. Once both authorizations were obtained, on April 26 and 27 the Executive sent the 17 final aid resolutions (one per community except the Basque Country and Navarra in addition to Ceuta and Melilla). Sources from the Ministry of Transport explain that all the regions have already responded by sending their "conformity" with the resolutions. And more than half have also completed the rest of the paperwork necessary to access aid funding.

«As of May 24, 2022, eleven autonomous communities (Asturias, Galicia, Canarias, Cantabria, Cataluña, La Rioja, Madrid, Baleares, Comunidad Valenciana, Andalucía and Extremadura), as well as the autonomous cities of Ceuta and Melilla, have carried out all the steps so that the Public Treasury can send them the assigned amount, ”they stand out from Transport.

The remaining four are expected to complete the procedures in days. Once this step is completed, the State will complete the transfer of the funds that will cover the measure to the autonomies, which will be the ones that manage the call for aid. From Transport they assure that some have already received the funds.

As this newspaper reported, certain communities have taken advantage of the process to outline their calls, so it is foreseeable that they will begin to be available in the coming weeks. The young bonus, announced by Pedro Sánchez in October, represents a subsidy of a maximum of 250 euros to pay the rent aimed at young people between 18 and 35 years old with incomes of less than 24,318 euros per year for a maximum of two years. Among the requirements raised by the Government is included that the rent does not exceed 600 euros, although the communities that so wish can raise this limit to 900 euros.