The problem of the Northern Irish border had focused all the tensions during the Brexit negotiations, which came into force on January 1, 2021. 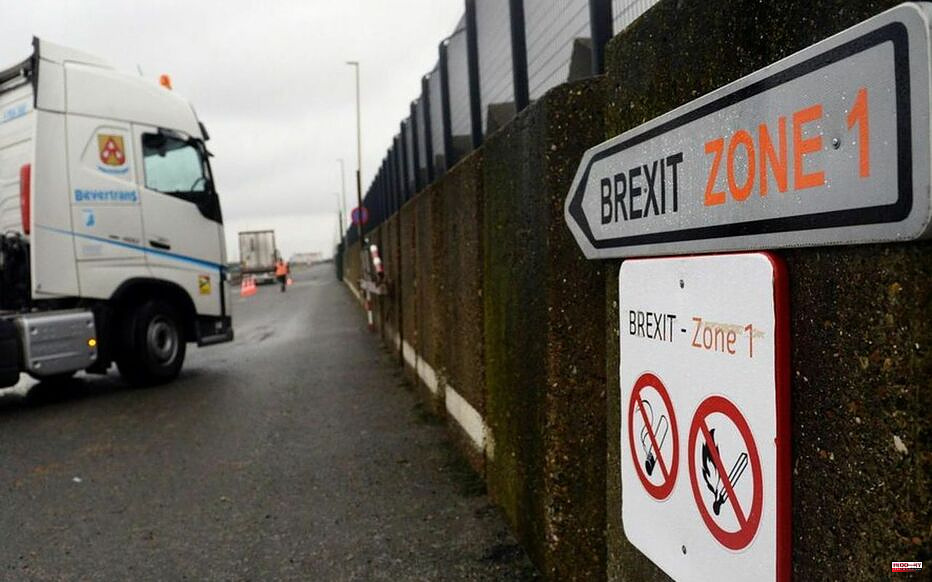 The problem of the Northern Irish border had focused all the tensions during the Brexit negotiations, which came into force on January 1, 2021. It continues to be a sticking point. Despite the risk of reprisals from Europeans, the British government threatened on Tuesday to legislate in the coming weeks to reverse the post-Brexit controls that plunged Northern Ireland into a political crisis.

Due to the political impasse in the British province and the disruption in trade between the province and the rest of the United Kingdom, London wishes to renegotiate in depth the Northern Irish protocol concluded at the time of Brexit with the European Union which is only said to be ready for accommodation.

The EU "will have to respond with all the means at its disposal" if the United Kingdom decides to unilaterally modify the agreement framing the post-Brexit status of Northern Ireland, the deputy already reacted on Tuesday. President of the European Commission Maros Sefcovic. As for the Sinn Fein Republicans, who won the local elections, they strongly oppose a British bill.

After months of fruitless discussions, the head of diplomacy Liz Truss explained to MPs that the government intended to "introduce a bill in the coming weeks to make changes to the protocol". "It's not about scrapping the protocol" and the proposed legislation is consistent with the UK's obligations under international law, the minister insisted.

London would prefer a negotiated solution with the EU

"Our preference remains a negotiated solution with the EU, and alongside the introduction of the legislation, we remain open to further discussions, if we can achieve the same result through a negotiated settlement," Lize Truss said. The EU has previously warned that knowingly going back on this treaty signed by Boris Johnson would violate international law and that the United Kingdom would be exposed to severe trade retaliation.

On Monday, British Prime Minister Boris Johnson said he "would like" to resolve the issue "in a consensual manner with our friends and partners" in the EU, adding however that the UK also needed "assurance" of a "legislative solution at the same time". The Tory leader was speaking during a visit to Northern Ireland, where he tried to convince the various political parties to find a compromise and "get back to work".

Northern Irish institutions are at a standstill

Because since the historic victory of the Republicans of Sinn Fein in the local elections on May 5, the Northern Irish institutions have been at a standstill. Unionists in the DUP refuse to participate in the local executive, which was supposed to be shared under the 1998 peace accord that ended three decades of bloody conflict, known as the "Troubles". And they blocked the local Assembly by refusing to appoint a new candidate.

The Unionists thus intend to press for modification of the Northern Irish protocol, the agreement signed between London and Brussels to respond to the delicate question of the border between British Northern Ireland and the European Republic of Ireland after Brexit.

This text creates a de facto customs border with Great Britain and threatens, according to them, the place of the province within the United Kingdom to which they are viscerally attached. Amid the political tussle, Unionist DUP leader Jeffrey Donaldson called the government announcements a "good start" but called for "deeds" not just "words". Sinn Fein Republicans are against the British bill.

The bill announced on Tuesday provides for goods moving and remaining within the UK to pass through a "new green channel", freeing them from red tape. Goods destined for the EU will remain subject to all checks and controls applied under EU law.

"Businesses will be able to choose between meeting UK or EU standards in a new dual regulatory regime," said Lize Truss. To address EU concerns over protecting the single market, London promises to share more data.

"I deeply regret the UK government's decision," Irish Foreign Secretary Simon Coveney said. "Such unilateral actions in relation to a binding international agreement damage trust and will only serve to make it more difficult to find solutions to the real concerns" of residents of the province about the implementation of the protocol, he said. - he added the Dublin government minister.

A neighbor of Northern Ireland, the Republic of Ireland, a member of the EU, is also worried about the consequences of a possible unilateral British decision. "Any unilateral action is harmful," Irish Prime Minister Micheál Martin tweeted on Monday, calling for a way out through negotiation.

Good phone call with @eucopresident Charles Michel today.We both agreed the only way forward on the Protocol is through substantive talks between the EU and UK.Any unilateral action is damaging and cannot help.— Micheál Martin (@MichealMartinTD) May 16, 2022

Northern Irish institutions had already experienced three years of paralysis, against the backdrop of a financial scandal, before an agreement allowed the restoration of their operation in January 2020.

1 Giro: Girmay wins the stage and goes to the hospital... 2 On trial for trying to kill her husband with a pot... 3 Hello. The Church in Ready and Alba opens its doors... 4 Last minute of covid in Castilla-La Mancha: 24 deaths... 5 Josu Ternera will sit on the bench in 2024 for the... 6 Historic visit: the Supreme Court will sit in Quebec 7 Miguel Ramos: "In the Cádiz Association with... 8 Grenoble: Gérald Darmanin asks the prefect to suspend... 9 Arechabaleta promises to position Lezama as "an... 10 Peugeot bets on selling only electric cars in 2030 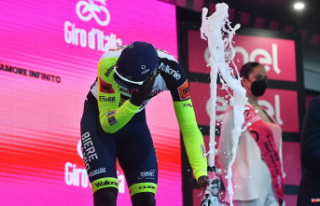 Giro: Girmay wins the stage and goes to the hospital...