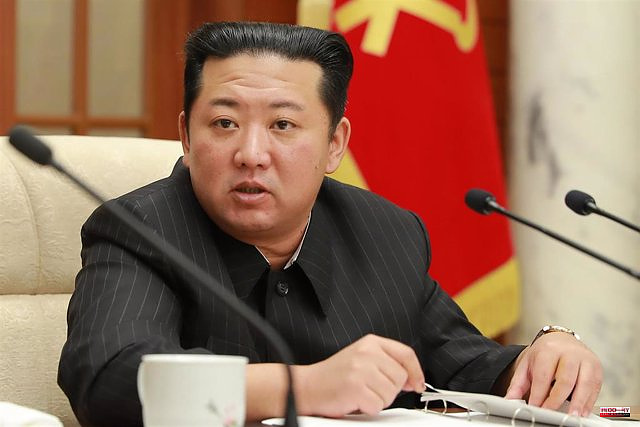 The North Korean health authorities have reported this Monday that 392,920 people have tested positive for COVID-19 in the last 24 hours and that eight people have died, after the "maximum alert" was declared last Saturday for the first coronavirus outbreak that the country is facing.

Two and a half years after the global pandemic began, Pyongyang has already registered a total of more than 1,213,550 positives since the start of this outbreak that began on May 12, according to the North Korean state news agency KCNA.

North Korean leader Kim Jong Un told an emergency meeting last Saturday that the country is facing "great turmoil" due to the large number of citizens who have suffered "fever symptoms" since the end of April, as has picked up the specialized portal NK News.

Likewise, Kim has indicated that "the fever" is spreading throughout the country, although it has not spread "inconsolably between regions", for which he has called for rigorous application of regional closures and quarantines.

According to the state news agency, since the end of April, about 648,630 have recovered.

Kim Jong Un has established "maximum" response measures against COVID-19, after the omicron coronavirus variant was detected in the capital of the Asian country. "Thanks to the high political awareness of the people, the country will surely overcome the emergency," he said.

For the moment, several countries, such as South Korea, China and Russia, have offered their help to the country to deal with the outbreak, although the US government has ruled out immediate assistance plans for the time being.

Seoul has specifically announced opening talks at the working group level, a senior South Korean official was quoted as saying by the Yonhap news agency. "The government is actively reviewing the official proposal to hold a working meeting with North Korea earlier in the week," he said in remarks on condition of anonymity.

The South Korean Ministry for Unification has confirmed that the offer will be moved "as soon as possible" to provide "practical help". This meeting, if it occurs, would be the first between the two sides since the inauguration last week of the new South Korean president, Yoon Suk Yeol.

On Friday, the Russian government said it was willing to send help if it was "requested", as reported by the Interface news agency. The Russian Embassy in Pyongyang said there is such a provision, although it has ruled out that North Korea has asked for any kind of help for the time being.

1 At least eleven dead, including two children, and... 2 Lebanon in crisis awaiting legislative results 3 Employment: Transilien-SNCF recruits 600 agents in... 4 Johnny Gaudreau propels the Flames to the second round 5 First cases of Covid-19 in North Korea: Kim Jong Un... 6 Prince Charles in Canada, in a delicate period for... 7 Russia claims that Europe has chosen to cut off any... 8 Chinese city of Shanghai sets goal of returning to... 9 Guterres condemns the "vile act of racist violent... 10 The US removes ETA from its 'black list'... 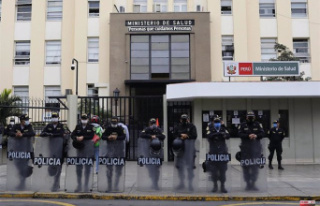 At least eleven dead, including two children, and...