Nordic Social Democrats surrender to the arms of NATO

The invasion of Ukraine has led the Nordic Social Democrats to renounce their historical rejection of NATO. 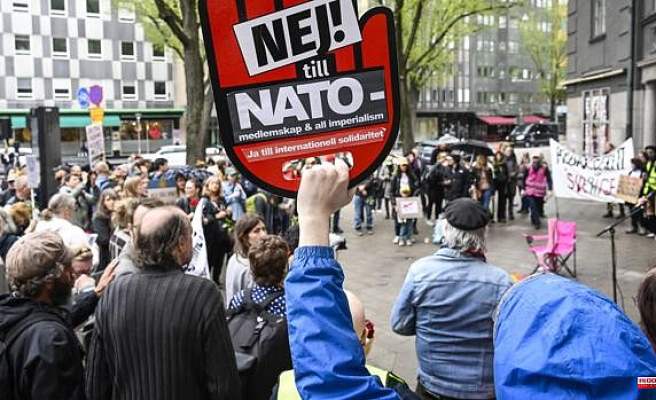 The invasion of Ukraine has led the Nordic Social Democrats to renounce their historical rejection of NATO. The Social Democratic Party of Finland yesterday joined the already unanimous support among the country's political forces for joining the Alliance and the motion was defended by its president and prime minister, Sanna Marin, who described the decision as "the best option to maintain Finland's security. “We did not want to change the foundations of our security order. We did not want a war in Europe. We are in favor of peace, agreements and cooperation. But we care about the safety of Finland and those who live here. With our decision we ensure it now and in the future », she justified.

Both the SDP and the Left Alliance have traditionally been anti-NATO and were until now the only two political forces without officially expressing their support for membership. The Left Alliance, one of the five partners in the government coalition, will not formalize its position until June. The leader, the Minister of Education, Li Andersson, has left her deputies free in the parliamentary vote and has guaranteed that all her ministers will vote in favor of her. The five center-left parties that make up the government agreed in the coalition pact three years ago to maintain the non-alignment policy. In the pact document it was specified that Finland would not ask to join NATO during the current term. However, the Finnish president yesterday informed Vladimír Putin of his country's imminent candidacy in a "direct and blunt" telephone conversation in which "avoiding tensions was considered important." The Kremlin later issued a statement calling Helsinki's decision a "mistake."

The Swedish Social Democrats are also rectifying their generational rejection of NATO, in an extraordinary meeting that began yesterday and will end today with an official statement. Its secretary general, Tobias Baudin, announced yesterday that "we made this decision independently and according to what we consider to be the best for our country at this time." Baudin confirmed that throughout the process they have had close contact with the Finnish sister party. “There has been an in-depth discussion, we have talked a lot until we feel that we are ready to take the step,” he explained. The Swedish Foreign Minister, Ann Linde, acknowledged yesterday to her party colleagues that in the meetings held with her American counterpart, Antony Blinken, Washington has openly expressed its interest in Finland and Sweden joining NATO and that it has shown its willingness to "provide different types of security guarantees until entry into the Alliance becomes effective."

In both social democratic meetings, the pulse of the Turkish response to the double application for entry into NATO was followed yesterday in real time. After the Turkish government had shown reluctance that could hinder or at least delay the accession process, President Recep Erodogan's spokesman, Ibrahim Kalin, declared that Turkey is "open" to the membership of Sweden and Finland in NATO, although He added that "in such cases, negotiations with the countries are required" and taking action on "terrorist activities in Stockholm." He was referring to the prohibition of associations, organizations or activities of individuals related to the PKK. Erdogan has reproached these two countries for being a "haven for PKK terrorists."

Turkey could block accession because NATO requires unanimity among existing members to receive new members. "We do not close the door, we simply approach the issue from this point of view of Turkey's national security," Kalin explained, ready for negotiation. The White House spokesperson, Jen Psaki, has also downplayed this obstacle, stating that "Washington is working to clarify Turkey's position" and stressed that the process has already received "wide support among the partners" of the Alliance. The United States seeks to "better understand Truquia's position," Pentagon spokesman John Kirby has also said, statements that "provide tranquility to the project," Baudin declared yesterday in Helsinki.

1 Russian weapons to prop up drug trafficking in Venezuela 2 Manaea's laudable efforts wasted 3 Fate hangs over the Maple Leafs 4 SMEs seek financial oxygen to face uncertainty 5 The packaging, innovative motor of the industries,... 6 Technology turns the 'silver economy' into... 7 The lifting of the wearing of the mask celebrated... 8 The emir of Qatar lands in Spain in the middle of... 9 Shane Wright's playoff run complete 10 Sanchez's bad mood 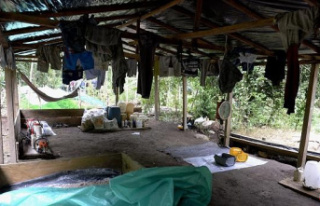 Russian weapons to prop up drug trafficking in Venezuela