Parents can use violence not only physically, but also with words. 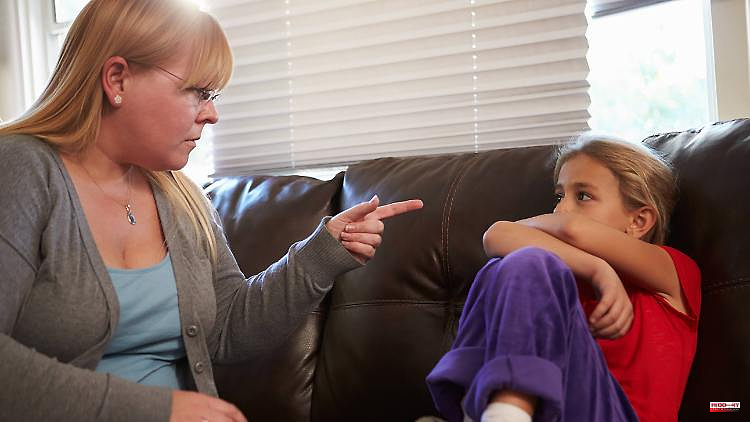 Parents can use violence not only physically, but also with words. But it is also possible without Basta and threats - with the awareness of one's own needs and empathy.

A slap on the child's bottom. Sometimes painful, often humiliating. In Germany, however, this is far from passé as an educational measure, despite the legal stipulation that children have the right to grow up without violence. The Day for Nonviolent Parenting aims to draw attention to this.

But non-violent does not only mean: without physical violence. In addition to this, "mental injuries and other degrading measures" are also inadmissible, according to the Civil Code. Such injuries are regularly caused by parental words.

The American psychologist Marshall B. Rosenberg (1934 to 2015) developed a concept for how communicative interaction between people can succeed without violence. In 1984 he founded the "Center for Nonviolent Communication". Rosenberg always emphasized that his concept contained nothing new. Rather, his so-called "non-violent communication" integrates (psychological) findings that have existed for a long time.

Kathy Weber encountered the concept 15 years ago when she was pregnant with her first child. "I wanted to do it differently from my parents," says the 41-year-old, who is now a trainer for non-violent communication and advises families. For Weber, being different meant that she wanted a special relationship with her child: a togetherness in which everyone could be seen and heard.

Central to Rosenberg's approach is the assumption that human action is based on the desire to meet one's own needs. These are often in competition with those of others. You can only reach a communicative solution if you treat your counterpart with empathy - and don't evaluate and judge them immediately.

At the beginning she was always aware of this technique, says Weber. But from her point of view, non-violent communication according to Rosenberg is much more than a communicative strategy: "For me, it is the answer to the question of how I want to live, how I want to communicate. That has a lot to do with attitude."

In the beginning, Nonviolent Communication is a big challenge. "It takes a lot of practice and a lot of patience," says Weber. From her point of view, what is fundamentally important is unconditional love. The 41-year-old often finds that parents have the feeling that upbringing doesn't work without coercion and threats. "There's a lack of trust that people will do things voluntarily," she says.

In addition, it is difficult for a relatively large number of people to recognize and communicate their own feelings and needs. "Because we often didn't learn it," says Weber. She is convinced that everyone can learn it - if they want to.

And how does it work when the child and mother have formulated their needs and they are completely opposed to each other? Weber laughs before answering. Of course, it's not about the child always getting everything fulfilled. "The vision is that we find solutions that see everyone and their needs and that meet them in the best possible way," she explains. That could be now, but it could also be in a week.

Example of brushing your teeth. The child feels the need to do something different. On the other hand, the parents say that the child now brushes its teeth without doing anything else. A compromise could then be something like this: you choose a song together that is playing in the meantime.

Or you can find other options. "Because there are many ways to meet needs. And I'm deliberately talking about needs here, not wishes. That's a big difference. We're not making a wish here - no, we're in life." The goal is to find a consensus for the individual needs in a situation, says Weber. "Of course it's exhausting at first." For the moment it is easier if someone makes an announcement about how things are going. "But the other way is more satisfying for everyone in the long run."

1 Found food: Look what's growing there 2 Regenerate instead of operate: what really helps with... 3 "Being trapped behind walls": When loneliness... 4 Euphoria in the bunker too: Ukraine celebrates ESC... 5 "The Newts" by Volker Widmann: When silence... 6 'As if the world is collapsing': Campino... 7 No "rock stars" at the ESC: We are (almost)... 8 Kalush Orchestra wins thanks to fans: Ukraine wins... 9 Singer does not give up her wish: Britney Spears loses... 10 "A terribly nice family": The Bundys get... 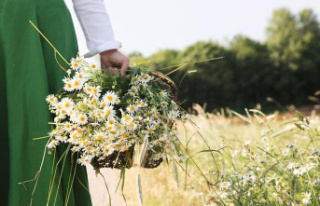