Although more men snore at a young age, and this is even proven by scientific studies, women follow suit as they get older. 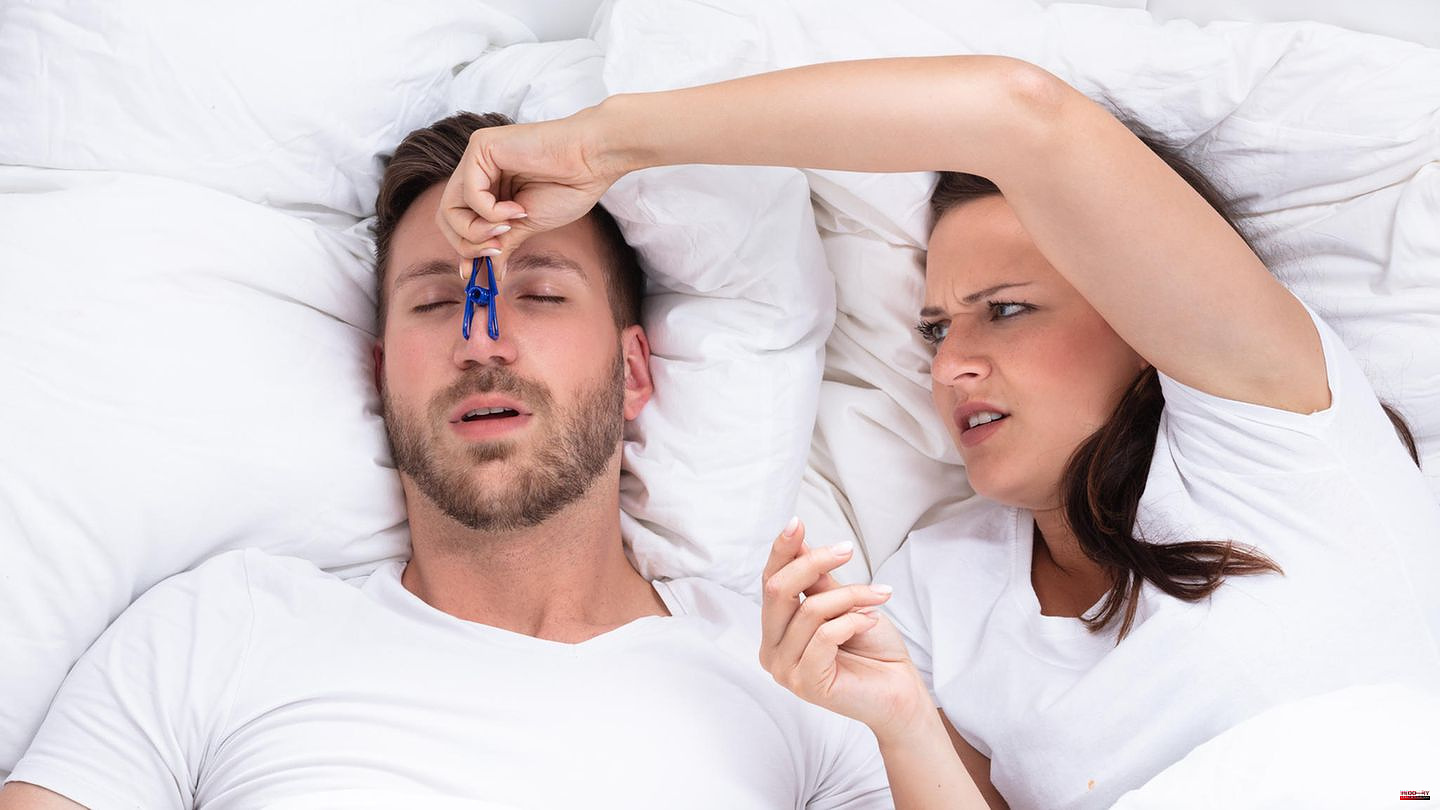 Although more men snore at a young age, and this is even proven by scientific studies, women follow suit as they get older. Because the more slack our muscle and connective tissue becomes, the higher the probability that our throat will make loud noises at night. More precisely, the uvula is the culprit that produces the annoying snoring noise with every breath. But even if it's not our fault that we're like a sawing machine in our sleep, our neighbors feel disturbed in their night's rest. This is why anti-snoring pillows are in vogue – but there are many more ways you can stop snoring. A few of these are presented below.

There's a reason why we snore more often when our nose is blocked - caused by an allergy or a cold. Here, a simple nasal spreader can already help to contain the noise: It is a small silicone clip that is bent like a horseshoe. At the two ends are magnetic balls that are pushed into the nostrils. They are designed to widen the nasal passages, making it easier to breathe in and out.

Alternatively, you can also try to stop snoring with a nasal plaster. It is simply glued to the bridge of the nose and is also intended to widen the nostrils to improve breathing during sleep. Although the spreading effect is significantly less than with a nasal entrance dilator, it is very easy to use. In addition, the adhesive on the patches may cause skin irritation. In that case you should stop the treatment.

As early as 2016, the founder Marcus Ruoff presented his anti-snoring vest "Nachtwaechter" to the jurors of the well-known start-up show "Die Höhle der Löwen". The deal fell through again after the broadcast, but the product is still enjoying increasing popularity: the vest is designed to prevent you from turning onto your back while sleeping - because in this position the noise level increases extremely for everyone. With the "Night Watchman" you remain in the side position.

The mandibular splint provides another therapeutic measure to eliminate snoring noises that have an anatomical cause. It is said to improve breathing during sleep by positioning the jaw slightly forward at night so that the tongue does not slip so far back into the throat. There are over-the-counter anti-snoring splints, but it's even better if you have the protrusion splint, also known as MAD, custom-made by an oral surgeon.

A neck support pillow has roughly the same function as a sleep vest: it is supposed to put the sleeper on his side and prevent him from rolling onto his back and snoring loudly. This is made possible by its ergonomic shape and curvature, which provide ideal support for the head and neck. This in turn means that the person concerned adopts a more relaxed posture during sleep, which should also reduce snoring.

A small ring with a big effect: Thanks to its special shape, it activates Chinese acupressure points that are supposed to ensure a restful sleep. The ring made of stainless steel is adjustable in size and can be individually adjusted to each finger. It is placed on one of the little fingers 30 minutes before going to bed and is then supposed to stop snoring. According to customer reviews, the noise cannot be completely suppressed, but reduced.

This belt, on the other hand, uses electrostimulation to prevent positional snoring, especially on the back. It is placed around the chest and back, fixed and switched on. The two electrodes on your back should then automatically detect when you turn onto your back. To prevent you from starting to snore, the electrodes emit an electrical impulse, to which you ideally react in such a way that you automatically go back to your side and continue to sleep.

Depending on which side you prefer to sleep on, the snore stopper is attached to the corresponding ear. It reacts to acoustic snoring noises as well as vibrations that are transmitted via the skull bones. As soon as he perceives one of the two signals mentioned, he sends an impulse to your ear. This can be a tone or a tone plus a vibration. It is triggered repeatedly until there is an improvement - by opening the airways and snoring stops.

According to the Techniker Krankenkasse, various factors can promote snoring, such as an elongated uvula, enlarged pharyngeal tonsils or polyps in the nose. "The consumption of alcohol and sleeping pills also causes the muscles to relax too much," the health insurance company points out. Therefore, not only anatomical predispositions influence the noise level at night, but also our own (consumer) behavior. In other words, it is partly in your own hands to stop snoring. All you have to do is follow these tips:

Obesity is one of the main reasons why people snore. You should therefore make sure you get enough exercise and eat a balanced diet. Even a few pounds less can have a positive effect on your snoring behavior.

Did you go to sleep on a full stomach? Then you probably had a very restless night. It was certainly no less bad for your better half, since a full stomach encourages snoring. It is therefore better not to eat too much in the evening.

Did you know that nicotine consumption irritates the mucous membranes, causing them to swell and make breathing difficult? Since smokers often snore, you should stop or reduce consumption.

As TK has already mentioned, alcohol relaxes the throat muscle to such an extent that snoring is programmed. For this reason, you should stop drinking alcohol a few hours before bed rest.

The same applies to sleeping pills, which have a relaxing effect on the soft palate and thus promote snoring. If possible and not medically necessary, avoid sedatives.

Last but not least, the sleeping climate also has an influence on the noise level. Keep your bedroom cool and ventilate regularly. It is also advisable to always go to bed at the same time. Then your body will get used to the sleep rhythm more easily.

1 On the death of the Queen: Kate and William: "It... 2 Draco and Lucius Malfoy: Family reunion of the "Harry... 3 Have courage!: Change, criticism and failure: 5 things... 4 Russian commander : Maria Bochkareva was a legend... 5 Southeast Asia: Abandoned Pagodas in Bagan: Myanmar... 6 Questions and answers: Nuclear waste storage facility... 7 Counteroffensive: Ukrainian advance surprises Kyiv... 8 Bundesliga: Union at the top: Baumgart loses against... 9 Traffic: Cyclists demonstrate in Cologne at the "Naked... 10 Record Institute: The world's leaning tower is... 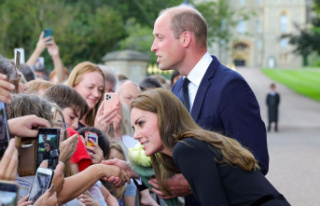 On the death of the Queen: Kate and William: "It...