The 12th edition of 'Music in the Cathedral' this year includes nine concerts that can be heard between the months of June and October 2022, and which will include training activities, two recitals dedicated to medieval music, three to the liturgical organ, in around the Anaya organ and music from the 16th century. 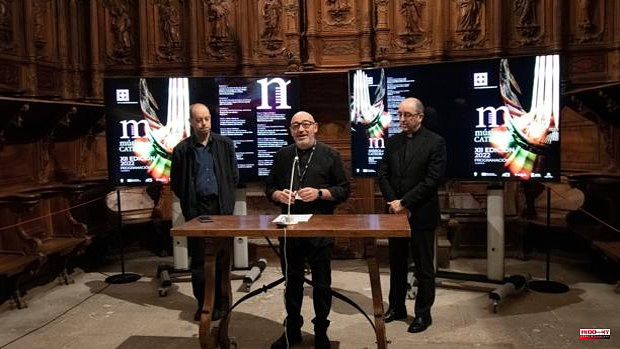 The 12th edition of 'Music in the Cathedral' this year includes nine concerts that can be heard between the months of June and October 2022, and which will include training activities, two recitals dedicated to medieval music, three to the liturgical organ, in around the Anaya organ and music from the 16th century.

The program was presented this Thursday at the Cuenca Cathedral and will begin on June 4 at 9:00 p.m., with a concert by the students of the Online Organ Academy, directed by professors Lucie Zäkova and Carlos Arturo Guerra, who have put launched this pedagogical initiative in Cardenete in 2013.

The 'Music in the Cathedral' is a contest organized by the Cathedral of Cuenca with the collaboration of the University of Castilla-La Mancha and the Fundación Globalcaja Cuenca.

On June 25 it will be the turn of the organist Alize Mendizábal, who has included in her program 'Four Centuries of European Music for Organ', a tour of works that range from the 14th to the 18th century.

The program will continue on July 30 with the presence of the famous organist, specialist in Iberian music and prolific composer, Guy Bovet, who will perform a careful program from the chapter choir organs.

Coinciding with the month of August, the training activity of 'Music in the Cathedral' will begin with an International Medieval Music Course offered in two complementary Modules, which will be taught by Professor Cristina Alís Raurich, passionate about medieval keyboards and musicology.

The second, to be held from the 10th to the 13th, will be on 'Medieval Polyphony, Tablatures and alternatim', where the organ tablature repertoire and its relationship with vocal works will be explored. It will focus on the polyphonic liturgical and paraliturgical repertoire related to the songs of the mass and the Virgin. Intabulations of the Codices of Faenza and Buxheim (15th century) will be explored, seeing how their diminutions work and how they were interpreted with alternatim. In addition, in both modules songs related to the rites of celebration of the consecration of a temple will be interpreted, taking as an example the Cathedral of Cuenca, dedicated to Santa María.

Coinciding with this course, two concerts will be held. The first of them on Friday, August 12 at 9:00 p.m., will be performed by Cristina Alís Raurich, carrying organ and positive organ, and Bruno Bonhoure, singing. With a program entitled 'Songs to remember'. The second, on Saturday, August 13, also at 9:00 p.m., when the participants in the Medieval Music Course will prepare a program with Professor Cristina Alís Raurich entitled: Very great wonder: music for the birth of a temple.

On Saturday, August 27 at 9:00 p.m., Francisco Javier López, titular organist of the Ávila Cathedral, artistic director of the Ávila International Organ Festival and the Ávila Province Organ Cycle, will perform a program of composers such as Cabezón , Merula, Bruna and Ferreñac among others.

The musical program will continue with the performance of Lucie Žáková, organist and harpsichordist, and Carlos Arturo Guerra Parra, titular organist of the Cuenca Cathedral, who will explore the music collection of the Cuenca Cathedral Archive and many of the pieces that have not been lost for centuries will be rescued. have sounded again in these twin organs.

1 Sergas sets that 90% of Primary appointments take... 2 The partner of Puig's brother takes the Generalitat... 3 The president of Brave CF: «I can promise that in... 4 Russia ready to help solve food crisis if West lifts... 5 The impact of the Atristain doctrine, pending on a... 6 The mother of the young women murdered in Pakistan... 7 Vox distributes the functions of Macarena Olona and... 8 First step for the construction of new university... 9 20 rogue shots: Lobos Negros and their disco book... 10 The husband of one of the teachers murdered in the... 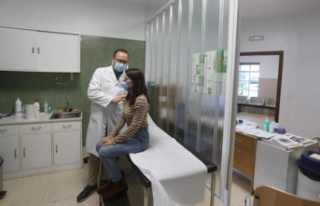