Scottish Chief Minister Nicola Sturgeon is determined to hold a second independence referendum in Scotland, after a majority of voters decided in 2014 to remain part of the UK. 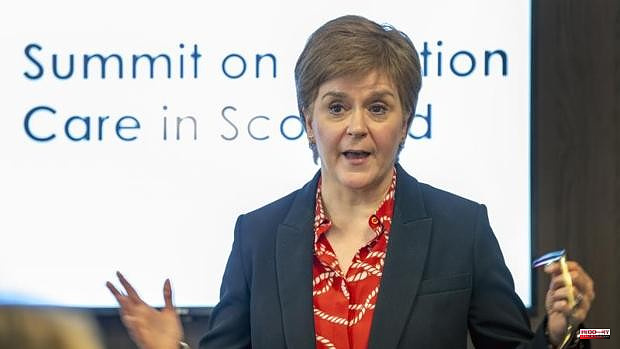 Scottish Chief Minister Nicola Sturgeon is determined to hold a second independence referendum in Scotland, after a majority of voters decided in 2014 to remain part of the UK. But circumstances have changed with Brexit, defends Sturgeon, who on Tuesday announced in the Scottish Parliament his plan to make the consultation a reality on October 19 of next year, with or without the consent of the British government, which must give its approval.

The one known as IndyRef2 has been a source of conflict between Sturgeon and Prime Minister Boris Johnson, who is not willing to give in and who maintains that that first consultation, in which the unionists defended that being part of the United Kingdom was the only way to continue within the European Union, it was "a once-in-a-generation event."

At the time, made possible by a deal between then Prime Minister David Cameron and Scottish Chief Minister Alex Salmond, 55 percent of voters decided to stay while 45 percent favored independence. .

Sturgeon, leader of the Scottish Nationalist Party (SNP), considered that "the UK Government is not in a position to lecture any other country on the need to respect democratic norms if it intends to try to thwart democracy at home." and considered that "the United Kingdom is an association of consent, or it is not an association worthy of the name". Hence, he is proposing a roadmap with an eye to the autumn of 2023, arguing that the pro-independence majority in Holyrood, thanks to a coalition of the SNP with the Scottish Greens, represents a "democratic mandate" to return to raise the separation.

A Downing Street spokesman reiterated that this is not the time to put another consultation on the table, noting that "the people of Scotland want and expect to see their two governments working together" to solve "problems that matter to them, their families and communities," such as "the cost of living, protecting our long-term energy security, leading the international response against Russia's invasion of Ukraine, and growing our economy so everyone has access to opportunities, skills, and jobs." for the future".

In Westminster, the Conservatives and Labor argued that Sturgeon's new roadmap is a "shameless" attempt to divert attention from the internal problems of his party.

The declaration of the chief minister comes after this Monday the House of Commons voted in favor of a bill presented by the Executive of Boris Johnson that will allow it, once approved after it passes all the steps of the legislative process, unilaterally modify the Northern Ireland Protocol, which is part of the Brexit agreement.

1 Joe Biden lands in Madrid to participate in the historic... 2 How can Russia's suspension of payments affect... 3 Sakhalin, the strategic and energy 'paradise'... 4 Follow live the Cerundolo - Nadal 5 Shock in Formula 1 after Nelson Piquet calls Hamilton... 6 Arrested for throwing two glass glasses and threatening... 7 Mazón, on the Oltra case: "There is no consistency... 8 Requena presents his candidacy to enter the Regulatory... 9 The Prosecutor's Office investigates the deaths... 10 The Spanish Prosecutor's Office opens an investigation... 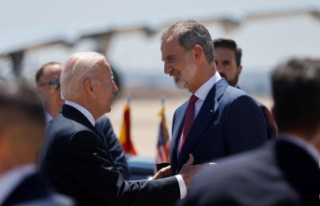 Joe Biden lands in Madrid to participate in the historic...