Nickel in the air: Dr. Luc Boileau refuses to re-study the standard

Despite new disturbing elements reported to him by colleagues, the director of public health refuses to re-examine the standard on nickel in the air, which has been increased by the government, unless the Ministry of the Environment sends him additional information. 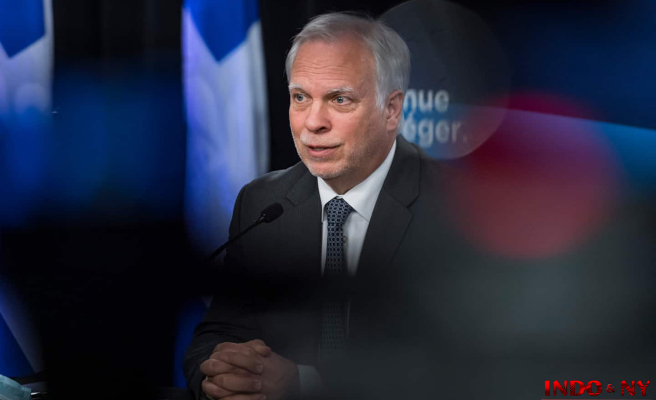 Despite new disturbing elements reported to him by colleagues, the director of public health refuses to re-examine the standard on nickel in the air, which has been increased by the government, unless the Ministry of the Environment sends him additional information.

• To read also: Nickel in the air: the director of public health asked to reconsider the question

“I am told that the work was carried out with rigor, with particular attention to avoiding risks to the populations. It was not pointed out to me that they deserved to be taken back, ”reaffirmed Dr. Luc Boileau. “It is obvious that in medicine, in science, in whatever it is, we are making progress. If the Ministry of the Environment had received additional information, they could share it with us to see if we [can] look at this again. But it is not at all considered as studies that come to tip the case.

On Wednesday, our Parliamentary Office reported that the president of the Quebec Association of Physicians for the Environment, Dr. Claudel Pétrin-Desrosiers, asked the director of public health to seriously re-examine the standard for nickel in the air in Quebec.

New elements demonstrating “potential negative impacts on the health of the population” were sent to Dr. Boileau in a letter.

Former public health director Horacio Arruda would not have taken them into consideration before recommending the increase in the standard for nickel particles in the air.

The Quebec Association of Physicians for the Environment believes that all physicians have a duty to re-evaluate a diagnosis when new elements are presented to them.

The Minister of the Environment, Benoit Charette, affirms that the information revealed by the Quebec Association of Physicians for the Environment as well as by the 18 regional directorates of public health in Quebec are “inaccurate”.

“I am not a doctor. But when National Public Health tells us that we have validated each of the steps, the work seems to have been done well, ”he said.

He maintains that all forms of nickel have been analyzed, contrary to what these doctors claim.

Nickel in the form of pentlandite, a sulphide which could be carcinogenic and which is found in the air of Quebec City, would not have been taken into consideration, argues the Association.

“As for the follow-up and the reasoning that was done at Public Health, it is up to them to answer,” said the minister. “Even recently, I was confirmed that the methodological approach was defensible and that they were comfortable with the evaluations.”

The opposition parties, far from being convinced, are also asking the public health director to re-examine the nickel standard.

To clarify the situation, the parliamentary leader of Québec solidaire, Gabriel Nadeau-Dubois, thinks that a re-examination of the situation by Dr. Luc Boileau would be beneficial.

"I think he should do it [...] When all the regional managements say one thing and the national management says another, it creates a lot of doubts."

Péquiste Véronique Hivon adds that the director of public health, Luc Boileau, must listen to what is submitted to him.

“Especially since they are colleagues and it is a real public health issue […] When [le Dr Boileau] was questioned about it, I found that his answer was not , I would say, anchored in very objective elements. I think that, given the urgency of the situation, he must take up the case.”

Last week, Premier François Legault said that "to be able" to manufacture batteries for electric cars and create paying jobs, Quebec had to "raise the standard to the same level as Europe".

Solidarity Gabriel Nadeau-Dubois believes that this “pretext” has “no appeal in 2022”.

“We are no longer in 1954, there. To say: “You have to scrap the environment to create jobs”, I mean, it's so outdated as a way of thinking and it's very typical of the way François Legault sees the future of Quebec. , he launched.

1 The family of a man killed by the police agrees with... 2 Online classifieds: Police arrest four 'shopper-aggressors' 3 Bay du Nord: lawsuit against the federal government 4 LeBel urges the engineers' union to negotiate 5 The morning prayer will take its course in Parliament 6 A “sharp” deterioration in access to property... 7 Urban sprawl: “populist” and “misleading”... 8 Wearing a mask: pharmacists ask to show solidarity... 9 COVID-19: the health situation “is going in the... 10 Tourism: $10 million for new international airlines 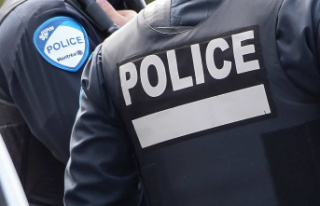 The family of a man killed by the police agrees with...