The president of the Popular Party, Alberto Núñez Feijóo, will be in Ceuta this Tuesday, the day the land border with Morocco is reopened two years later. 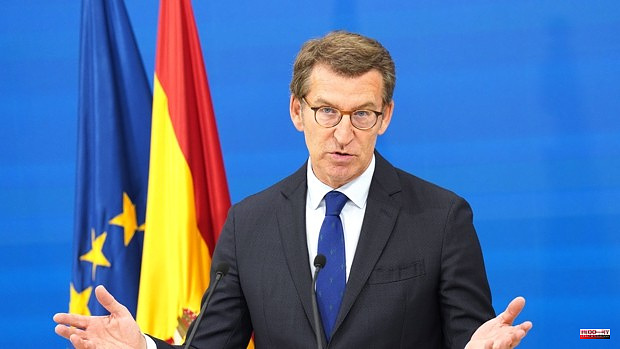 The president of the Popular Party, Alberto Núñez Feijóo, will be in Ceuta this Tuesday, the day the land border with Morocco is reopened two years later. The leader of the popular ones does it to meet with the president of the Autonomous City, Juan Jesús Vivas, as well as the employers and the Security Forces. He does it as "recognition" to the residents of Ceuta a year after that migration crisis in which 12,000 people entered without control.

The first thing in agenta is an encounter with Vivas. Then he plans a meeting with the main representatives of local businessmen. To this he is going to expose the economic project that the PP has drawn up to combat the economic and social crisis that Spain is suffering.

Finally, he will preside over the Board of Directors of the PP of Ceuta.

The visit will be made to demand from the Ministry of the Interior more troops and means for the Security Forces. The PP insists that there is an "urgent need" to provide the National Police and Civil Guard with means to be able to successfully complete the opening of the border that the Government of Spain has agreed with Morocco.

However, they are lacking. This Monday, the Jucil association, has denounced that only in the Civil Guard there is a deficit of 500 troops in Ceuta and Melilla. To that should be added those of the National Police. "Today there are neither enough troops nor the facilities are adequate for the expected avalanche of vehicles and people," said Ernesto Vilariño, secretary general of the formation.

An uncontrolled opening is worrying. “The imminent reopening of the pass can cause chaos, delicate situations and some kind of altercation because only between two and four civil guards will be in charge of controlling the traffic of more than 20,000 people and 3,000 vehicles,” added Vilariño.

1 IN PICTURES | Queen Elizabeth II cheered at the first... 2 The advance of the Toledo POM will be presented, finally,... 3 Masterchef 10 burns its own failure: La 1 broadcasts... 4 Five young people injured, four of them minors, when... 5 The Ceuta border is spruced up for opening a year... 6 Fourteen Spaniards in the iQFoil European Championship 7 Price of electricity, tomorrow May 17: the cheapest... 8 COVID-19 in North Korea: Kim castigates health authorities... 9 Zelensky dismisses the head of the Territorial Defense... 10 Inflation, economic slowdown... the war in Ukraine... 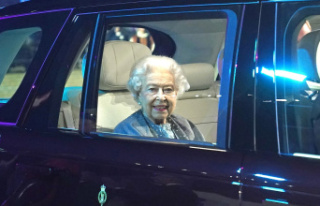 IN PICTURES | Queen Elizabeth II cheered at the first...