Airports and public administrations closed, exams suspended in schools and universities: when they woke up on Monday, Iraqis found the now familiar orange halo caused by a new sandstorm, in a country where these climatic phenomena are only getting worse. 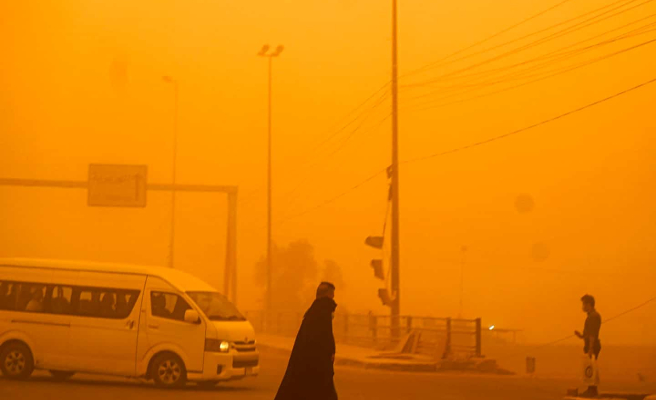 Airports and public administrations closed, exams suspended in schools and universities: when they woke up on Monday, Iraqis found the now familiar orange halo caused by a new sandstorm, in a country where these climatic phenomena are only getting worse.

The last episode of its kind had caused respiratory problems in part of the population, causing one death and forcing more than 5,000 people to go to hospitals for treatment.

Early Monday morning, the roofs of the city, the cars parked in the streets and even the furniture in the houses were covered with a layer of very fine yellow sand, noted AFP correspondents. The thick cloud of dust prevents residents from seeing the buildings located only a few meters away.

Due to "visibility of 300 meters", the Baghdad airport administration announced "the closure of airspace and the interruption of traffic at the airport" for the whole day, according to the report. official INA news agency.

The airport of Najaf, a holy Shiite city in the south, and that of Suleimaniya, in autonomous Kurdistan in the north, also closed for the day, according to the same source.

At least seven of the country's 18 provinces have announced the closure of public administrations, with the exception of health departments, including the capital Baghdad.

All schools in the country will be closed and exams postponed until Tuesday, the Ministry of Education announced. University exams have also been postponed.

The storm will gradually dissipate from Monday evening, according to the meteorological services.

Since mid-April, Iraq has experienced no less than eight storms in just a few weeks. The latest on May 5 had seen thousands of people flock to hospitals.

The authorities present Iraq as one of the five countries in the world most vulnerable to the effects of climate change and desertification.

Over the next two decades, Iraq is expected to experience "272 days of dust" per year and by 2050, the 300-day threshold will be reached, according to an Environment Ministry official.

Among the measures recommended to combat this phenomenon, the authorities cite “the creation of forests which act as windbreaks”.

1 The Ibex falls and stays at the gates of 8,300 points 2 Renault's Russian factories pass into the hands... 3 NATO: the Finnish and Swedish Parliaments examine... 4 Russia says Finland and Sweden joining NATO would... 5 Weather in Quebec: drop in mercury and return of rain... 6 New Zealand sanctions Lukashenko and other senior... 7 Indra intends to accept offers to sell bonds for a... 8 Honestly, isn't it better to break the rules? 9 NATO: the candidacies of Sweden and Finland, a "serious... 10 In Toronto: time is running out 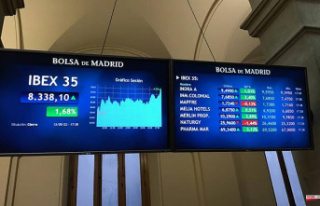