A crucial element for the financial sustainability of Social Security in Spain is the ability of current workers to cover the benefits received by beneficiaries with their contributions. 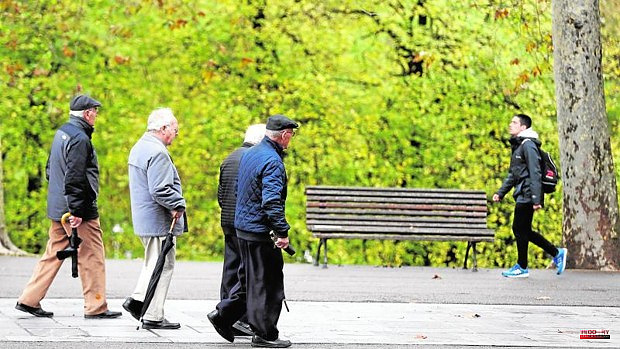 A crucial element for the financial sustainability of Social Security in Spain is the ability of current workers to cover the benefits received by beneficiaries with their contributions. Beyond the problems generated at this level by demographic aging that devastates practically all developed countries, the growing cost of payments received by retirees who leave the labor market also combine the perfect storm for the tightening of accounts of the system.

In the case of Spain, the situation shows a sharp increase in the amounts of new payments entering the system. Those who access retirement have gone from receiving an initial pension of 1,389 euros per month in 2012 to 1,502 euros per month shown by the latest official Social Security records for the month of April.

In other words, pensions have become more expensive by 8.1% in the last decade.

The trend, although consistent with the improvement in the contribution careers and the working life of the workers of the 'baby boom' generation who are beginning to retire now, will generate a tension in the Social Security accounts, mainly due to the decrease parallel to the employed population -responsible for paying pensions-. The framework of the photograph, beyond this trend caused by a drop in the birth rate and a progressive increase in life expectancy, is completed by observing how these new retirees already have a higher income than several million of the current workers in Spain.

Specifically, these pensioners enter the system with payments that exceed by 50.2% the amount received for working by the two million workers in Spain subject to the minimum interprofessional wage (SMI). This has stood at 1,000 euros since last January 1 and, according to the INE, affects 18% of the employed population in our country.

Not only at this point is the imbalance of the distribution system observed. This amount, in addition, as ABC advanced after conceding the jump in benefits above 1,500 euros, also means touching the average salary in up to six autonomous communities.

In fact, the problem of the relationship between the payment of pensions and the income of contributions seems to worsen over time. If there are currently about 2.2 workers responsible for paying a pension, the Bank of Spain estimates that this proportion - known as the dependency rate - falls to 1.5 employees per pensioner.

This dependency rate between members and pensioners, not in vain, has remained above 2% since there are records (1990), although it reached close to 3% in 2007. The Bank of Spain warns that between 2010 and 2060 there will be a 34 point increase in the dependency ratio. This demographic evolution would imply an increase in pension spending of between 4.7 and 12.2 percentage points of GDP in 2050, according to the supervisor's calculations.

1 Sánchez approves 17,295 million in large weapons... 2 We can charge against military spending while your... 3 Luis Lorenzo, a gallant turned alleged murderer by... 4 The Fourteenth against the Seventh 5 Real Madrid and Liverpool line-up today in the 2022... 6 Latin gangs: one of the Trinitarians of the last aggression... 7 Brandon Sanderson, the writer who raised 8 million... 8 Paris and the madridista obsession 9 End surreptitious influencer advertising and fake... 10 Alpes de Haute Provence. Montclar: This weekend, Montclar... 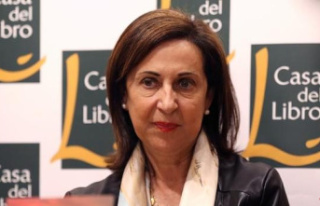