New Prime Minister in Sri Lanka, in the midst of an economic crisis

COLOMBO | Politician Ranil Wickremesinghe was sworn in as prime minister of Sri Lanka on Thursday with the task of forming a unity government amid economic crisis and after deadly clashes at protests this week. 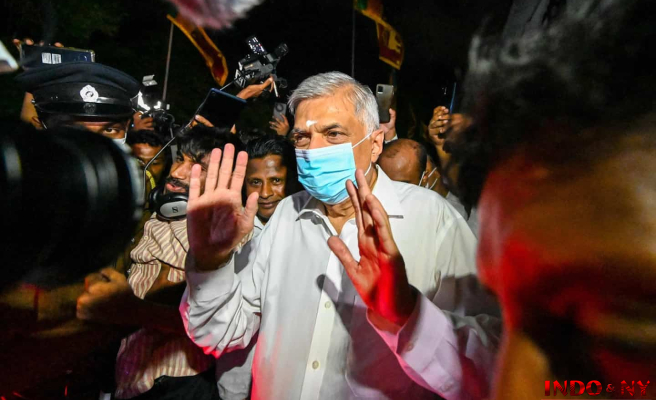 COLOMBO | Politician Ranil Wickremesinghe was sworn in as prime minister of Sri Lanka on Thursday with the task of forming a unity government amid economic crisis and after deadly clashes at protests this week.

• Read also: In Sri Lanka placed under curfew, the economy on the verge of collapse

• To read also: Sri Lanka: demonstrators defy the curfew, the UN condemns the “escalation of violence”

Wickremesinghe, 73, was sworn in, according to President Gotabaya Rajapaksa's media office, as the latter faces widespread protests demanding his resignation due to the country's worsening economic crisis.

The country of 22 million inhabitants, in the grip of the worst economic crisis since independence in 1948, lacks dollars to finance the import of basic necessities (foodstuffs, fuel, medicines). Widespread shortages have prompted daily protests across the country.

On Wednesday evening, during his first statement to the country since the start of the protests, Gotabaya Rajapaksa, 72, pledged to form a unity government. He then promised to “appoint a prime minister who will lead a majority in parliament and inspire confidence in the people”.

His brother Mahinda Rajapaksa resigned as prime minister on Monday after his supporters, armed with sticks and truncheons, attacked peaceful demonstrators who had been protesting for several weeks.

The assaults sparked clashes that have left at least nine people dead and more than 225 injured since Monday, police said.

A curfew, in force throughout the territory since that day, was lifted Thursday morning to allow the population to go out to get supplies but was to be imposed again in the afternoon.

A court on Thursday banned the ex-prime minister, his son Namal and 15 of his allies from traveling abroad due to violence against anti-government protesters.

Ranil Wickremesinghe, 73, was tipped to take over as prime minister, which he has held five times since 1993.

He is the only member of the United National Party (UNP) since his rout in the August 2020 legislative elections. Mr. Rajapaksa then won a two-thirds majority in the assembly.

He will have to form a "unity government" with the support of all parties in the parliament with 225 deputies.

Since the flood of defections suffered by the presidential camp in April, no political group has enjoyed an absolute majority.

Wickremesinghe has worked closely with Mr. Rajapaksa over the past two months to overhaul the Ministry of Finance and Central Bank for sweeping fiscal and monetary reforms, the source said.

Officials said it was in this context that newly appointed Central Bank Governor Nandalal Weerasinghe on April 12 announced the default on Sri Lanka's $51 billion foreign debt.

It is still within this framework that he almost doubled interest rates and allowed the devaluation of the rupee to ensure better liquidity of foreign currencies in commercial banks.

On Wednesday, hours before the presidential address, Mr. Weerasinghe had warned that the economy was on the verge of reaching a point of no return.

"If there is no government in the next two days, the economy will collapse and no one can save it," he warned.

The main opposition party, the SJB, had initially been invited to lead a new government, but its leader Saith Premadasa refuses to govern under the authority of the president, whose resignation he demands beforehand.

“The central question of the economy”

A dozen SJB MPs have pledged to support Mr. Wickremesinghe, seen as a pro-Western reformist, supporter of free trade.

“We have wasted too much time in Parliament without addressing the central issue of the economy,” said opposition MP Harin Fernando. According to him, the country “needs at least $85 million a week to finance essential imports”.

Sri Lanka is currently in talks with the International Monetary Fund (IMF) for a possible bailout.

1 A dismissal with class 2 LNH: Matthews, McDavid and Shesterkin bid for the... 3 Youth and Homelessness: How The Home Depot Canada... 4 A field of the Montreal Impact Foundation will be... 5 COVID-19: Dubé and Blais will continue to wear the... 6 COVID-19 in Quebec: 25 additional deaths 7 Jen Psaki, face of a heckled Biden presidency, gives... 8 Theft of fossils: a Montrealer is fined 9 A woman is tied while her partner is beaten 10 Shootings in the Montreal region: Operation Centaur... 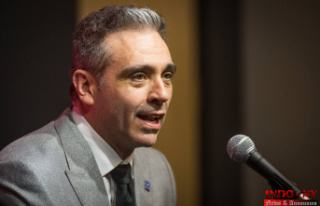 A dismissal with class