It is an equation with several unknowns. 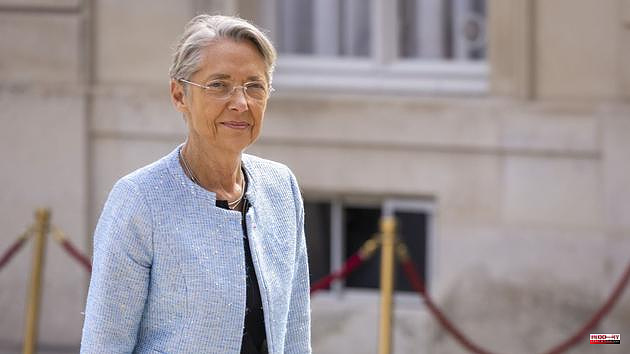 It is an equation with several unknowns. That of the first reshuffle of the Fifth Republic led by a president elected for a second term. Hence the complexity of the equation. How to combine stability and renewal? How to extend the overshoot? All while respecting political and territorial balances as well as parity...

Three weeks after his election, four days after the appointment of Elisabeth Borne to Matignon, the Secretary General of the Presidency of the Republic, Alexis Kohler, presented Emmanuel Macron's solution by listing the list of new members of the government on the front steps of the Élysée.

From which it appears that the Head of State has favored stability, as if to extend the achievements of his first five-year term. First by extending the mandates of Bruno Le Maire in Bercy, Gérald Darmanin in the Interior and Éric Dupond-Moretti in Justice. Clément Beaune sees his mandate renewed in European Affairs. “We have tried a lot of things in this country, but if there is one thing we have never tried, it is stability”, pleads a reappointed minister. So go for stability.

In this logic, ministers from the old executive are also kept in the new one, but in different positions in a vast game of musical chairs. This is the case of Marc Fesneau, who arrives at Agriculture. This is also the case of Olivia Grégoire, appointed government spokesperson to replace Gabriel Attal, who is moving to the Budget. This is also the case of Sébastien Lecornu, promoted to Minister of the Armed Forces. This is finally the case of Olivier Véran, who moved to Relations with Parliament. He is replaced at Health by Brigitte Bourguignon. Political signal: Agnès Pannier-Runacher moves from Industry to Energy Transition.

And then, there are finally the graduates of the macronie, like Stanislas Guerini, the boss of LREM, who arrives at the Public Service, the cultural adviser of Emmanuel Macron, Rima Abdul Malak, who settles in Rue de Valois, or Yaël Braun-Pivet, president of the law commission at the Assembly, appointed to the Overseas Territories.

In this new executive, a few heavyweights of macronie are however conspicuous by their absence, such as Julien Denormandie, who wishes to "devote more time to (his) family". The general impression remains that of a government of continuity, more politically dense than that of Edouard Philippe in 2017, but, ultimately, in the extension of the first five-year term of Emmanuel Macron. With a plethora of ministers from the right in key positions, as if to compensate for the presence at Matignon of a woman from the left.

So, to embody the change, it was necessary, if not strong figures, at least striking symbols. Like Catherine Colonna, the former spokesperson for Jacques Chirac, who moved to the Quai d'Orsay. Like Pap Ndiaye, historian of immigration and minorities, who arrive at National Education to bring one of the flagship reforms of the new five-year term. Like Damien Abad, too, the former boss of the LR deputies, who enters the government with the portfolio of Solidarity, Autonomy and Disability. With the additional charge of embodying the pursuit of overcoming political divisions, Emmanuel Macron's trademark. For the latter, however, the “fishing” is proving to be much less fruitful than five years ago.

“It is a joint government, with ministers who come from the right, the center and the left”, underlined Élisabeth Borne Friday evening at “20 Heures” of TF1 while underlining her closeness with her two predecessors, Édouard Philippe and Jean Castex. They came from the right, she from the left. The logic of overtaking continues.

From now on, the government is complete, as if Emmanuel Macron did not envisage too big adjustments according to the result of the legislative elections of June. It is also the challenge for him to launch his second term without making the June electoral meeting an obstacle, but without avoiding it either. Moreover, “the first bill examined by the new assembly will relate to the subjects of purchasing power”, announced Élisabeth Borne. The theme on which Marine Le Pen campaigned, the one also on which Jean-Luc Mélenchon tries to surf.

1 Inflation: “Companies that can increase wages must... 2 Fuels, energy, food… What the “purchasing power”... 3 TV rights: L'Équipe will broadcast the qualifications... 4 Fuels: the liter of SP98 returns to the symbolic bar... 5 Pensioners' unions want at least a 4.5% increase... 6 "The horizon has darkened" on the economy,... 7 Russia: a former Minister of Transport at the head... 8 The Livret A accounts for 1.87 billion euros net in... 9 Government: portfolios for housing and transport after... 10 Boarding for Cannes: those who love Chéreau will... 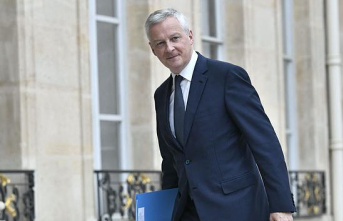 Inflation: “Companies that can increase wages must...