Wall Street had another black session on Wednesday, one of the worst since 2020, initiated the day after a rebound by a series of bad announcements from major retailers, which raised fears for consumption and corporate profits. 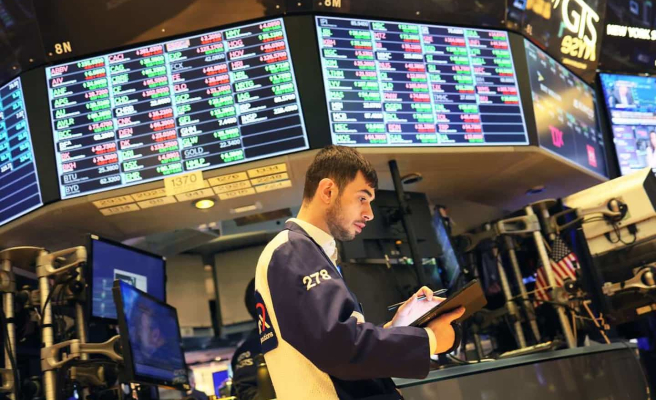 Wall Street had another black session on Wednesday, one of the worst since 2020, initiated the day after a rebound by a series of bad announcements from major retailers, which raised fears for consumption and corporate profits.

The Nasdaq fell 4.73% to 11,418.15 points, even sinking 5% shortly before the close. The index with strong technological coloring is now 30% below its peak. The

The dramatic drop in Target supermarket stock (-24.87% to $161.73) — a rare magnitude of depreciation in the retail industry — captured investors' attention as it showed how much the rise prices are beginning to weigh on consumption and corporate profits.

The chain accused a halving of its quarterly profit and its boss, Brian Cornell, complained of cost increases. He warned that sales would fall in 2023. Fuel and freight costs jumped by a billion dollars for the group.

“We started the session at half mast because Target presented these horrible earnings prospects,” commented Karl Haeling of LBBW.

“Then the market sell-off became self-sustaining and the more the indices fell, the more the market worried about issues of future earnings, operating margins, recession and so on,” he continued.

The collapse of Target, a chain of mid-range stores, echoed the disappointing results of Walmart (-6.84% to 122.36 dollars), the number one discount retailer more popular among low incomes, this which worried investors more.

“People are buying expensive products less and less and are turning more and more to white label products,” noted Gregori Volokhine, quoting the words of the management of the chain stores.

"Low incomes are Walmart, middle incomes are people who buy at Target, so it's going up the pyramid," noted the Meeschaert analyst, referring to the impact of inflation on spending. consumers.

"The reality is not very good for consumption, we have to face it," he added.

The eleven sectors of the S

Pass on the costs

After seven weeks of losses and this new brutal fall, the Nasdaq, which includes a number of technology stocks, returned to its level of November 2020. The Dow Jones star stock index and the S

“Today’s sell-off is about companies’ ability to pass on higher costs. We asked ourselves the question, well we had the answer in a way with the results” from Target in particular, explained Quincy Krosby, chief strategist for LPL Financial.

“Granted, consumers continue to spend, but many of the major retailers are unable to pass on labor costs and higher prices driven by a still constrained supply chain,” he said. she diagnosed.

According to her, “the fear for growth hangs in the market intermittently and has intensified as we begin to discount a deeper slowdown”.

Yields on 10-year Treasuries eased reflecting purchases of safe-haven bonds, the price of which rises when their yields fall. They stood at 2.87% against 2.99% before the market opened.

"It looks like we haven't hit rock bottom," lamented Karl Haeling. "It's almost a bit disappointing to see that the VIX volatility index hasn't exploded more, as if the panic, the big panic, wasn't there yet," he said. The barometer, known as the “fear index”, stood at around 30 points, falling below its level at the start of May.

1 Lightning: the attractions of a champion team 2 CFL: Players in Alberta to join strike Thursday 3 The Cutty Sark Spirit of Adventure returns to Palamós 4 France team: Giroud and Pogba alone absent from a... 5 Athletic creates the first supporters' club in... 6 Inflation: the opposition is getting impatient in... 7 A driver in critical condition after a serious accident... 8 Provincial elections: a battle of environmentalists... 9 Criticism of 'Mama Mou Comes Home' (2021):... 10 Charlotte Cardin cancels her concert at L'Impérial... 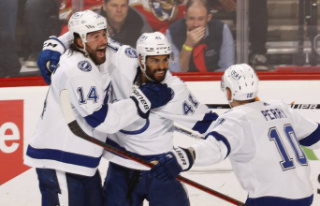