Netflix, from Galicia 'to heaven' with Luis Tosar

The Galician accent predominated in the filming of the latest series directed for Netflix by Daniel Calpasoro. 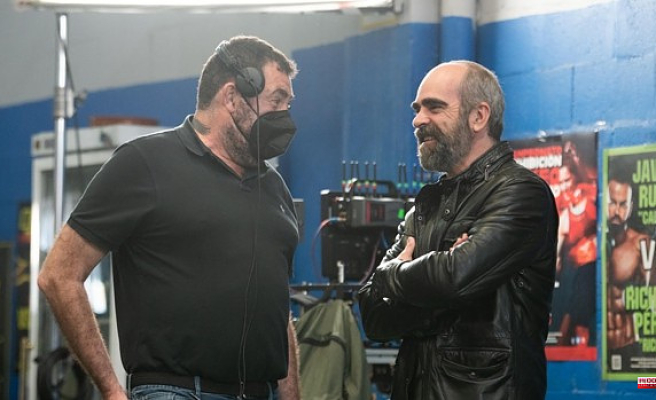 The Galician accent predominated in the filming of the latest series directed for Netflix by Daniel Calpasoro. The accent of Luis Tosar, the most renowned Galician actor, resonated in the A Grela A Coruña industrial estate, but also that of dozens of technicians and professionals from Vaca Films, the production company from A Coruña that these days is shooting part of the seven episodes of 'To heaven'. Diego Ávalos, vice president of Netflix content in Spain and Portugal, summed it up this Friday during filming: «It is a global production from Spain to the world, but with a very important leg in Galicia, not only because of the talent in front of the camera but also behind.

It is not the first time that Netflix and Vaca Films -producer of blockbuster titles such as 'Cell 211', 'El Niño' or 'Who kills with iron'- have worked together.

And they are currently collaborating on two other projects that have not yet come to light. Emma Lustres, founder of Vaca Films, thanks the platform for "its philosophy of decentralizing production." "It is essential to be able to do things from all places because it enriches and adds up," added Lustres to the press. And it is that not everything that is done in Spain “has to be told from Madrid”. Galicia, for example, "goes a long way."

Calpasoro's new film, a 'thriller' starring a gang of thieves who manage to put the Madrid police in check, is a good example of this decentralization strategy. The team, made up of two hundred professionals, began shooting a good part of its scenes in Galician locations in mid-February. Sequences were filmed in Paris, Madrid, the Algarve (Portugal), Lisbon, but also in Santiago, Ferrol, Lugo, and, above all, La Coruña. In the city of Hercules they recorded a spectacular car chase in the third round – which forced to cut one of the main access arteries to the city. And this Friday, for example, Calpasoro directed a scene, with the young actor Álvaro Rico –known for the successful series Elite– as the protagonist, in a gym on one of the A Coruña ships.

The Galician 'pedigree' is palpable in the scenes that ABC has been able to see from 'Hasta el cielo'. However, unlike other products that feed on its landscapes, peasants and monuments, in this new series from Netflix and Vaca Films the Galician DNA is not so evident. "Possibly they are not places that are so well-known by the public, because they are not so much outdoors, or they are more at night," confirmed Lustres. Many scenes, for example, are shot in Galician polygons such as A Grela, which pretend to be in the city of Madrid, as Tosar pointed out in a talk with journalists.

The director of Cultural Industries of the Xunta, Jacobo Sutil, who this Friday approached the shooting 'set' of the A Grela polygon to greet those responsible and protagonists of the series also claimed the Galician nature of the production. “Everything that moves a shoot like this is very important. In Galicia we are lucky to have companies such as Vaca Films, capable of joining efforts, projects and signing a platform as important as Netflix », he reflected in an attention to journalists. "Galician audiovisual has a highly developed sector, with experience," added the regional official, who recalled that Galician Television has always been characterized as a great school for technicians and actors, who now succeed beyond Padornelo. Without going any further, from Tosar himself, catapulted two decades ago by his role as a judge of the imaginary Portozás in the series 'Mareas Vivas'.

In a few days, the team of 'Hasta el cielo', a seven-episode series sequel to the film with the same title –also directed by Calparsoro and starring Tosar–, will pack their bags for Nigeria to shoot pending scenes. And it is that, as Calparsoro explained, those who dedicate themselves to the seventh art have something of a life of "carnivals", always with their suitcases at the door. The Galicians of the team, by filming a large part in the Community, have saved several trips. There is no release date yet: the Galician public must wait for the inevitable exercise of trying to recognize familiar locations in the images. This Friday, a journalist was able to recognize a bar in the A Coruña industrial estate in one of the scenes.

1 Acquisitions of nationality grow by 50% in Castilla... 2 These are the cheapest hours of electricity this Saturday,... 3 The alleged killers of Paraguayan prosecutor Marcelo... 4 What is a 'walkover' in tennis and what... 5 A boat will travel to the site of the Pitanxo shipwreck,... 6 Casper Ruud will face Nadal in the final after beating... 7 Tomás Rufo and Malvarrosa: a fight to the death 8 Casper Ruud meets his idol Nadal in the Paris final 9 Russia could be staying in Ukraine after 100 days... 10 Former Trump aide Navarro indicted by the Jan. 6 panel 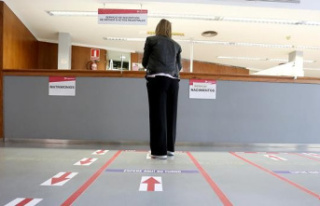 Acquisitions of nationality grow by 50% in Castilla...