Moscow will probably get Turkey to help export Russian grain and fertilizers through the Black Sea, but the possibility of Ukrainian grain from the port of Odessa joining that food flow is very unlikely. 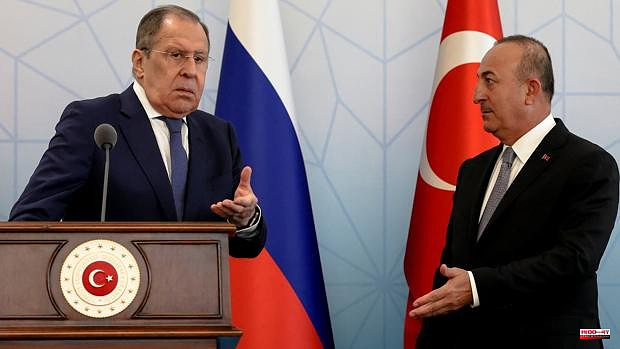 Moscow will probably get Turkey to help export Russian grain and fertilizers through the Black Sea, but the possibility of Ukrainian grain from the port of Odessa joining that food flow is very unlikely. kyiv fears that demining its coast to guarantee the safe navigation of freighters would make it easier for Russia to attack by sea, despite the promises made yesterday by the Russian Foreign Minister, Sergey Lavrov, that they will not take advantage of such a circumstance.

Lavrov met yesterday in Ankara with his Turkish counterpart, Mevlut Cavusoglu, to whom he proposed four routes to export cereals: through Berdyansk and Mariupol, ports currently under Russian occupation, Odessa, the only one proposed by Russia under Ukrainian control. , by the Danube River to Romania and by rail to Hungary, Poland and Romania.

Ukraine already uses the alternatives to Europe by river and rail. The one that is not being able to use is the maritime one because of the presence of Russian warships in the Black Sea.

But the negotiations do not advance. Firstly, because no Ukrainian representative participated in the meeting yesterday and, secondly, because kyiv does not trust Moscow's “good will”. The spokesman for the Odessa Regional Administration, Sergei Brachuk, yesterday ruled out the demining of the coasts, since, in his opinion, “in that case they will want to attack. Russia dreams of sending parachute troops." "The Russian Black Sea fleet will feign a retreat to annexed Crimea. But as soon as we clear access to the port of Odessa, they will appear here," Brachuk stressed through his Telegram channel.

Ukrainian Foreign Minister Dmitro Kuleba declared on Monday that “President Putin says that he will not use trade routes to attack Odessa (…) but he also assured that he did not intend to invade our country. We cannot trust Putin, his words are worth nothing ». In any case, Lavrov promised yesterday that his country "will guarantee the security of the access of the ships after the unblocking of the ports and will not use it in the interests of the special military operation", a term with which the Russian authorities refer to the invasion. from Ukraine. But Brachuk yesterday made it a condition for demining that Ukraine receive anti-ship missiles from the West and that the convoys be escorted by Turkey and other NATO countries, not Russia. kyiv also rejects Moscow's demand that ships with cereals can be inspected by Russian ships in order to prevent them from carrying weapons on board.

In his appearance before the press in the company of Cavusoglu, Lavrov declared that "if, as our Turkish friends say, the Ukrainian side is ready to establish a safe passage of ships away from the mines, then the question can be resolved" of the grain export. But, except for promises that no one believes in kyiv, the head of the Russian Diplomacy did not speak of the implementation of any mechanism capable of eliminating Ukrainian reticence.

Kuleba responded yesterday to Putin's words, spoken over the weekend during a television interview, that the cause of the food crisis is the sanctions adopted by the West against Russia, assuring that "the real cause of this crisis is the Russian invasion , not sanctions”, an opinion shared in Washington.

Meanwhile, the Ukrainian president, Volodymyr Zelensky, carries out his own plan to unblock the cereals with the help of the West. The Ukrainian president has already spoken with London and yesterday he did so with the German chancellor, Olaf Scholz. According to the German government spokesman, Steffen Hebestreit, both leaders analyzed by phone the possible variants to unblock the export of grain, thus removing the threat of famine in Africa and stopping the rise in prices.

1 The Government rules out the introduction of tolls... 2 Summer schools gain prominence in Murcia and the Vega... 3 The catastrophe of Imserso de Belarra for hotels:... 4 Albares, on Algeria: «We will give a serene, constructive... 5 From "reliable partner" to "extraordinary... 6 Del Rivero accuses the judge of doing "sleight... 7 Spain evacuates 2,000 people in a race against the... 8 Concerns about Cholera in an Occupied Ukrainian City... 9 The prudent strategy of Marc Márquez 10 Two valuable works of art stolen in Italy recovered... 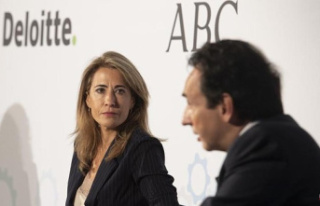 The Government rules out the introduction of tolls...