NBA: The Magic get the first choice

The Orlando Magic will have the opportunity to pick first in the upcoming NBA draft. The Orlando Magic will have the opportunity to pick first in the upcoming NBA draft.

• Read also: The Heat capture the first game of the Eastern Finals

• To read also: Kemy Ossé: a player on a mission for the Alliance

On Tuesday night, the Florida team won the lottery and thus earned the first round of talks for the first time since 2004. At the time, they selected Dwight Howard, straight from high school.

Initially, Magic president Jeff Weltman was to represent his club in the lottery, but eventually coach Jamahl Mosley got the job.

"[In the past] I haven't been very good at it," Weltman told ESPN. It's funny. Our coach felt lucky and we let him roll the dice. Tonight [Tuesday], he is the coach of the year!”

"For the fans and the organization, it's so exciting," Mosley said. There is a lot of positive for our organization, our group and our fans. It's going to be special."

By virtue of their 22-60 record this season, the Magic had a 14% chance of getting their hands on the first pick. This was also the case for the Houston Rockets and the Detroit Pistons. These two teams will speak third and fifth respectively.

The Oklahoma City Thunder got the second overall pick, while the Sacramento Kings round out the top 5 with the fourth pick in the first round.

The best prospects for the next NBA Draft are forwards Jabari Smit (Auburn) and Paolo Banchero (Duke), as well as center Chet Holmgren (Gonzaga).

Quebecer Bennedict Mathurin (Arizona) is also considered one of the best prospects for the 2022 draft. Some even believe that he will be selected among the top 10.

The next NBA auction will take place on June 23 at the Barclays Center in Brooklyn. 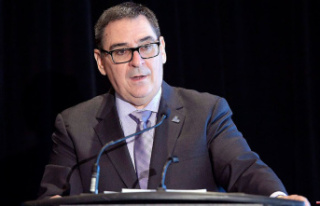 The QMJHL presents its model students