The Los Angeles Lakers have recovered from their slump against the Indiana Pacers and won their home game against the Portland Trail Blazers in the NBA. 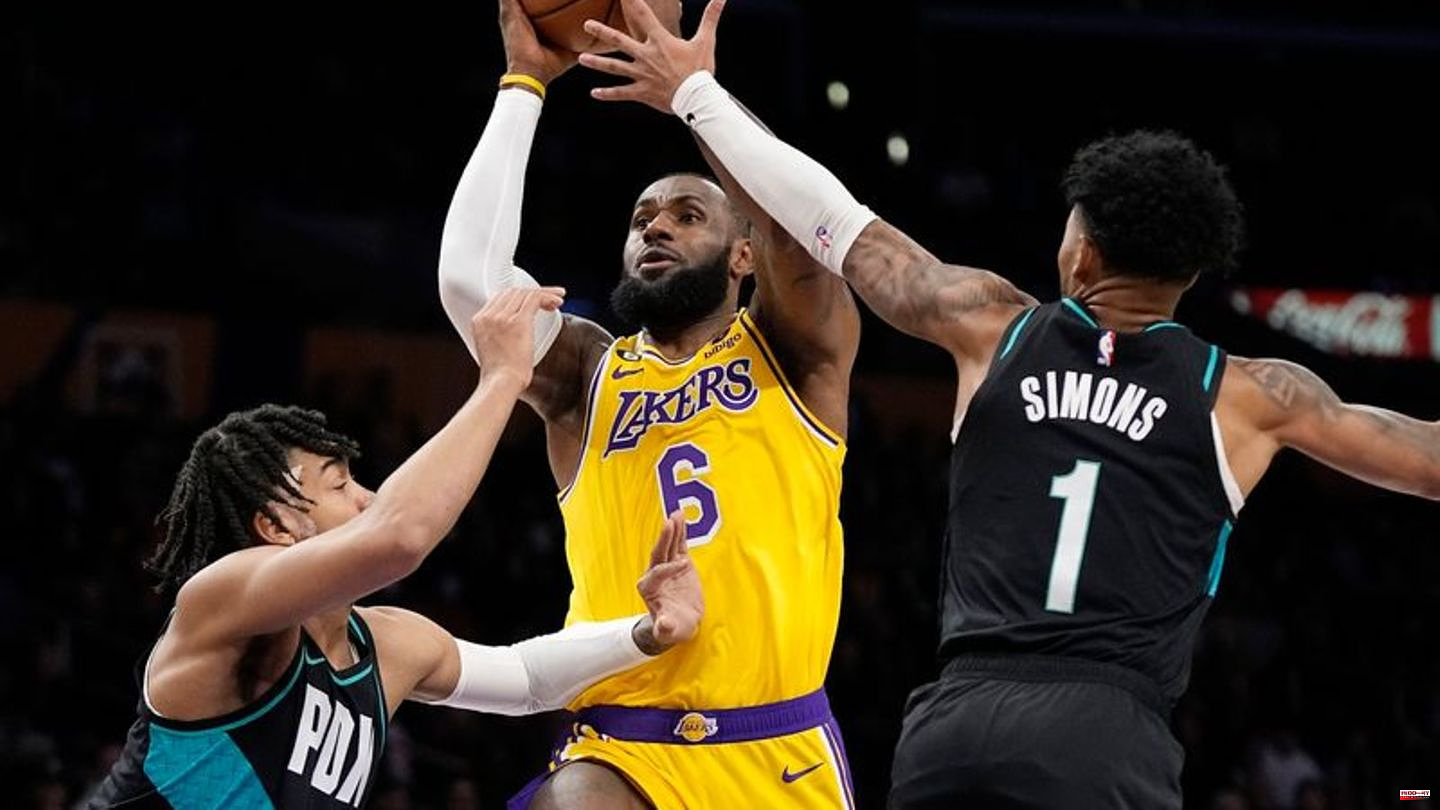 The Los Angeles Lakers have recovered from their slump against the Indiana Pacers and won their home game against the Portland Trail Blazers in the NBA. Led by superstar LeBron James, the team led by national basketball player Dennis Schröder scored 128:109.

Two days earlier, the team had squandered a 17-point lead in the final quarter, this time a 19-point lead never dwindled to less than 13 in the final period. It was the eighth win of the season for the Lakers.

James was the best scorer of the game with 31 points, Schröder scored six points, five assists and one rebound.

Neither of the two came close to Jayson Tatum, who scored 49 points, 11 rebounds and 3 assists in his Boston Celtics' 134:121 against the Miami Heat and thus also entertained Prince William and his wife Kate among the spectators in Boston . The Celtics are now the only team in the league to have 18 wins this season.

The number two in the Eastern Conference, the Milwaukee Bucks, won 109:103 against the New York Knicks around Isaiah Hartenstein. Moritz and Franz Wagner lost with the Orlando Magic for the 17th time this season and conceded a 108:125 against the Atlanta Hawks. Franz Wagner was the best thrower of his team with 22 points.

In the Western Conference, the Phoenix Suns beat the Chicago Bulls 132-113. The Denver Nuggets came out 120-100 against the Houston Rockets and are now one win behind the Suns with 14 wins.