The 2022 Manomanista final will be remembered, among other things, for being the first to be held in Navarre, outside of Bizkaia, Gipuzkoa and Araba. 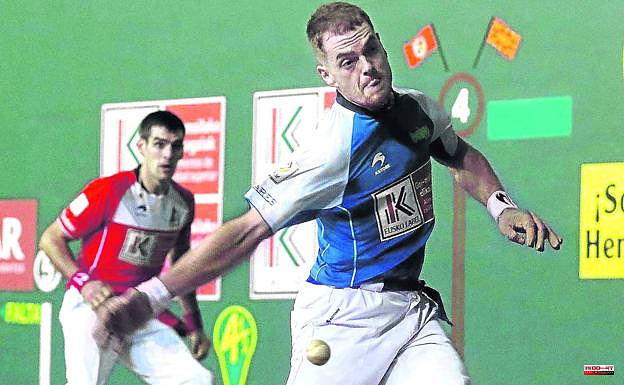 The 2022 Manomanista final will be remembered, among other things, for being the first to be held in Navarre, outside of Bizkaia, Gipuzkoa and Araba. Since months ago Baiko and Aspe announced the venue for the match that would decide the title, the Navarran pelotaris and pelotazales demonstrated a natural love reflected in their statements. There are those who saw it as the right opportunity to break Gipuzkoa's recent dominance, reflected in four consecutive txapelas and five of the last six: two from Irribarria (2016 and 2019), two from Altuna III (2018) and 2021) and one from Jaka (2020).

Joseba Ezkurdia and Unai Laso, the new idol of the pelota courts, will be present in the most Navarran manomanista final of all, by stage, by fronton and also by origin of the protagonists. His will be the 29th copada by pelotaris from the community. And that they took to reach the first, the work of Juan Ignacio Retegi, the first of the Eratsun dynasty, in 1969.

Little did we have to wait to attend the first final between Navarrese in history, that of 1970 between Retegi I and Lajos, the first of a series of three that could well have been five since two of them, those of 1972 and 1976, did not arrive to dispute.

Later, in 1980, it was the turn of Retegi II and Maiz II, a combination that was followed by seven between Retegi II and Galarza III, the most repeated in the history of the finals of this competition.

Later came the Arretxe-Errandonea, the Beloki-Errandonea and three Beloki-Eugi, among which one was interspersed with the defender from Burlada and Fernando Arretxe as protagonists in 1999, the year in which Asegarce and Aspe each organized a Manomanista separately .

After a period of transition with Barriola-Beloki in 2002 and Patxi Ruiz-Olaizola II in 2003, Juan Martínez de Irujo and Aimar Olaizola opened an era marked by their duels in finals, five between 2005 and 2013. During that period also Olaizola II-Barriola in 2008 and the final won by leitzarras from Bengoetxea VI and Barriola in 2008 were experienced.

The one with Juan Martínez de Irujo and Julen Retegi in 2014, scheduled at the Atano III in Donostia, was the last one from Navarra until Ezkurdia and Laso got ready to play on Sunday the 29th in an unprecedented setting for the Manomanista, the Navarra Arena.

There are more curious numbers. No less than 38 consecutive finals between 1978 and 2015 had at least one Navarrese on the pitch. And in that period the title only escaped them three times at the hands of Tolosa in 1989, Xala in 2011 and Urrutikoetxea in 2015.

Laso or Ezkurdia, one of the two, will also become the 14th Navarrese champion in history.

1 The metal unions of Bizkaia demand the IPC and warn... 2 Rio Tinto boosts investment in Arvida 3 Being seventh and playing in Europe would leave a... 4 That defeat from which you have to learn 5 Legault's linguistic approach makes people unhappy... 6 A sustainable development award for Trois-Rivières 7 Transport services are reviewing their way of doing... 8 Carol Zhao surprises, but bows 9 Tammara Thibeault secures medal at worlds 10 The Rocket don't shy away from an ultimate road... 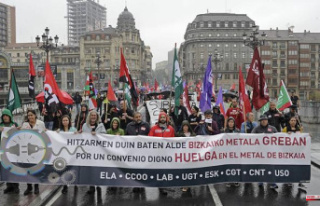 The metal unions of Bizkaia demand the IPC and warn...