NATO Summit: the anti-system challenge the State and will go to Tirso de Molina on Wednesday

The prohibition by the Government Delegation in Madrid of the demonstration against NATO, communicated by an individual for Wednesday, June 29 at 8:00 p. 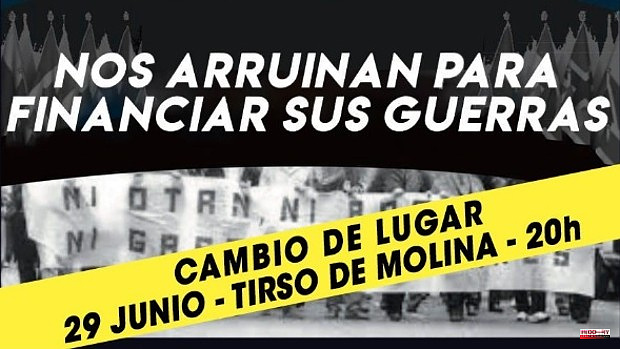 The prohibition by the Government Delegation in Madrid of the demonstration against NATO, communicated by an individual for Wednesday, June 29 at 8:00 p.m. on Atocha Street, has not curbed the thirst for protest of the so-called Anti-Repressive Movement, one of the anti-system groups most committed to boycotting the NATO summit. Thus, after the refusal of the authorities "for security reasons", the radicals have announced on their networks that they will go to the Plaza de Tirso de Molina, on the same day and at the same time, to exercise their "legitimate right to protest" .

In a brief message, the Antirepressive Movement has pointed out that "resistance is the only way to win our rights."

From the Government Delegation, on the other hand, they explain to ABC that the new concentration has not even been communicated, being out of time given that all calls need between 10 and 30 days in advance. In any case, it is not the first time that the radicals have gone to the indicated place without this requirement, so the National Police could prevent any attempt to demonstrate.

Whatever happens, the anti-system have already begun to trace their particular network in order to prevent their members from being left unprotected. For this reason, they have released the name of the lawyer, Alejandra Matamoros Alexandrova, a regular on the lists of previous calls and in charge of defending, among others, the imprisoned rapper Pablo Hasel. “These days when Madrid is completely militarized, we will take to the streets to express our rejection of the NATO summit and the government that supports it. To do it safely, write down or memorize the name of the lawyer on duty, “they have specified. Her work will extend between June 24 and 29, throughout the “NATO Counter-Summit in Madrid”.

To heat up the atmosphere, the Antirepressive Movement published a statement a few days ago under the title "Criminal NATO, complicit government." In the text, they speak of the "peak of crime", a scenario where "the warlords will appoint a new commander-in-chief and plan on which lands they will unleash the next massacres and plundering or which new partners will join their gang of assassins». To this is added the rejection of the Spanish Government, "which wants to give progressive overtones", with parties such as Podemos or the PCE, "which have participated in this facelift towards NATO war criminals."

After these outbursts, they hope that on June 29 "the streets of Madrid will be an outcry against the policy of war and the destruction of Biden, Jhonson, Sánchez and the EU." And they end with a warning to navigators: «We are not staying at home. We will not stop before their policy of terror and their host of mercenaries armed to the teeth that they will bring to our city to repress our rights in order to guarantee the comfort of this rabble. We are not going to let them shut us up." 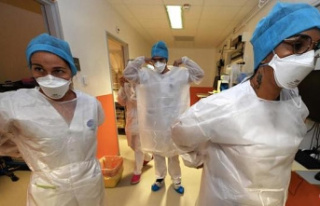 Those hospitalized for covid in Castilla-La Mancha...