NATO rises from its "brain death"

From an undervalued organization, even considered stale by its detractors, to an object of desire. 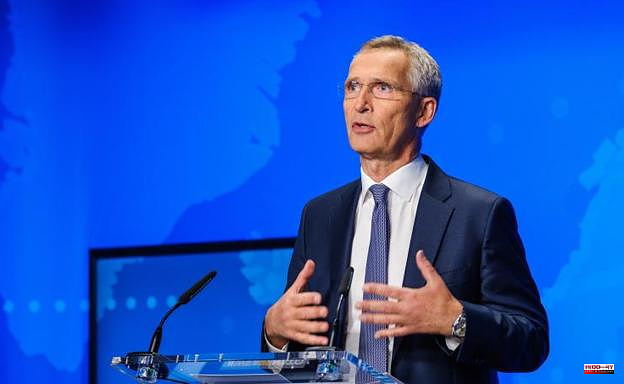 From an undervalued organization, even considered stale by its detractors, to an object of desire. The Russian invasion of Ukraine has changed the perception of NATO. It has triggered the feeling of insecurity. And that has led to historic changes, unimaginable until recently, such as Finland and Sweden, committed to neutrality for decades, calling for rapid accession. This Tuesday the first minister of Scotland also introduced that scenario as a future one. As very futurible, in fact.

Nicola Sturgeon, defended that if the territory achieved independence from the United Kingdom, it would ask to be part not only of the European Union, but also of the Atlantic Alliance. “There is no doubt that the events of the last three months have reinforced my idea that this position is definitely the right one, the essential one,” he added.

This rebound in 'popularity' towards an institution that does nothing is striking. Last August, without going any further, it was co-responsible for a hasty withdrawal from Afghanistan - the Joe Biden Administration made the effective decision. He had spent two decades in a country that he wanted to democratize. And he didn't get it. The Taliban took power and it was decided to abandon it "to avoid renewed attacks and an open combat mission", as the general secretary, Jens Stoltenberg, acknowledged at the time.

A complete failure. That also came when the beginning of a new era had been announced with the replacement of Donald Trump in the White House months before. Because with the Republican leader came the most visible episodes of internal tensions; the blushing images that ended up bursting the pompous strategic meetings of leaders. To remember, the push of the American to a prime minister, the reproaches of late payment from the US to Europe, or the mockery in a high-level group.

And of course Emmanuel Macron's diagnosis in November 2019. Remember? NATO "is brain dead." After those turbulences, the EU strove to achieve strategic autonomy in security and defense -without breaking ties, yes-. And although the process continues its course, short-termism prevails. NATO is reborn.

And, it is insisted, thanks to Vladimir Putin. The autocrat gave among 'his' reasons to justify the aggression of Ukraine (the war has already been going on for 84 days), a «new war strategy» of the Alliance; that it was getting too close to its borders. And seeking to stop it he has achieved the opposite. It is true that NATO has clearly said 'no' to kyiv's aspirations - which, frankly, were never going to be met. But Moscow has found two express adhesions that it did not expect. With the two Nordic countries, the Alliance consolidates the flank of the Baltic Sea, considered, in fact, as the weakest - only Finland 'provides' 1,300 kilometers of border with the Russian 'enemy'.

An achievement that not even NATO imagined. In fact, until the outbreak of the conflict, only three partner countries had declared aspirations to join the organization: Ukraine itself, Bosnia and Herzegovina and Georgia. Article 10 of its founding treaty is the basis of this "open door policy" that now seems to be accelerating. It has not always been that way. Since 1949, its founding year, NATO has grown from 12 to 30 countries through eight rounds of enlargement. The last to join their ranks was North Macedonia. It entered on March 27, 2020.

1 Putin and his accomplices banned from entering Canada 2 British MP arrested for alleged rape and sexual assault 3 China plane crash: Data suggests deliberate act from... 4 Trudeau deplores the holding of a soccer match between... 5 Threats against Gatineau schools: a fourth teenager... 6 A pedestrian street will see the light of day in Longueuil 7 The Oilers want to keep a cool head 8 Bill Guerin cannot guarantee the return of Kevin Fiala 9 At 112, a Venezuelan becomes the oldest man in the... 10 'Growing number' of unidentified objects... 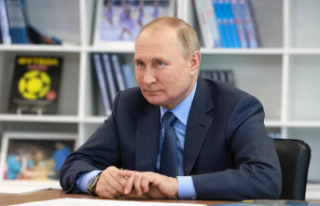 Putin and his accomplices banned from entering Canada