NATO receives application for membership from Sweden and Finland

The Secretary General of NATO, Jens Stoltenberg, received this Wednesday the request for accession from Sweden and Finland to the military organization, a moment that he has described as a "historic step" and that he has asked to take advantage of for the benefit of collective security. 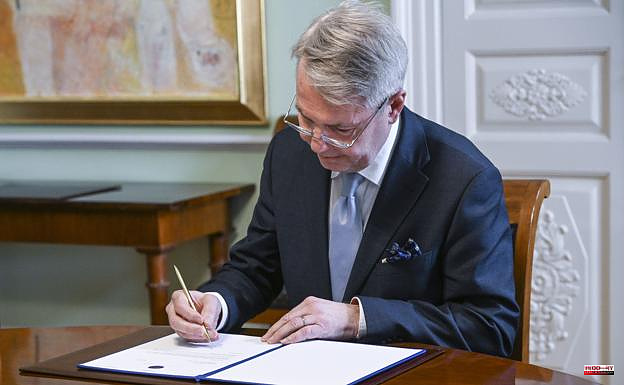 The Secretary General of NATO, Jens Stoltenberg, received this Wednesday the request for accession from Sweden and Finland to the military organization, a moment that he has described as a "historic step" and that he has asked to take advantage of for the benefit of collective security.

In an act at the Alliance headquarters in Brussels, the Finnish and Swedish ambassadors accredited to NATO, Klaus Korhonen and Axel Wernhoff, delivered the 'letter of intent', a document signed by the foreign ministers and which is equivalent to a request formal to enter NATO.

In a statement without questions after posing next to the Swedish and Finnish ambassadors and documents, Stoltenberg described as a "historic step" that the two Scandinavian countries officially request membership in NATO and, after assuring that the security interests of the 30 allies, has opted to review the candidacy soon and "reach conclusions quickly".

“All allies agree on the importance of NATO expansion. We agree that we must be together and that it is a historic moment that we must take advantage of, ”said the former Norwegian prime minister.

Stoltenberg has defended the sovereignty of each country to make its own security decisions and choose its alliances, emphasizing the internal democratic process of both Nordic countries that has led to request their entry into the organization.

Regarding the security guarantees during the interim period, the period in which Finland and Sweden will be de facto members of the Alliance but will not be covered by the collective defense clause, the Secretary General has made it clear that different allies have committed to the security of future members and recalled that NATO "will continue to adapt" if necessary in the Baltic region.

With the step taken today, Helsinki and Stockholm formally launch the accession process to the Atlantic Alliance. Now the candidacy will be evaluated in the North Atlantic Council, NATO's decision-making body that brings together all the allies, and which will decide whether to open access negotiations with the aspiring countries.

This body meets this Wednesday, sources from the Atlantic Alliance have informed Europa Press, so it is not ruled out that both Scandinavian countries receive the go-ahead to start their access talks throughout the day.

Finland and Sweden are the two closest partners to NATO and already participate in many of its meetings, as well as exercises and missions. It also has modern armies aligned with allied standards, so brief negotiations are expected, the longest phase being that relating to the ratification of the protocol, since the process varies according to the members.

Both countries are heading for an accession that could be completed in record time, even before the end of the year if there are no obstacles such as those that Turkey has already begun to put on the table, which denounces links between Sweden and Finland with the Party of the Kurdistan Workers (PKK), a Kurdish organization considered terrorist by Ankara.

1 Ribera points out Spain's potential to lead in... 2 Rubiales denies having recorded President Sánchez... 3 Aragonès calls for an "urgent" meeting... 4 Four key markers of climate change broke records last... 5 Barcones demands that Mañueco call Gallardo the “order”... 6 Yolanda Díaz demands that the emeritus be held accountable... 7 Under control a fire in a packaging company in Dueñas 8 Ximo Puig, on King Juan Carlos's visit to Galicia:... 9 Six arrested for various crimes in La Sagra and La... 10 A mother and her son die in a possible case of domestic... 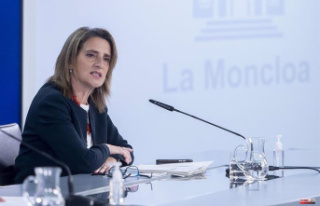 Ribera points out Spain's potential to lead in...