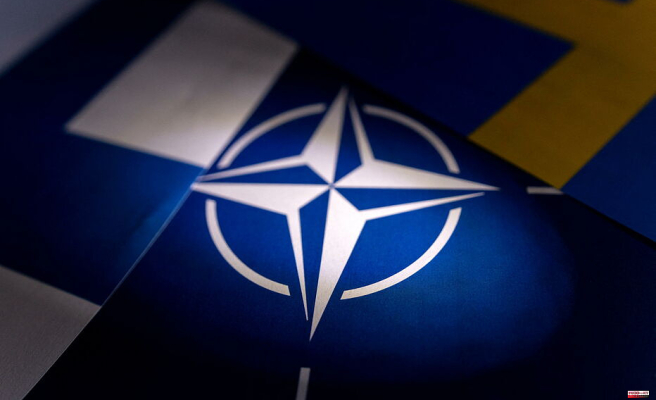 New applications for NATO membership. It is now official. After several days of uncertainty and strong pressure from Moscow, Finland and Sweden finally submitted their applications for NATO membership on Wednesday. So many candidacies that come as a direct consequence of the invasion of Ukraine by Russia. "This is a historic moment at a critical time for our security," said NATO Secretary General Jens Stoltenberg, who "hopes to quickly conclude" the process.

Read alsoAdhesion of Sweden and Finland to NATO: "Putin does not have so many means of pressure as that"

This announcement comes as consultations are underway between the Allies to lift Turkey's opposition to the integration of the two Nordic countries into the Alliance. Because the unanimity of the 30 members of the Alliance is imperative for membership. Turkish President Recep Tayyip Erdogan may want to bring the subject to the NATO summit organized in Madrid on June 29 and 30. Ankara “will not give in”, he has already assured.

Evictions. Russia announced Wednesday to expel 34 French diplomats, in retaliation for the expulsions in April by France of 41 Russians. The French ambassador to Moscow was summoned to the Russian Ministry of Foreign Affairs and was given a note stating that "34 collaborators of French diplomatic establishments in Russia have been declared persona non grata", indicated Russian diplomacy in a communicated. They must leave Russia within two weeks, according to the same source. A decision “firmly condemned” by Paris. A plan to green the capital. The PS mayor of Paris Anne Hidalgo wants to make the ring road a "green belt" of the capital, promising to revegetate 10 ha, plant 70,000 trees and reduce the number of traffic lanes on the entire ring from 35 km. The “Olympic route”, reserved for participants in the 2024 Olympics, will then be reserved for buses, taxis and carpooling. Marion Maréchal finally candidate in Vaucluse. While she had initially given up on running, Marion Maréchal will finally be a candidate for the legislative elections in Vaucluse, under the banner of Reconquest. The former RN MP confirmed on Twitter to present herself as a substitute for Stanislas Rigault, the president of Generation Z, a youth movement with Zemmour. It is for the elected official who is due to give birth to her second child the day after the first round, to "contribute to the collective effort", she assured La Provence. Thomas Chisholm in Paris. A 19-year-old man, in police custody after the knife attack on the ex-candidate of "Top Chef", has been referred for the opening of a judicial investigation for attempted voluntary homicide, according to our information. This suspect is not the author of the stab wound that injured the young Franco-American chef, Thomas Chisholm, Sunday evening in Paris. The police, on the other hand, suspect him of being at the initiative of the brawl which opposed two groups at the time of the facts. More than a hundred "cold cases" revived. The new judicial center dedicated to unsolved cases, located in Nanterre, is taking its first steps, as we reveal in our file. A total of 107 criminal enigmas have been analyzed by the new jurisdiction, seven of which have already been transferred to the investigating judges. Among the emblematic files reopened are the disappearance of little Estelle Mouzin (2003) or the murders of Marie-Angèle Domece and Joanna Parrish (1988 and 1990).

The thermometer is already racing. With peaks of 35°C expected in several cities in France this Wednesday and in the days to come, the month of May could be the hottest on record. Météo France evokes "an episode of heat exceptional by its precocity, its durability and its geographical extent". Some cities, such as Lyon, could go on for at least five days in a row exceeding the high heat threshold, set at 30°C. Heat episodes which, in view of global warming, are set to "become more frequent and set in earlier", according to the forecasters interviewed.

1 Nikola Mirotic, 'MVP' of the Euroleague... 2 Luis Enrique will give this coming Monday the list... 3 "An honest man": Guerini defends LREM Jérôme... 4 Margarita del Val warns of a "complicated moment"... 5 The Ibérica Group, new owner of CD Toledo, presents... 6 Alberto Romero's exhibition on Alfonso X is extended... 7 NATO allies still do not give the go-ahead to open... 8 Millionaires wanted by Loto-Québec 9 The Basque Country will give €200 a month for each... 10 Laia Palau retires at the age of 42 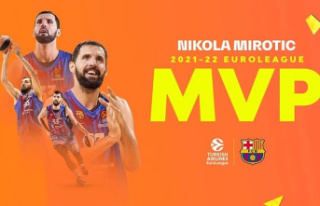 Nikola Mirotic, 'MVP' of the Euroleague...