HELSINKI -- NATO Secretary General Jens Stoltenberg stated Sunday that Turkey has "legitimate concern" about terrorism and other matters that should be taken seriously. 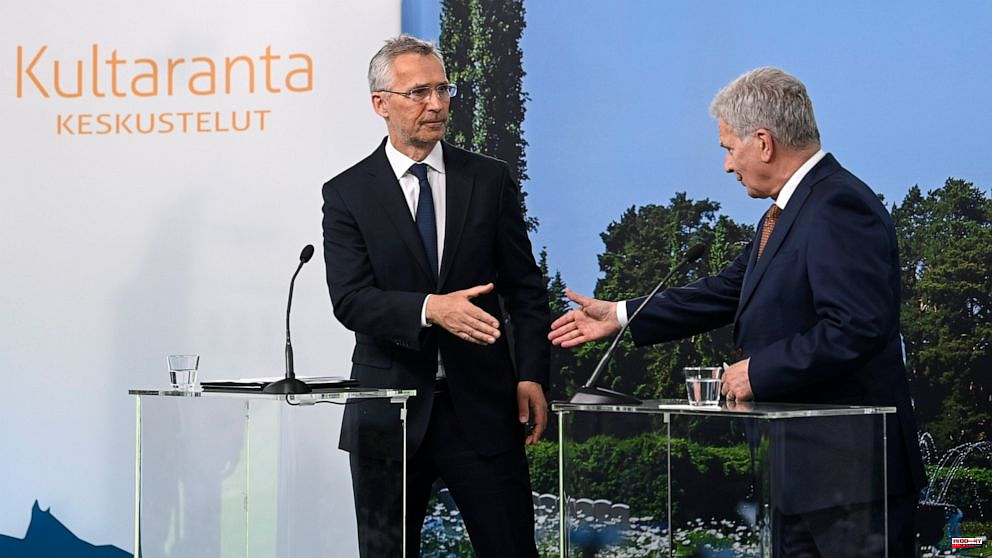 HELSINKI -- NATO Secretary General Jens Stoltenberg stated Sunday that Turkey has "legitimate concern" about terrorism and other matters that should be taken seriously.

Turkey accuses Finland and Sweden of supporting Kurdish militants. It says it won't back the Nordic countries joining NATO until these nations change their policies.

Stoltenberg, speaking at a news conference jointly with Finnish President Sauli Nieisto, stressed that no NATO ally has been subject to more terrorist attacks than Turkey and pointed out its strategic geographical location relative to neighbors like Syria and Iraq.

These are legitimate concerns. Stoltenberg stated that this is not about terrorism but about weapons exports. "We must address security concerns of all allies including Turkish concerns regarding the terrorist group PKK."

After decades of military nonalignment, Russia's invasion of Ukraine forced Finland and Sweden into applying to NATO membership in May. Recep Tayyip Erdan, Turkey's President, has vetoed the entry of the Nordic countries into the alliance. He accuses them of supporting terrorist Kurdish militants.

"When Turkey, a key ally, raises concerns about terrorism, then we must sit down and listen. Stoltenberg stated that this is exactly what we do.

NATO's chief tried to resolve the dispute over the past few weeks but did not reveal Sunday whether any progress had been made.

Later Sunday, he was due to attend the annual Kultaranta discussion panel with Finnish and Nordic politicians as well as foreign and security policy experts and military personnel.

Stoltenberg will be visiting Sweden Monday to meet with Magdalena Andersson, the Swedish Prime Minister.

1 The patron saint of Salamanca dresses the city for... 2 We speak Spanish protest against the Table of the... 3 Alejandro Cano: "The new ecological flows of... 4 Hundreds of complaints about the poor organization... 5 «Essentia» and «Momo», winners in Sanxenxo 6 A camera breaks all records: it is sold for 14.4 million... 7 Now available the 15% discount on metropolitan transport 8 Toledo celebrates the Virgin of the Star 9 The Valladolid Book Fair lowers the blind successfully... 10 Top hobby, team in the pit 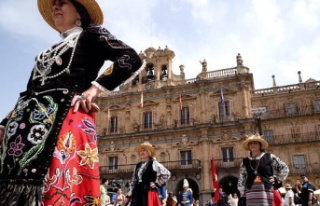 The patron saint of Salamanca dresses the city for...