Two warning shots within eight days: In Schleswig-Holstein, the AfD no longer made it into the state parliament, in North Rhine-Westphalia just a week later. 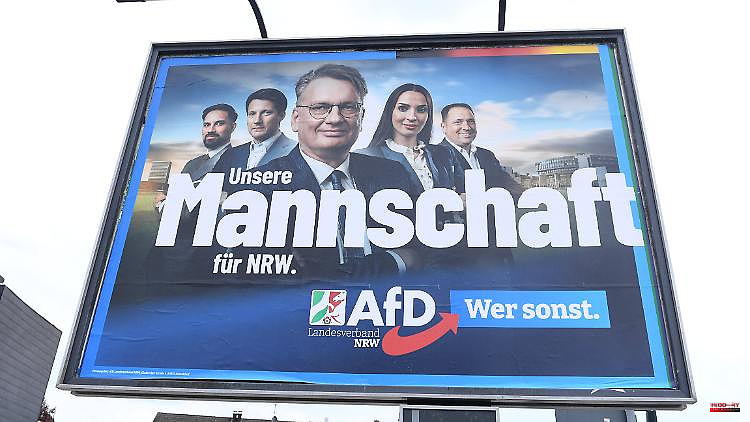 Two warning shots within eight days: In Schleswig-Holstein, the AfD no longer made it into the state parliament, in North Rhine-Westphalia just a week later. The right-wing party threatens to slide deeper into the crisis.

Troubled times are coming for the AfD - possibly even more troubled than the times that lie behind it. Two bad election results within eight days put the party under pressure to act. In Schleswig-Holstein she was kicked out of the state parliament, in North Rhine-Westphalia she only just managed to get back in. The crisis of the right-wing party worsens.

The desire to argue within the party has become a trademark of the AfD. She fights passionate factional battles over political direction. Leading AfD representatives cultivate personal animosity. The AfD faces a crucial test in June when the federal party conference is to determine a new leadership. Forces around the Thuringian AfD politician Björn Höcke want to lead the party on an even more radical course.

AfD federal leader Tino Chrupalla is on the defensive after a series of election defeats. The party needs "a major initiative after the party conference," he said on the NRW election night. The delegates' meeting will show whether the party still believes that he has the strength to do so.

A look at the numbers from North Rhine-Westphalia gives more detailed information about the difficulties of the AfD. The party clearly has a problem with women: According to Infratest dimap in NRW, it scored seven percent among men and only four percent among women. Support for the AfD was weak among employees, the self-employed and pensioners. Their votes in NRW came almost exclusively from the working class, where they came to 17 percent.

Another important finding: the attractiveness of the AfD for protest voters is declining. In the NRW election, only 48 percent of AfD voters described themselves as protest voters - in previous elections this proportion was significantly higher. This means that the AfD now has many voters who take a closer look at what is happening in the party before making their voting decision - and who refuse to vote if they are dissatisfied.

The classic AfD mobilization topic, immigration, currently plays hardly any role. The AfD has not found an attractive thematic replacement. In pandemic politics, pandering to corona deniers and opponents of vaccination scared off part of the electorate.

And when it comes to Russia politics, the AfD can't make a credible offer: For years, it was courted by the Kremlin. In NRW, only eleven percent said in the Infratest survey that they think it's good that the AfD also shows understanding for Russia. On the other hand, 77 percent attested to the AfD not clearly enough distinguishing itself from right-wing extremist positions.

The evil prophecy that the former AfD national chairman Jörg Meuthen gave to his party when he left the party may come true. At best, the AfD has a future as an East German regional party, he said. In the state parliaments of the five East German states, the AfD is consistently the second strongest party with double-digit results, in many West German states it is now around the five percent mark.

Politically, the AfD is weakened by this East-West split. In the coming days, the AfD must talk about "the extent to which we need a West initiative," said party leader Chrupalla on the evening of the election.

What's next for the AfD? On the evening of the election, parliamentary secretary Bernd Baumann gave a perplexed answer to this question: "It remains to be seen what turns out to be."

1 The day of the war at a glance: Kyiv reports Russian... 2 0-1: Albacete loses against Nástic at the end and... 3 1-2: And Socuéllamos achieved what seemed impossible:... 4 Party at the Town Hall: honors to our patron saint,... 5 Bilbao Athletic takes another step towards salvation 6 Patxi Salinas: "A little upset because we missed... 7 Burkini in Grenoble: the prefect of Isère ready to... 8 They speak of an "unsustainable" situation... 9 The Basauri Paralympic Meeting recognizes the promoters... 10 One of two whales from Montreal about to leave? 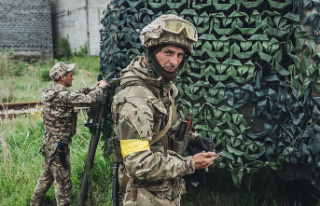 The day of the war at a glance: Kyiv reports Russian...