Nahlah Saimeh: Forensic psychiatrist on the Frauke Liebs case: "I would assume it was a male perpetrator, no older than 45" 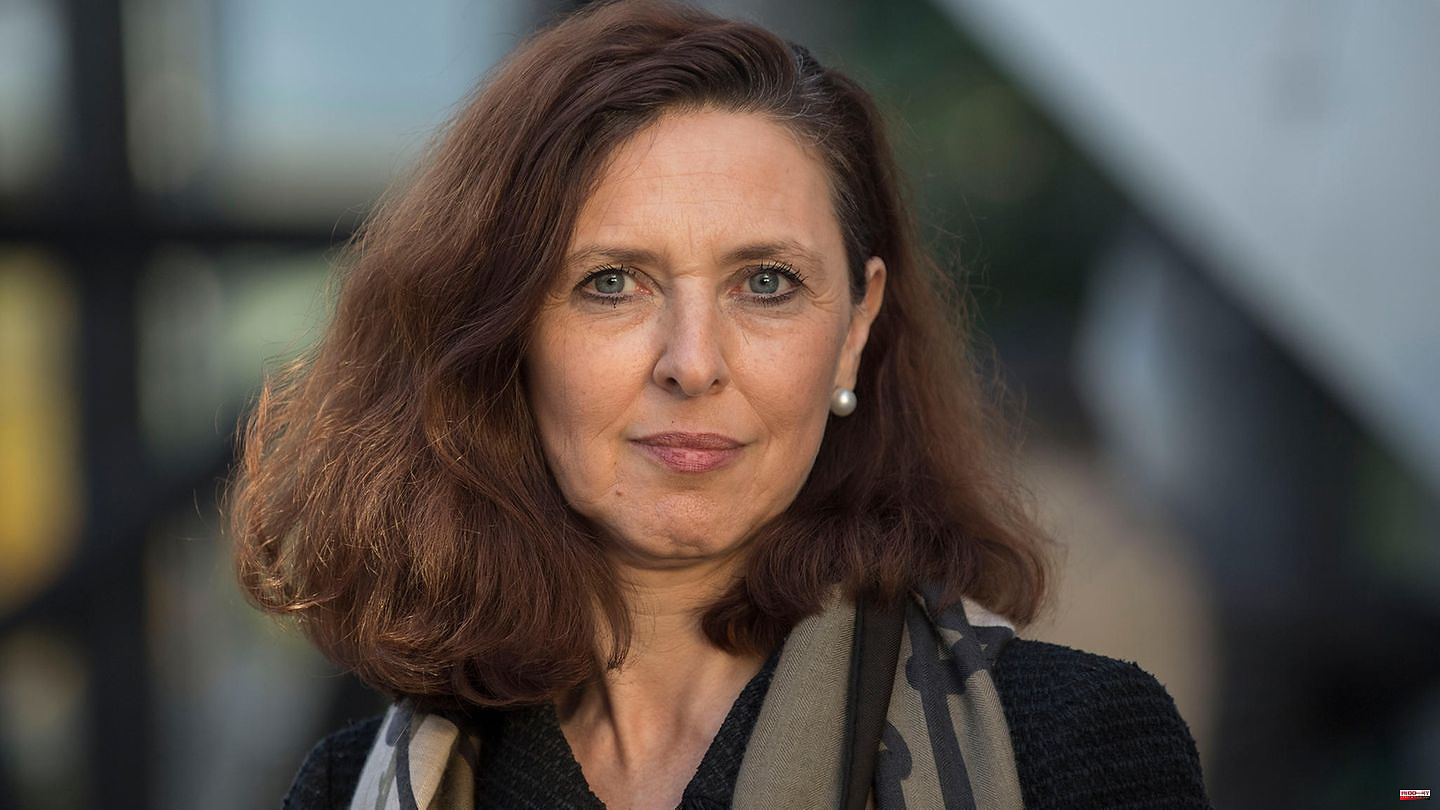 Nahlah Saimeh is a forensic psychiatrist who has been treating and assessing serious criminals for more than 20 years and is one of the most renowned forensic psychiatrists in the country. Her best-known case: the couple from the horror house in Höxter, who held women captive for years, tortured them and also murdered two of them.

As an expert witness, Nahlah Saimeh delves into a defendant's personality, childhood and conditioning to understand what led to their actions. So if there's anyone who knows about abusers, it's her.

For the 13-part stern podcast "Frauke Liebs - the search for the murderer" Nahlah Saimeh analyzed the circumstances of the unsolved murder of Frauke Liebs.

Frauke, then 21, was kidnapped during the 2006 World Cup and held captive for at least a week. During that week, she kept calling her roommate and ex-boyfriend on her cell phone; she also phoned her brother and sister. She sounded dazed, her voice slurred, but Frauke didn't reveal what was going on. Months later her body was found in a remote forest.

What is unusual in the case of "Frauke Liebs"? I know that a young woman disappears and never appears again. But the special detail that the victim phoned the family environment for a longer period of time and ended up saying goodbye to her family by phone and making it clear that the situation was hopeless - that's quite unusual, that's very special to me burned deep.

What does it say about the perpetrator that there were those calls? This is someone who dares. Letting the victim make contact with the outside world and still being so sure that he won't be caught shows great control, dominance, self-confidence, but also meticulous thought.

Why do you think he called Frauke? Frauke Liebs may have said to him: Listen, now people are worried. I just have to let you hear from me. Perhaps Frauke also signaled to the perpetrator that it would be an advantage for him as the perpetrator if she sent a message now, so that there was not unnecessarily much concern and the perpetrator did not come under pressure. The perpetrator might have thought this useful. Perhaps the two agreed at this point.

How can a perpetrator take the risk of having the woman you're holding captive call you? If I'm confident enough, I can assess the risk. The perpetrator was probably sure that Frauke wouldn't betray him, either because she couldn't or because she didn't dare. Possibly making phone calls was also part of his game.

What do you mean? Perhaps he enjoyed being able to reassure himself of his power and his total command of the situation in this way. As a perpetrator, I can quietly enjoy this power for myself, without witnesses, but that is, so to speak, dominance for beginners. It gets interesting when I stage it in such a way that other people participate and are basically drawn into the same helplessness that the victim is already in at my place. And he achieved that with the calls.

The way you describe it, does it sound like a perpetrator who planned this act in cold blood? I suspect the perpetrator had the crime scenario in his head for a long time, he knew what he wanted: to hold a woman captive. I assume that Frauke was more of a chance victim. That he might know her fleetingly, but nothing more.

Many from Frauke's environment suspect that Frauke was initially out and about with the perpetrator voluntarily, that an attack might then have taken place and that he only held her afterwards because he feared she would betray him. With the preparations that the perpetrator needed , I think that's very unlikely. If the perpetrator had stumbled in there, he would not have dared to keep contacting Frauke. He took a lot of unnecessary risks by repeatedly traveling in a vehicle with Frauke to have her call from different corners around Paderborn. In my opinion, a perpetrator only does that if he is very sure of his cause.

He must have behaved very inconspicuously for his environment. It is certainly not a perpetrator who attracts attention in public because of any kind of nervousness. It's so inconspicuous that it's basically invisible. There are people who come into the room and you get the impression that there is nobody there.

Do you think it is conceivable that the perpetrator lived completely unsuspiciously during the week of the kidnapping? I am convinced of that.

Can a human do that? Holding someone captive and yet seeming perfectly normal at other moments throughout the week?Of course, if I'm sure of myself, there's no reason to be nervous. And it's part of the game, the thrill of being in a situation backstage and having control that the people in front of the curtain don't even know about.

Which offender profile do you think is the most likely? I would assume a male offender, no older than 45.

Why? First, the general crime rate decreases significantly after the age of 45. Secondly, the psycho-dynamics of having a young woman at one's own disposal and experiencing that as a special power kick for oneself is more of an issue for younger men.

What else would you suspect? It is someone who is calm, not impulsive, otherwise he would have attracted attention at some point. He is very good at planning and structuring. Consequently, I would rather assume that he is intelligent, i.e. certainly a person with normal to above-average intelligence.

What does the fact say about his living conditions? It is someone who obviously had a lot of time. He had long phases in which he was not subject to any social control, otherwise he would have been noticed. I would therefore rather assume that he is single. But he could also be married and have a job that allows him to spend free time without raising suspicions. Just as an example: A truck driver can be away and easily serve up the legend to those around him that he is on a tour. Nobody misses it.

They appraise people after their actions and experience what they have left behind. What do you think is going on in a person like that 16 years later? It varies. Theoretically, it could even be that the perpetrator will at some point make a confession himself. I also spoke to a perpetrator who confessed to a homicide that would never have been attributed to him. He had no criminal record, there was no trace of him in the gene file. He could have taken this killing to his grave, but he confessed to a murder that was more than 20 years ago.

What made him do it? He had reached a point in his life where he no longer had any prospects for himself and thought: Well, then I can go to jail now. Then I have a quiet life and I am taken care of. A dead end situation. But there are also perpetrators who draw a line and say: That was a long time ago, I can't deal with a murder that I once committed for 16 years or longer. So sponge over it.

Is that possible? There's a film about forensic patients where a multiple serial killer was asked if you can forget killing women. And then he says flippantly: Yes, you can do that. There are other people, when I talk to them about killing, then something happens there, then their voices break, people get cold sweaty, react psycho-vegetatively. You can tell it was an uncomfortable experience for that person.

Is it conceivable that Frauke's murderer leads a completely normal life? There's always this sentence: "We wouldn't have thought that about our neighbors." But you have to say: Yes, what do I think of my neighbors? What is he supposed to do? Should he somehow constantly hop on one leg or what? You can't see that on people.

He could have a job and a family, be socially integrated? If someone does something like that, I would rather suspect that he has a relationship disorder, so I wouldn't assume a stable marriage and family, but that's not impossible. Here in North Rhine-Westphalia there was once the so-called "Rhein-Ruhr Ripper". He was married and father of a daughter.

What else could make such a perpetrator turn himself in? Most people who have done something unusual in life - and now I'll be completely morally neutral and say no matter what it is, whether it's a crime or whatever - the want at some point in life for it to be known. And this crime against Frauke Liebs has been keeping people captive for 16 years. It's possible that the perpetrator will say at some point: That's a medal that I want to pin to my jacket again. So the desire for attention. A narcissistic gratification.

And again the feeling of having power - only this time over the truth? This person has knowledge that no one else has. Where did I keep Frauke? In which vehicle were we traveling? Where did I drive? When did I decide to kill her? how did i kill her He can answer all of these questions. This means that this unknown perpetrator is the real expert on Frauke Lieb's case. And most people want to be interviewed as an expert at some point. 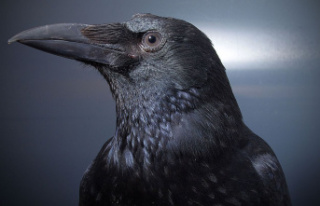