Never in his sports career had Rafael Nadal reached Roland Garros without a single final on clay. 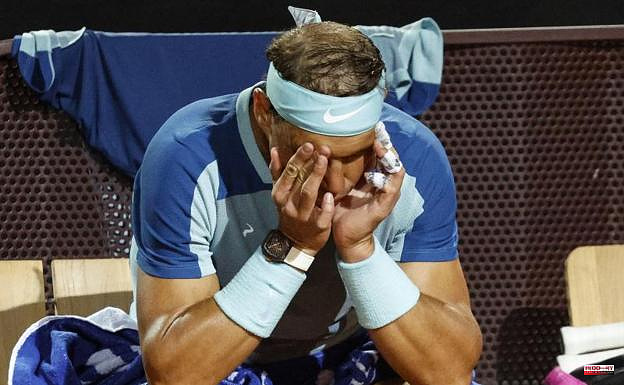 Never in his sports career had Rafael Nadal reached Roland Garros without a single final on clay. Only in 2015 did he reach the second Grand Slam of the season without titles, his favorite, but then, at least, he reached the final in Madrid. With physical problems, with an obvious limp, and exhausted, after another match in bursts, Nadal will appear in ten days at Roland Garros without a single wound on clay and with a painful defeat in the round of 16 of the Masters 1,000 in Rome against Denis Shapovalov ( 1-6, 5-7 and 6-2).

The Spaniard, who lacks a point to finish the matches earlier, as happened against David Goffin in Madrid, got tangled up in the Italian night and Shapovalov knew how to take advantage of him to squeeze the most out of him and achieve what only two tennis players in history have achieved: overcome a set on clay and in a Masters 1,000. Until this Thursday, only Novak Djokovic could do it, in the 2014 Rome final, and Roger Federer, in the 2007 Hamburg final. In the other 176 occasions in which Nadal went ahead, he always took the victory.

And that seemed the path of the Balearic when he headed the second set, after having overwhelmed Shapovalov in the first. After what happened in Australia, when the Canadian forced Nadal until the fifth set, this time the occasion seemed much more placid. Above all, because the man from Manacor had three break points in the first game of the second set. Three opportunities that ultimately were decisive.

Shapovalov, who was having a horrible match, committing dozens of errors with his forehand, stayed on the edge of the precipice and started a comeback that was consummated in three fateful points from Nadal. Trailing 5-6, Nadal went from 30-15 to lose the set with two double faults in a row and a long forehand. Up to 19 unforced errors were recorded by the Spaniard in that sleeve, a horror for what the winner of 21 Grand Slam is used to.

The Balearic took a break in the bathroom before returning to the track. He thought he was recharging his batteries, clearing his mind, but his physique didn't give him any more. From the beginning of the final heat he showed a slow pace and a worrying limp. At one point, she had to lean on the drawer where the tennis players leave their towels, because he couldn't take it anymore. He fought until the last moment and did not give up, but physically he could not. He went on to lose 14 points in a row in the bloodletting that was the Canadian's final 6-2.

At a press conference, the Spaniard pointed out that his physical problems are not due to a new injury: «I am not injured. I live with this injury. My day to day is complicated, "said Nadal, who with this defeat will be seeded fifth at Roland Garros and could meet Novak Djokovic in the quarterfinals.

In addition, Nadal is left with no more options to add rhythm, unless he decides to play next week in Geneva. This is an option that he has never made in his career, playing the week before Roland Garros. Ten days remain for the start of the Parisian Grand Slam and Nadal accumulates the quarterfinals in Madrid and the round of 16 in Rome, the worst loot of his on the road to Roland Garros of his life.

Novak Djokovic, one of the Spanish's great rivals in the French capital, entered the quarterfinals in Rome with a placid victory against Stan Wawrinka (6-2 and 6-2) and seems to be ready for the month of height that will it comes with defending the titles at Roland Garros and Wimbledon.

1 Barça transfer Coutinho to Aston Villa 2 MotoGP resumes action after Suzuki earthquake 3 Vales: "A call from Athletic are big words" 4 Project in East Africa: Deutsche Bank does not want... 5 Demare repeats victory in the Giro by one centimeter 6 Prices have been rising since 2021: tires are becoming... 7 The indisputable records of the questioned Simeone 8 Women conquer the waters of the Abra 9 Betic Joaquín congratulates 'Juanpe' López,... 10 Traded expensively on Ebay: Barbie Queen sold out... 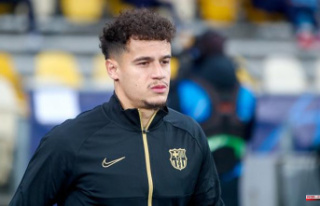