Musa: «The truth, I didn't even know where Lugo was, now it's my home»

Dzanan Musa (Bihac, Bosnia, 1999) is already, in his own right, the history of Spanish basketball. 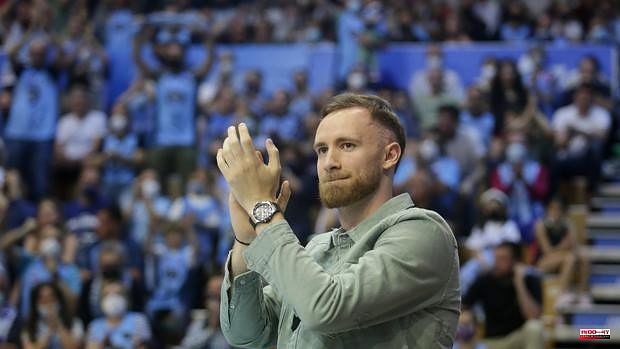 Dzanan Musa (Bihac, Bosnia, 1999) is already, in his own right, the history of Spanish basketball. The forward, a child prodigy from the Balkans along with Luka Doncic, emigrated to the NBA at just 19 years old to play for the Brooklyn Nets. In the United States he surely did not enjoy all the opportunities that his wrist deserved and, after only 49 games in two seasons with the New Yorkers, he returned to the Old Continent at the hands of Efes. With the Turks he won the Euroleague, but his role continued to decline. With his projection somewhat stagnant, last summer he signed for Breogán, a historic team that needed a star with whom to soften their return to the Spanish first division. Ten months later, Musa has been voted by a large majority as the best player in the Endesa League, as well as being its top scorer (20 points per game).

A brilliant story that the player reflects on during his talk with ABC.

What was it like receiving the MVP award in Lugo, from your brother's hand, with hundreds of Breogán fans shouting your name? We saw some tears on his face...

It was incredible, being the best player in the best league in Europe is a dream come true. One of the best days of my career. My girlfriend was there, I got a call from my parents when my brother gave me the trophy... It was very exciting.

Did you know that the club existed before you became interested in its services?

(Laughter) If you want me to be honest, I didn't know. I had to find where Lugo was. But my agent told me, 'you're going to arrive crying and you're going to leave crying'. Now it is my new home. I will never be able to fully thank all the people at the club and in the city. For me, Sarajevo (it was the first city he went to live in after leaving Bihac) and Lugo occupy the same place in my heart.

You have played and lived in cities like Sarajevo, Istanbul or New York. How was the change after arriving in a small city like Lugo? What has your life been like when you weren't playing basketball?

Lugo is very small, but very pretty. It reminds me of my hometown. At the end of the day, the important thing is not how big the city is, but how big the soul of the city is. And Lugo has a big heart.

Did he need to be a hero, a star again like when he was in Bosnia or Croatia, to revive his career?

This step was very necessary in my career. To be honest, I was very confident in myself, but I never thought it would go so well. Reaching the Copa del Rey as a recently promoted team, competing with Real Madrid, beating Baskonia, beating Valencia... it's all been incredible.

His time in the NBA was disappointing, I imagine, but did it make him stronger?

Exactly, it was disappointing, also at Efes, where I didn't play much. A lot of people thought, including myself at one point, that I wasn't good enough for elite basketball. But last summer, when I arrived in Lugo, I promised myself that I was going to prove all those who doubted me wrong at the Breogán. Now I have an ACB MVP. But this does not stop here. I want this to be just the beginning, I want to keep working hard and win many titles.

One of his main characteristics in games is that he is capable of scoring when the ball burns. How does he act in those situations, by instinct or does he stop to analyze the situation?

It's all in my mind, it comes naturally. I am a very religious person and I believe in destiny. I remember with special affection the basket against Obradoiro in the Galician derby (Breogán won 80-78 with a basket by Musa with four seconds to go). For me there is no pressure big enough, it's like any other shot.

And now, what will be the next step in Dzanan Musa's career? He has said that he wants to continue in Spain.

Well, step by step. Now I only think about going home on vacation, spending time with my family and training for the next season. But yes, I think that Spain has the best basketball league in Europe and I would like to stay. But we'll see, now it's time to rest.

1 Betriz Galán, the coach who breaks soccer stereotypes 2 Navarra recovers its prominence 3 The metal unions of Bizkaia demand the IPC and warn... 4 Rio Tinto boosts investment in Arvida 5 Being seventh and playing in Europe would leave a... 6 That defeat from which you have to learn 7 Legault's linguistic approach makes people unhappy... 8 A sustainable development award for Trois-Rivières 9 Transport services are reviewing their way of doing... 10 Carol Zhao surprises, but bows 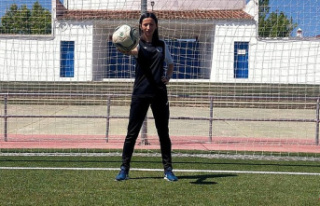