Murders, rapes and prostitution: the criminal face of dating applications in Madrid

Social networks have changed the way of living for almost the entire population. 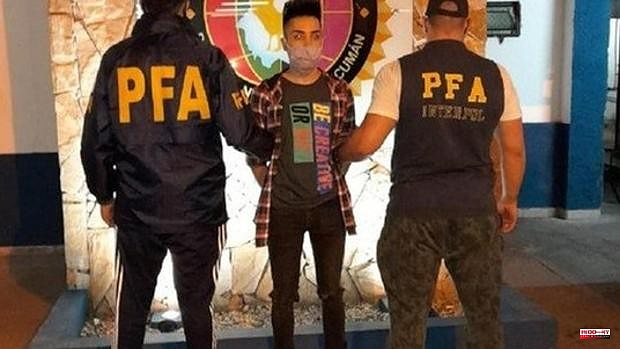 Social networks have changed the way of living for almost the entire population. And, of course, also the way of relating. One of the aspects that most worries the Police Forces is the proliferation of cases of all kinds that come to them as a result of the use of dating and dating applications with strangers, such as Tinder, Grindr and Wapo. But also others like Instagram, TikTok or even YouTube.

Here, some examples of what is happening in Madrid.

We have had the last case a few days ago in Madrid. A good-looking 31-year-old Colombian man used two very common 'apps' in the gay community (Grindr and Wapo) to arrange meetings with men whom he drugged at home with benzodiazepines (Diazepam, Orfidal...) and antidepressants, in a cocktail with alcohol.

I also knew them in trendy places in Chueca. He left them in such a state that he had time to plunder their flats: mobile phones, jewelry, watches and bank cards to make fraudulent charges.

Six cases have been clarified, in Centro, San Blas-Canillejas, Arganzuela and Moncloa-Aravaca. The subject, who had no record, spent several months operating, until he was arrested on May 5 and ended up in provisional prison.

The recent case of the alleged serial killer who was looking for his victims through Grindr and Wapo in Bilbao is not new. In Madrid there have been several cases, highlighting that of Julián Ovejero. He is 24 years old and was studying acting in Madrid. He was arrested last September, through the National Police and Interpol, in a small town, La Bombilla, in San Miguel de Tucúman (Argentina), his hometown. He has been extradited to Spain earlier this year.

He is accused of being the murderer of Grindr, the person who ended with more than 40 stab wounds with the young Puerto Rican Najuzaith Zahell Díaz, 35, in his home in Carabanchel. They had been through the social network to have a contact.

The criminal was being tracked almost since February 22, 2018, since he had left not only his DNA trail, but also his profile on Grindr and he was even seen on the security cameras on car night.

Pablo, the 18-year-old Andalusian who denounced at the beginning of September 2021 that he had been the victim of a homophobic attack on his portal on Calle de la Palma, had really just come from a sexual practice.

She invented the fake herd thing to try to explain to her boyfriend that they had been the ones who had cut the word 'fag' on her buttocks. The reality was very different: an occasional hustler, he had met one of these 'apps' for a sexual encounter with two men in a house, where that word was marked with a knife.

The National Police arrested a 40-year-old Spaniard who has lain down a 40-year-old Spanish subject on July 27 who had been sexually abusing minors for at least two years. Eight contacts have been corroborated and in some cases he even met with his victims, even attacking one.

It was possible to see his numerous activity in the dating application Grindr, and that among his contacts there were eight minors. Then, he continued their conversations through WhatsApp, tricking them by posing as a police officer. One of his victims was his own nephew.

The National Police and the Civil Guard have open files on agents from both Bodies who show off their professional status to flirt on the multiple "apps" that exist for it: from Tinder to Badoo, through others such as Grindr or Wapo (for public homosexual) to others less known as Pof.

One of the most striking cases was that of an agent who went to the 'reality' presented by Carlos Sobera for dates, 'First Dates', in which he wore his police badge and exhibited it during the broadcast. There are also cases of those who use that identification to enter free clubs or soccer.

Ana Martínez, an emergency room doctor and president of the La Paz Hospital Violence Commission, explains it: «35% of the sexual assaults we attend to are due to chemical submission. Just two years ago they were 14%-15%. But, if we take into account that same method associated with other crimes, such as attempted rape or robbery, the figure rises to 42%-43%. And this will continue to rise."

The crisis that countries like Venezuela and Colombia are experiencing has highlighted that it is now very common to capture girls with a good physique through social networks, especially Instagram and WhatsApp, explain sources from the Central Operational Unit (UCO) of the Civil Guard.

Many find themselves in a deplorable family and economic situation. They contact them, tell them that they have opportunities to dedicate themselves to fashion and even take photos and 'books' for them. But they end up in Spain locked up in flats or sold clubs and without documentation, of course.

This case, known at the beginning of the year, is perhaps the epitome of a reality that is just around the corner, in Villaverde, Usera and Vallecas, as is the case.

Part of the network of 37 detainees used TikTok and Instagram both to capture the ten released girls (all under 16) and, once subdued, hook them up to drugs, gang rape them and prostitute them.

The way they had to capture the victims was through social networks. In fact, one of the detainees is a very young Dominican singer who calls himself Saymol Fyly, with about 65,000 followers on TikTok. In addition, he has profiles on Instagram, Facebook, YouTube... It was precisely this musical background that was allegedly used by some of those arrested to attract the girls' attention.

1 Fair Trade Festival in Valencia: program of activities... 2 The Netón of the 'green berets' or the... 3 Mazón: «The left is incapable of understanding that... 4 Paula Prado, one year after the municipal ones: "Every... 5 The families of Villa de Pitanxo will sue the boss,... 6 Spain will send 100 more soldiers to Latvia with the... 7 Streets closed and EMT lines diverted in Valencia... 8 Champions League: Liverpool – Real Madrid, an ever-enduring... 9 Dordogne: A singing workshop around "My Fair... 10 Saint-Porchaire is always available for the Food Bank... 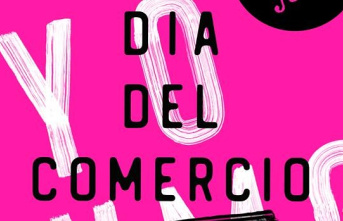