Rafael Nadal suffers from scaphoid osteochondritis or Muller-Weiss disease, a degenerative lesion in his left foot that weakens the bone and the talus-scaphoid joint. 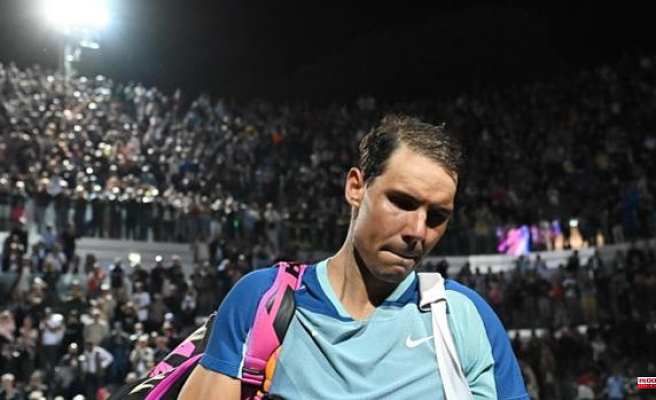 Rafael Nadal suffers from scaphoid osteochondritis or Muller-Weiss disease, a degenerative lesion in his left foot that weakens the bone and the talus-scaphoid joint. Last Thursday, against the Canadian Denis Shapovalov, the Balearic once again suffered from this ailment, described as chronic and inoperable. Although this verdict is not new: Nadal has lived with Muller-Weiss since 2005. “I am a player who lives with constant injury. That is my day to day. It's hard, really... and of course sometimes it's hard for me to accept it. I had a lot of pain in my foot again and that's it », said the player with the most Grand Slams in history after his inevitable defeat at the Foro Italico.

As reported by ABC in 2007, when it was revealed that Nadal suffered from this disease, the left-hander suffered a stress fracture in his left foot in April 2004.

That injury to the scaphoid bone evolved into osteoarthritis in that area of ​​the foot that caused persistent pain, discomfort that generally worsens during physical exercise.

There is no effective cure for this condition, but it can be treated to help manage the pain. Doctors do not recommend surgical treatment and the most recommended options are orthopedic (with special insoles to improve support and avoid mechanical stress on the foot), analgesics, to alleviate pain, and, in some cases, infiltrations are used to strengthen the affected bone.

When the extent of the injury became known (more than a decade ago) his doctor, Ángel Ruiz-Cotorro, published a statement in the following terms: «The injury began in 2004. It was a stress fracture in the left foot . Once cured, a specific medical and physical prevention program was established. This program included the treatment of supports with selective insoles to slightly vary them, plus manual physiotherapy in order to achieve greater joint mobility and specific strengthening of the entire musculature. The physical program was based on the complementation of prevention work, protecting the loading zone with selective work».

With his fetish tournament in sight, Roland Garros, doubts about Rafael Nadal's health fly over the ATP. «It's sad, because I've been playing better, feeling good in training... and coming back to this is hard, because there's nothing that can be done. It is not known if rest or training goes better. The only thing left to do is accept it and fight", declared the Manacorí after his new episode of an injury that has forced him to play with pain since the beginning of his legend in the world of tennis.

1 In terminal phase of cancer, a Briton raises 4 million... 2 Germany legalizes the expropriations of energy companies... 3 The Covid claims 29 more lives in three days and adds... 4 The Catalan rectors attack the sentence of 25% of... 5 A councilor from Podemos among the possible victims... 6 Yoko Ono displays a banner on the Musac façade with... 7 Free programming and for all audiences at IVAM for... 8 Ukraine: first trial for war crimes will begin on... 9 The CEOE assigns duties to Sánchez for the presidency... 10 Longueuil: a driver crashes into a post before fleeing 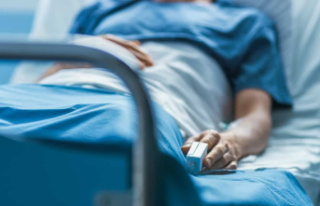 In terminal phase of cancer, a Briton raises 4 million...