We are all differentiated according to our gender right after birth – male and female. 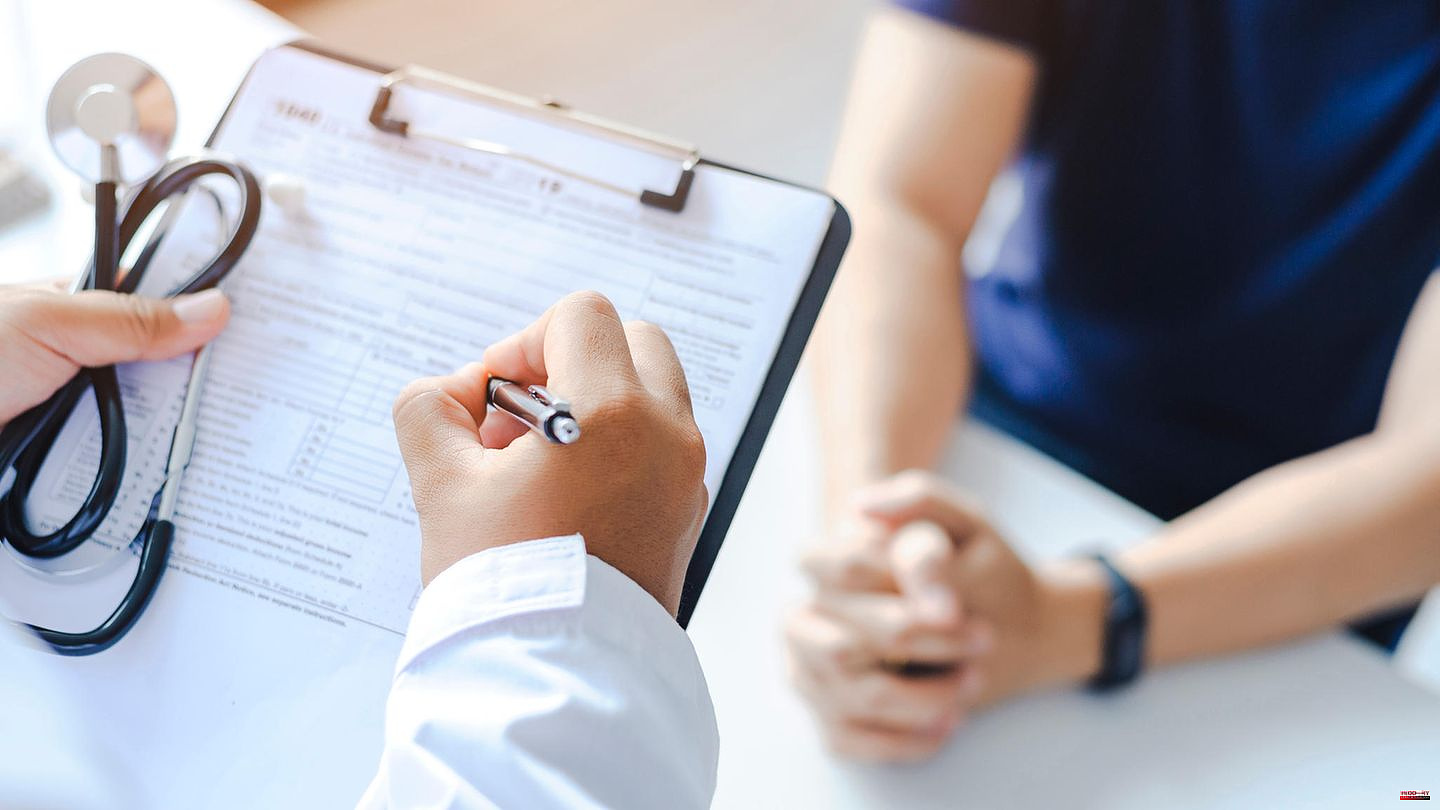 We are all differentiated according to our gender right after birth – male and female. However, this assignment does not suit everyone. Some individuals identify with a different gender. For a long time it was considered a mental disorder in medicine. Although this has changed with a new diagnosis catalogue, the old picture still has an effect. This is a big problem for trans* men because they rely heavily on healthcare if they want to have their bodies conformed to the gender they identify with. How trans* experts* look at the health system and men's health.

ICD-10 or ICD-11 won't mean much to most people. It is a classification system used around the world to define diseases. The catalogs are always adapted according to new scientific criteria, ICD-11 is the update, so to speak - it contains an important change for the trans* community. It came into force in Germany at the beginning of 2022. A transitional period of five years applies to their implementation. Trans identity is no longer defined as a mental disorder in this catalog of diagnoses. That means: according to this catalogue, trans* people are no longer considered to be sick, but this catalogue, instead, enables treatment of any possible psychological strain that may arise.

People who are "cis" identify with the gender they were assigned at birth.

The first name that a trans person has dropped.

Since 2018, according to the Civil Status Act, it has been possible to indicate male, female, no information or various in gender entries. The term is only used in official documents such as passports or birth certificates.

The term comes from English – but has also established itself in Germany. It is used to distinguish between biological sex (sex) and social sex (gender). Gender roles are also anchored in social gender – i.e. what we see as typically female or male.

"Gender identity includes physical and social sex and is based on one's own sense of gender. There is a variety of gender identities. A person's gender identity can - especially in the case of trans* people - differ from the gender assigned at birth," says it in the glossary of the FU Berlin.

It means that a person suffers from the condition that their biological sex does not match their gender identity. This level of suffering can arise because one's own appearance does not match one's own gender ideas, but also if the environment perceives trans* people as the wrong gender.

People who are non-binary are neither fully feminine nor fully masculine.

In the German language, when we don't want to use the name to talk about a person, we use gender-related pronouns. So: he, she, her. Some trans* people also use these pronouns for themselves, others use alternative pronouns such as "xier". Or they always use the name instead of pronouns.

The Self-Determination Act is intended to replace the existing Transsexual Act. This should make it much easier for trans* people to change their first name, among other things.

It is a neologism. This term dispenses with the word "transsexual". This term makes it clear that it is not just about sexuality. Rather, it is about identification with a gender other than the one assigned at birth.

People who are "trans*" do not identify with the gender they were assigned at birth. The asterisk is intended to include all people on the trans* spectrum.

Transition denotes the transition from one gender to another. During medical transition, trans* people adapt their biological sex to their gender identity with the help of medical treatments. That means: Through hormone therapy and gender reassignment surgeries, a trans* man can modify his body so that he looks masculine.

A woman who was assigned the male gender at birth.

A man who was assigned the female gender at birth.

The German transsexual law came into force in 1980. "The transsexual law, as it currently applies, only regulates the legal framework if I want to change my first name and/or marital status. Two expert opinions are required for this and a decision will then be made in court," explains Adrian Hector.

"The level of suffering of trans* people referred to here can arise from dysphoria. According to the definition in the North American diagnostic manual DSM-5, gender dysphoria is suffering from gender incongruity, i.e. the mismatch between biological sex and actual, felt gender identity. Some trans* people suffer more from it own body, others suffer more from the view of their body, of them, from the outside," explains Dr. Samuel Niehaus, psychotherapy scientist and project manager of "trans*support/specialist department for trans* counseling and education" in an interview with the star.

The National Association of Statutory Health Insurance Funds has an assessment guideline that is used to assess whether the person concerned will be paid for the desired operation or not. One condition: at least half a year of psychotherapy, namely 12 sessions of 50 minutes each. At the end of the therapy, a report will be issued.

If you want to have hormone treatment, you do not have to have it approved by your health insurance company. But here too, according to the guidelines of the medical service, short-term therapy is necessary. Trans* people who want to undergo hormone treatment then need a so-called indication disc, which certifies the medical necessity.

"Six months of psychotherapy may not seem like much to some at first glance. But the crux is: We are not ill. It is forced psychotherapy. Some can use the sessions and get something good out of them, but psychotherapy is forced "It can't work at all. I know from the consultation and I can also say from my own experience that it can be incredibly tormenting and humiliating," criticizes Samuel Niehaus. This mandatory therapy is rejected not only by trans* counseling centers, the community and trans* people. The Federal Chamber of Psychotherapists is also demanding its abolition.

"Although in addition to male and female gender there is also the possibility to choose diverse for the identity card or similar, non-binary people are not seen in the guidelines of the health insurance companies. A non-binary person must therefore lie and present themselves as trans * Define woman or trans* man in order to have a medical transition paid for by health insurance, although there is no scientific justification for this," says Lara Hofstadt.

For the mandatory therapies, trans* people are dependent on finding a place with a psychotherapist. According to the Federal Chamber of Psychotherapists, 40 percent of patients in 2021 had to wait longer than six months for a treatment place. Samuel Niehaus describes that it is often even more difficult for trans* people to find a place in therapy because they are dependent on therapists with trans experience who are also able to prepare reports for the health insurance company. You also have to wait a long time for appointments with endocrinologists (that's where trans* people have to go if they are undergoing hormone treatment) and the waiting times for operations are often "unacceptably" long.

In the healthcare system, a strong distinction is made between sick or deviant and healthy, says Lara Hofstadt. "However, trans* people fall outside of the dominant definitions because, for example, apparently healthy body parts need treatment and, in contrast, their gender identity does not need treatment despite deviations from the norm. The health system is a very difficult one with these old ideas of trans* as a disorder Place for trans people. Trans people are often not seen as experts on their own health." But trans* men are heavily dependent on the healthcare system if they want a medical transition. For example, because of their hormone treatment, they have to have blood tests throughout their lives.

"There aren't many doctors and psychotherapists who have experience with trans. In the trans community, we have found that medical professionals are completely overwhelmed when a trans person is sitting in front of them," says Dr . Adrian Hector in conversation with the star. He has been a member of the Hamburg Parliament for the Greens since 2022. Adrian Hector is a trans* man himself and spokesman for gender diversity in the parliamentary group.

He describes: "The most serious problem for me in relation to health is that there is a certain ignorance. Let's take information about illnesses or medication, for example - there they only think about cis genders. It affects women in this way and in men So. As a trans* man, I ask myself whether I am meant or not. I would wish for a more precise wording from doctors here." Samuel Niehaus adds: "Any medical treatment means loss of control and humiliation because the system is designed that way. By default, trans* people experience stigmatizing psychotherapeutic and medical treatments and very difficult access to gender-specific services such as gynecology and urology, intrusive questions, and ignorance."

Anyone wondering why men grow mustaches in November may not initially think of health.

The Movember Foundation is dedicated to raising awareness of men's health. The focus is on testicular and prostate cancer as well as psychological problems.

Samuel Niehaus knows from his counseling that some trans* men obtain testosterone illegally on the Internet because the hurdles in the health care system are so great. Trans* people also sometimes have surgeries carried out abroad. It is important to understand the level of suffering some trans* men experience. "Due to the long waiting times and the regulations of the health insurance companies, many trans* people are under tremendous pressure. And these are also situations in which trans* people do something to themselves, take their own lives."

Due to insufficient knowledge on the part of doctors and psychotherapists, there is also a risk of wrong treatment - for example, because a gynecological problem in a trans* man is wrongly diagnosed. Research also shows that trans* people are neglected. All trans* men who take hormones use them "off label". "So that means: There is hardly any scientific data on the long-term consequences of using it during the transition. However, thanks to a lot of experience and knowledge, the treatment is safe."

"A very important point in improving health care is that medical care becomes part of the standard service as part of a transition from the health insurance companies." So if a trans* man wants to take hormones, has his breasts removed or wants to have genital adjustment surgery, says Green politician Adrian Hector.

"On the one hand, the term men's health is useful because it is known that cis men often do not go to check-ups that often. On the other hand, the term again paints a very narrow picture of men's bodies and, for example, does not consider that too a trans* woman or a non-binary person has a prostate," says Lara Hofstadt.

Samuel Niehaus adds: In my view, the term men's health stands for the mental, physical, sexual and social health of men. But it is made difficult for trans* men to be really satisfied and healthy with themselves and their lives. "In my experience, for many trans men, successful sexuality is one of the best arguments for a body-modifying transition. Many are unable to have sex, even let another person touch them before the transition. With the Transition can change that. The testosterone usually causes an increase in libido, and it changes the sexual feeling in many. But above all the changed body image and the improved sense of identity contributes a very large part to the fact that many trans* men are now can start having a sexual life." 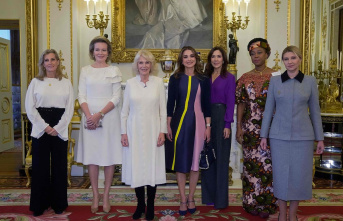 With women for women: Queen Consort Camilla: In her...