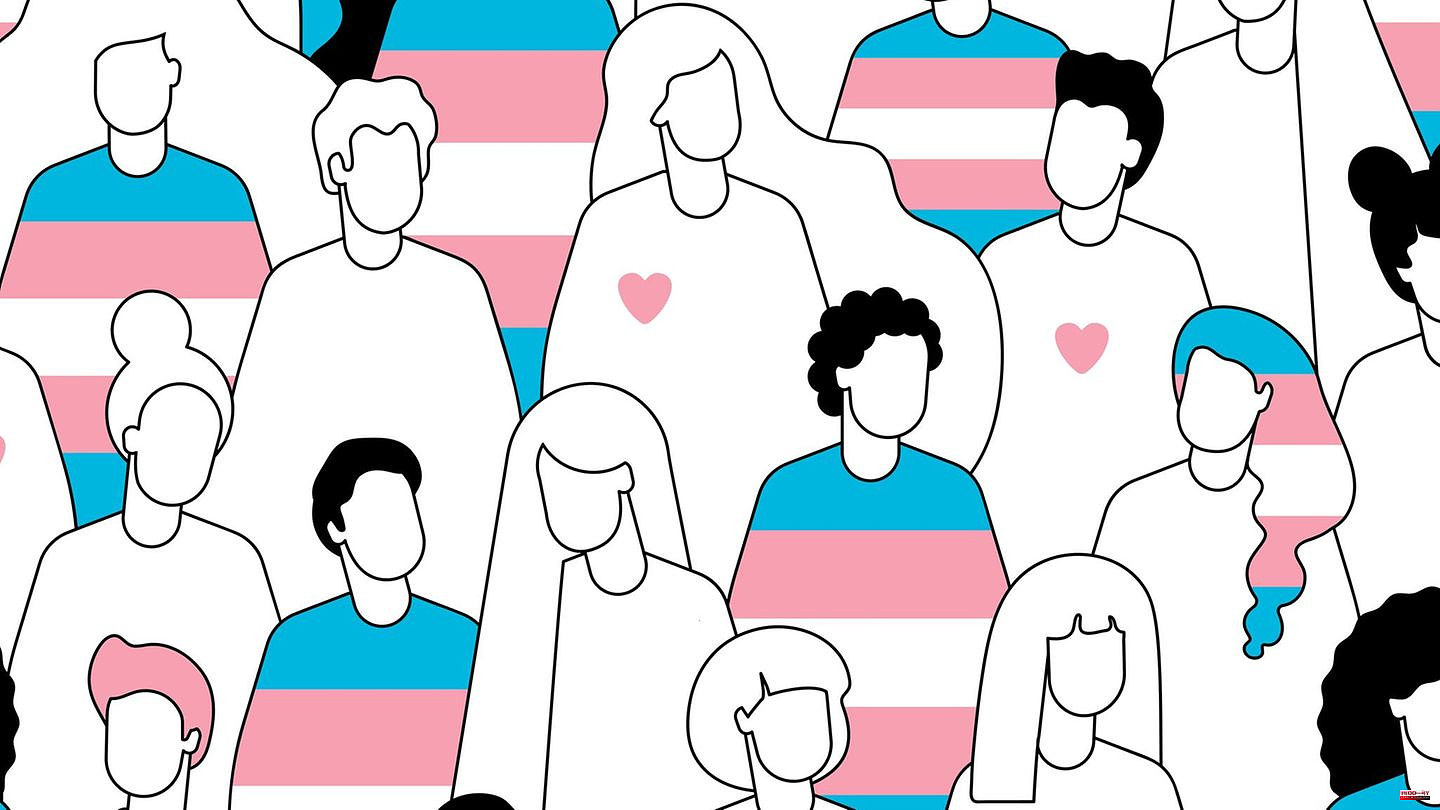 Jamie B.*'s shoulder-length hair is wavy at the ends. The young trans* male wears narrow glasses. He smiles sympathetically into the camera while we talk to each other via video call. The little fluffy dog ​​Dobby sits on his lap. The companion looks around with interest. Jamie B. describes how 2018 changed his life. A radio report on the gender entry divers became a key moment for the 27-year-old. Although he already knew trans* people before, he was also in a relationship with a trans* man, but had never considered the fact that he could be trans* himself. It was only the radio report that opened up points of contact for him and showed him that there is more than just male, female and trans* male. "I also met a person who identifies as diverse. It was an eye-opening moment for me that a transition doesn't just go from A to B, but is a whole spectrum in between and you can also stop on part of the route ."

People who are "cis" identify with the gender they were assigned at birth.

The first name that a trans person has dropped.

Since 2018, according to the Civil Status Act, it has been possible to indicate male, female, no information or various in gender entries. The term is only used in official documents such as passports or birth certificates.

The term comes from English – but has also established itself in Germany. It is used to distinguish between biological sex (sex) and social sex (gender). Gender roles are also anchored in social gender – i.e. what we see as typically female or male.

"Gender identity includes physical and social sex and is based on one's own sense of gender. There is a variety of gender identities. A person's gender identity can - especially in the case of trans* people - differ from the gender assigned at birth," says it in the glossary of the FU Berlin.

It means that a person suffers from the condition that their biological sex does not match their gender identity. This level of suffering can arise because one's own appearance does not match one's own gender ideas, but also if the environment perceives trans* people as the wrong gender.

People who are non-binary are neither fully feminine nor fully masculine.

In the German language, when we don't want to use the name to talk about a person, we use gender-related pronouns. So: he, she, her. Some trans* people also use these pronouns for themselves, others use alternative pronouns such as "xier". Or they always use the name instead of pronouns.

The Self-Determination Act is intended to replace the existing Transsexual Act. This should make it much easier for trans* people to change their first name, among other things.

It is a neologism. This term dispenses with the word "transsexual". This term makes it clear that it is not just about sexuality. Rather, it is about identification with a gender other than the one assigned at birth.

People who are "trans*" do not identify with the gender they were assigned at birth. The asterisk is intended to include all people on the trans* spectrum.

Transition denotes the transition from one gender to another. During medical transition, trans* people adapt their biological sex to their gender identity with the help of medical treatments. That means: Through hormone therapy and gender reassignment surgeries, a trans* man can modify his body so that he looks masculine.

A woman who was assigned the male gender at birth.

A man who was assigned the female gender at birth.

The German transsexual law came into force in 1980. "The transsexual law, as it currently applies, only regulates the legal framework if I want to change my first name and/or marital status. Two expert opinions are required for this and a decision will then be made in court," says Green politician Adrian Hector.

Most would mistakenly understand trans identity to mean turning from a woman into a trans man and also undergoing gender reassignment surgery. But that is not the case. "A trans* man is a man as soon as he says he is a trans* man - whether and which procedures this person wants to have is up to them." In early 2019, Jamie came out as trans*. However, he does not define himself as male, but as non-binary. A gender identity means that you are neither completely female nor completely male. He decides to undergo hormone treatment with testosterone in order to modify his body so that it fits the body image he has of himself. For Jamie B., this decision begins an arduous path that trans* people have to take if they want to change their body through a medical transition.

"I don't feel like I'm in good hands in the healthcare system and I've had a lot of experiences of discrimination. It's a problem that there are a lot of gatekeepers, i.e. people I have to get past to get what I want. They're allowed to make decisions about meet me. I'm not allowed to control my own body and say what I need to feel good about myself." In order to start his hormone treatment, Jamie B. needed a referral letter from a psychologist. But the search for a practice with trans* experience and appointments in addition to his training at the time represented too great hurdles for Jamie B. Due to the long commute to work, he could not imagine doing therapy as well. "I was finally able to get appointments at a counseling center and thus my indication. If the place hadn't existed, I probably wouldn't have started hormone treatment to this day or would have gotten the hormones in a different way."

Jamie B. would have accepted a high risk with that. According to the German Society for Endocrinology, hormone therapy is a massive intervention. The association warns against self-therapy with hormones. "If used improperly, it poses significant risks for body and soul. These can be liver damage, hormone-sensitive tumors or mental illnesses such as depression," says a statement.

Jamie found an endocrinologist in Hamburg, but he has to travel two hours to visit there. In rural areas, the supply of specialists is poor, and even more so for trans* people who are looking for doctors who are familiar with trans* people and would be confident in treating them. From his work in a self-help group for non-binary trans* people, he knows that doctors sometimes do not trust themselves and refuse the treatments.

But in addition to the hurdle of getting medical help at all, Jamie B. sees a structural problem in the health system: "The health system is designed for two genders. My endocrinologist assumes that I want to make a 'complete' masculine transition. I'm there I'm non-binary and am also aiming for a non-binary body. I know from the community that he has no expertise on non-binary transition possibilities. I don't want to bring this up with him for fear he might refuse to proceed with me." He informs himself in the community and determines the dose himself. He elaborates: "It's a bit like being my own guinea pig and playing around with my own health." But the decision for the hormone treatment was made. "It really came from a very strong psychological strain for me, where I said I need this, otherwise I can't do it."

But in addition to the big problems, it is also the supposedly small things that ensure that Jamie B. does not feel in good hands in the hands of doctors and our health system. His female name is still on his health insurance card, which means that he is repeatedly addressed with a wrong name or that people do not believe that it is his card. "I've actually only had good experiences with my family doctor. He's over 60 years old and certainly hasn't done any training on trans* people, but he manages to address me by my real name and treat me with respect."

Anyone wondering why men grow mustaches in November may not initially think of health.

The Movember Foundation is dedicated to raising awareness of men's health. The focus is on testicular and prostate cancer as well as psychological problems.

Actually, Jamie B. should continue to have annual cancer screening, but he had had bad experiences with gynecologists even before the start of his medical transition. Now that he's a trans male, he feels like he doesn't belong there. "They won't be able to speak to me properly, I'm looked at crookedly there in the waiting room - I'm out of place with a gynecologist. Such an appointment would cost me an incredible amount of energy, and I don't have it right now ." The many discriminations in everyday life mean that he does not want to go into more such situations.

"I have this feeling that society doesn't really care. And that my experiences of discrimination, my suffering in this system don't count. That most people just don't care at all and that there is such an indifference," describes Jamie B.wie it happens to him. For better medical care for trans* people, Jamie would first of all like that the correct name and the desired salutation be used in every practice.

In addition, general education is important. "The guidelines for treatment are there, but they are of no use to us if the doctors refuse to treat." The various options for binary and non-binary transitions should be expanded and made visible. Physicians should not force their own ideas about transition on their patients."

The everyday life of trans* people is not easy. A reduction in discrimination in the medical system would be a step in the right direction. "Trans* people should also have the opportunity to participate in our society without everyday discrimination," says Jamie B.

* Jamie B. actually has a different last name. The editors know his name. 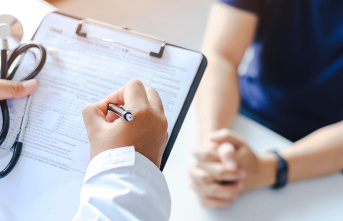 Movember: November is all about men's health...