Moroccan workers do not return to Ceuta

The Moroccan workers who went to Ceuta daily to work have not returned this Tuesday. 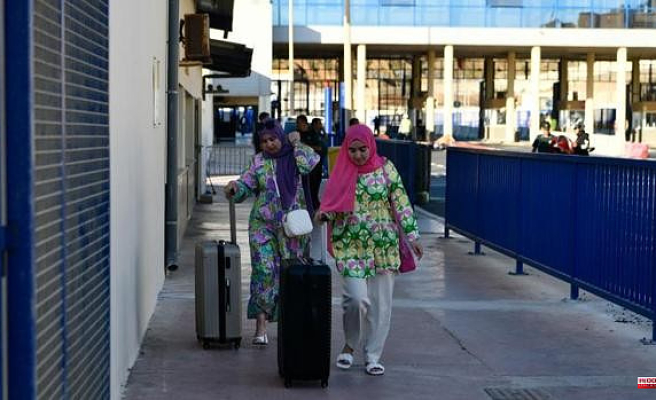 The Moroccan workers who went to Ceuta daily to work have not returned this Tuesday. “They had told us to be ready at seven, which is when the cross-border people usually pass, but none have entered,” explains one of the national police officers from the Tarajal border who went out for breakfast at the Puerta de Europa beach bar, to one of 50 meters from the passage between Spain and Morocco, which did not register excessive activity on the first day in which they could return to their jobs in the autonomous city.

The second phase of the "gradual opening", announced by the Minister of the Interior, Fernando Grande-Marlaska, is not advancing. "I'm coming to the doctor," said one of those who passed with a pot of urine in hand.

"I'm retired," said another of those who crossed early in the morning, when dawn was breaking and a young Tunisian was looking for a helping hand to give him some water after swimming around the breakwaters. "I live in Ceuta, but I went to see the family," explained another woman.

The low incidence surprised many of the visitors. “I came early in case there were a lot of people because of the cross-border crossing, but there is no one”, explained a Spanish resident in Tetuán who came to Ceuta for tourism. "I'm going to Malaga," said another lady carrying a suitcase and standing on black heels. The usual traffic since the Tarajal pass was opened on May 17. "None have passed," reported an agent around 9:00 a.m., the limit at which they had been told that most of those who were going to return would have already crossed to their jobs.

While the asylum seekers crowded at the border entrance to ask for their documentation, the most remarkable thing was a car intercepted with cookies, oil and blankets. «We let about 10 kilos pass, yes for a person in a house, but we cannot leave something like that. He is offered to return to Morocco and, if he does not want to, he is withdrawn and a certificate of food destruction is drawn up, ”explained one of the civil guards who inspected the vehicle.

Quiet morning with low incidence, despite the fact that at least the 150 employees who already had their visas were expected to return. Not even those. The complexity of bureaucratic procedures is delaying the return, among others, of domestic workers, who were the most important social mass that crossed to Ceuta every day to work. “I have only seen two girls in the queue in Morocco, but they have not entered,” assured another of the transit travelers to the peninsula who left through the Tarajal gate this Tuesday morning.

1 A man arrested in Alicante for offering money to underage... 2 The Government dodges 25% of Spanish with a survey... 3 Castets: Sports weekend at the Judo Club, featuring... 4 Siro plans to close its Venta de Baños plant (Palencia) 5 What is the magnesium cure? 6 Haute-Savoie. The Ternier stream is polluted by Neydens:... 7 They investigate a drunken motorist without a license... 8 Controversy in France: the young man who sneaked into... 9 Braids: Young and old, played in the sun 10 Ultra-right: Loik le Priol attempted to beat a former... 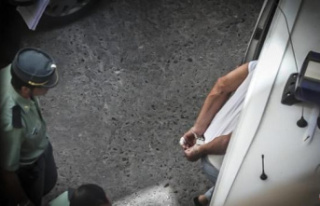 A man arrested in Alicante for offering money to underage...