He wanted to put on his shoes again. 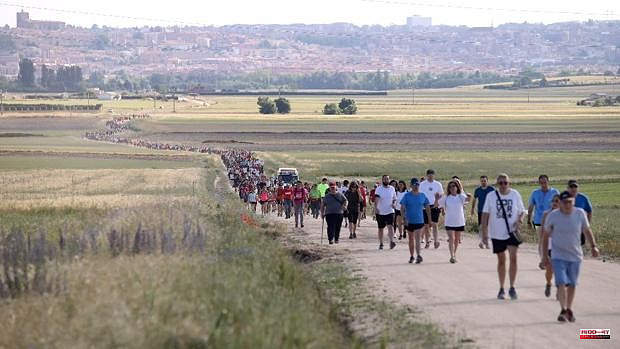 He wanted to put on his shoes again. Many. Enough so that nearly 1,200 people did it again to give life to the Great Prone March for Disability.

Its 35th edition, the one of the return after the two years of forced stoppage due to the pandemic, has been a complete success, according to Ical. The good weather and that desire have allied so that Ávila once again demonstrated that his people “are very supportive. With Pronisa and with disability».

This was said proudly by Juan Carlos Rodríguez, president of the entity, whose smile moments before the march began - when the Mercado Chico square was abuzz with people registering at the last minute - betrayed the satisfaction of knowing that Pronisa is not alone.

"It was essential to get back on track," Rodríguez confessed when he saw that those two years of forced break that this Sunday, finally, were broken. Although not without a few doubts and concerns. "It has been difficult for us to decide to do it, but in the end we were able to organize it in a matter of two months", acknowledged the main person in charge of Pronisa, who also spoke of one of the main novelties of this year's edition: the change of route.

And it is that for its edition of the return the organizers of the march chose to reduce the distance from the traditional 20 kilometers, to 15. A more affordable route, then, and which has also run mostly along paths far from highways and in contact with the nature. "We want it to be a slightly safer experience and more in contact with nature," said Rodríguez, who also spoke about how it was an inclusive route. Only in a 300-meter section, Rodríguez has admitted, the road could become complicated for people with reduced mobility. And for that he has apologized and has promised to work so that this section is fully accessible in future editions.

The proceeds, from the disinterested donations of each of the participants in the march as well as those made through the 'dorsal 0', will be used to "finish equipping the three homes for people with great support needs of the program " My house'”, indicated the president of Pronisa, who has announced that they trust that the works -which will provide accommodation for 24 people with disabilities- can be completed in October so that, finally, they can be in service before the end of the year.

The mayor of Ávila, Jesús Manuel Sánchez Cabrera, attended the starting signal, for whom although “the pandemic has changed the habits of the people of Ávila a lot, it has not been able to change one,” he said, referring to solidarity. “This has been reinforced. We are going to contribute our grain of sand for this important project that they have underway », he has recognized.

For his part, the president of the Provincial Council, Carlos García, has highlighted how this "so special event" that is the Great March Pronisa for Disability, "brings together the general feeling not only of Ávila but also of the entire province." 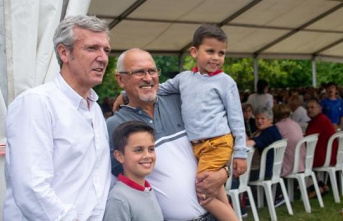 Sequoias, barbecue and an electoral conspiracy: the...