More than 600 dead and 1,250 injured, the result of the attacks with cluster bombs in Kharkov

Hundreds of civilians have been killed by indiscriminate bombing by the Russian army since the start of the invasion of Ukraine, using cluster bombs - the use of which is prohibited - and rockets, according to Amnesty International in its latest report, ' Anyone can die at any time: indiscriminate attacks by Russian forces in Kharkiv, Ukraine'. 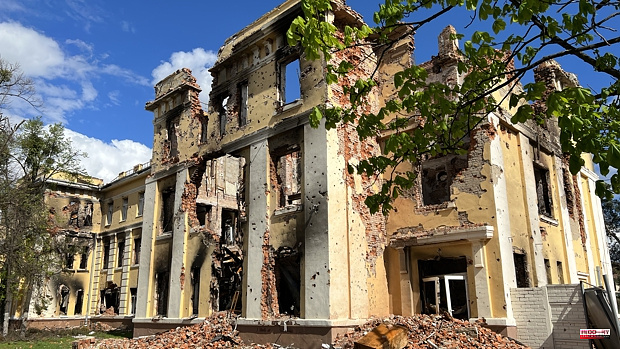 Hundreds of civilians have been killed by indiscriminate bombing by the Russian army since the start of the invasion of Ukraine, using cluster bombs - the use of which is prohibited - and rockets, according to Amnesty International in its latest report, ' Anyone can die at any time: indiscriminate attacks by Russian forces in Kharkiv, Ukraine'. In total, more than 600 civilians have been killed and another 1,250 injured in the Kharkiv region since the start of the Russia-Ukraine war, the head of the medical department of the Kharkiv regional military administration told Amnesty International. .

People have died in their homes and on the streets. In parks and cemeteries, while queuing for humanitarian aid or buying food and medicine.

"The repeated use of banned cluster munitions is shocking, and yet another example of the utter disregard for civilian life," said Donatella Rovera, Amnesty International's Senior Adviser on Crisis Response.

Russian forces have caused widespread death and destruction in each and every residential neighborhood of this northeastern Ukrainian city. Evidence was found that the Russians have repeatedly used 9N210 and 9N235 cluster munitions, as well as dispersible mines, both prohibited by international treaties due to their indiscriminate effect.

Russia is not a party to the Convention on Cluster Munitions or the Anti-Personnel Mine Ban Convention. Still, international humanitarian law prohibits indiscriminate attacks and the use of weapons that, by their nature, have indiscriminate effects.

Kharkov was a population, before the war, of a million and a half inhabitants. Its bombardment began on February 24, at the same time as the Russian invasion of the country. The northern and eastern neighborhoods of the city have been the main victims of the Russian offensive. It is difficult to calculate how long each of the explosions lasted: "A minute can seem eternal," says Tetiana Ahayeva, a 53-year-old nurse who was standing by the entrance to Kharkiv Clinical Hospital 25 on the afternoon of April 15, when they exploded. several cluster bombs in the city, “Our neighbor's son died on the spot. His father had a shattered hip and a shrapnel wound to his leg."

They had no better luck in a nearby playground. Oksana Litvynyenko, 41, was seriously injured when several cluster munitions exploded while she was walking with her husband Ivan and her four-year-old daughter. Shrapnel penetrated her back, chest and abdomen, piercing her lungs and spine. “My wife Oksana was lying on the ground. When my daughter saw her mother on the ground in a pool of blood, she told me: 'Let's go home; Mom is dead and people are dead,'” says Ivan in shock.

At least six people were killed and 15 injured on the morning of March 24, when cluster munitions hit a car park near the Akademika Pavlova metro station, where hundreds of people were queuing for humanitarian aid. Another man was also killed by explosions that shattered the glass window of a pet store: “It was a truly horrible situation; it was raining shrapnel, ”explains the local police.

Now, Amnesty International demands that the Russian forces responsible for these attacks be held accountable for their actions, since "the victims and their families must receive full reparation," explain sources from the organization.

1 Jermell Charlo to Brian Castano prediction odds, picks:... 2 The responsible consumer tries to resist the hurricane... 3 On-site technology to reduce workplace accidents 4 Dance without leaving home... and with your own rhythm 5 High-rise innovation to see the forest as a great... 6 The Russian company Roe that makes gold by fueling... 7 The confessed butcher of Marta Calvo, on trial for... 8 Five seriously injured in the clash between two trains... 9 The new Galician drug traffickers: more discreet,... 10 Technical tie between Macron and Mélenchon with an... 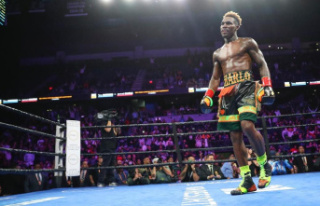