The Civil Guard has arrested six men as alleged perpetrators of crimes against public health for cultivation or production of narcotic substances and fraud of electricity by maintaining several marijuana crops with a total of 3,193 plants inside homes in the towns of Torrijos and Val de Santo Domingo-Caudilla. 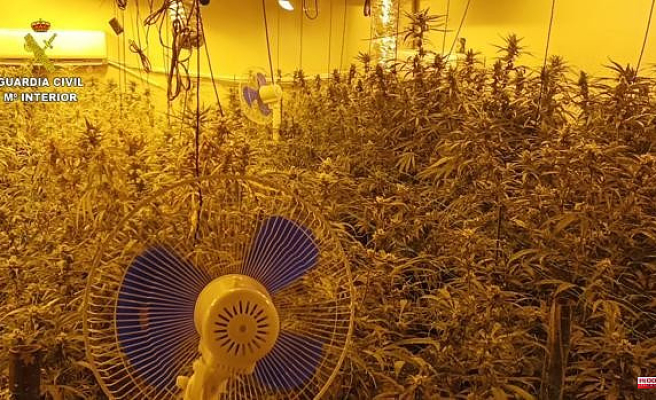 The Civil Guard has arrested six men as alleged perpetrators of crimes against public health for cultivation or production of narcotic substances and fraud of electricity by maintaining several marijuana crops with a total of 3,193 plants inside homes in the towns of Torrijos and Val de Santo Domingo-Caudilla.

Within the framework of the national plan against drug trafficking and thanks to citizen collaboration, the ROCA team of the Torrijos Civil Guard began an investigation into several reports of independent marijuana cultivation in the Torrijos region.

The first of these crops was in the attic of a home in the town of Torrijos, with 373 plants about to be harvested.

Along with the marijuana plants, a vehicle was seized and four people were arrested as allegedly responsible for its cultivation.

In a second intervention, this time in Val de Santo Domingo-Cudilla, a complete installation was found with 2,125 marijuana plants inside a chalet, in different stages of growth. This action resulted in the arrest of one more person and allowed information to be obtained about a new plantation, also located in the town of Torrijos.

In the latter, no plantation was found inside the house, although there was a fully assembled electrical installation, with remains of having housed a crop a few days ago. However, in a small adjoining warehouse within the same farm, 695 plants were found in full bloom. For these events, a person was also arrested for two crimes against public health and electric power fraud.

In total, in these three interventions three indoor marijuana crops have been dismantled, with the apprehension of 3,193 marijuana plants and the arrest of six men, aged between 19 and 54 years old and of Spanish and Brazilian nationalities.

1 They create the first biodegradable mask that disintegrates... 2 The Talavera City Council asks for explanations from... 3 Mañueco defends that the new Territorial Cohesion... 4 The British Government defends deportations to Rwanda... 5 Fernando Alonso's record: 21 years, 3 months... 6 Don Felipe asks Madrid lawyers to defend Justice as... 7 The PSOE would win the general elections again although... 8 The nine finalists of the San Clemente literary prize:... 9 Ana Sánchez: «What would have happened to this community... 10 First images of the accused of the murder of Marta... 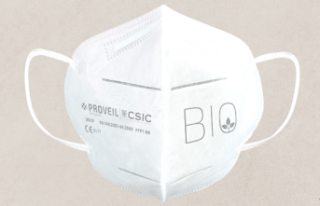 They create the first biodegradable mask that disintegrates...