More than 185,000 counterfeit stationery products are involved in Seseña

The Civil Guard has seized more than 185,000 counterfeit products and has arrested the owner of the company for an alleged crime against industrial property. 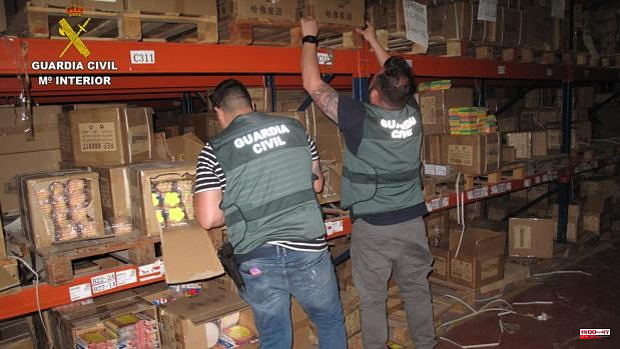 The Civil Guard has seized more than 185,000 counterfeit products and has arrested the owner of the company for an alleged crime against industrial property.

The Civil Guard of the Investigation Area of ​​the Seseña main post was aware of the possible distribution of counterfeit stationery items from their town.

With the information obtained, and prior report to the Court of First Instance and Instruction No. 2 of Illescas, a line of investigation began that took the agents to an industrial warehouse in the town of Seseña.

The first inquiries gave the agents the certainty that totally copied products were manufactured, distributed and marketed in the warehouse in question, of a brand that had already been denounced in Zaragoza.

After the pertinent order of entry and search by the Court hearing the case, nineteen pallets were located inside, already packed and ready for shipment, which contained more than 185,000 stationery items of a recognized brand that were totally counterfeit.

The operation ends with the arrest of a single detainee, a 40-year-old man of Chinese nationality, and the seizure of 185,607 counterfeit stationery items, which were manufactured, stored and distributed from the ship to both national and European destinations.

1 The number of Mossos agents who report sexual abuse... 2 Mañueco, to Felipe VI: «Castilla y León continues... 3 8,555 students will take the University Access Assessment... 4 The detainee for assaulting his partner in Carballo... 5 News in the case of the Alcàsser girls: they request... 6 Feijóo asks European leaders for their trust: "We... 7 The Lyceum confirms the information from ABC and again... 8 A total of 218 works are presented for the first edition... 9 They donate millions of dollars for the children of... 10 Garzón: «A large fortune that charges 200,000 euros... 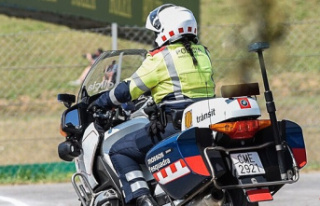 The number of Mossos agents who report sexual abuse...