More than 1,800 schoolchildren participate in one of the 30 hiking trails of the Board

More than 1,800 6th grade and 1st ESO students from educational centers in the province of Toledo are hiking throughout the months of April and May, an activity framed within the sports promotion line of the program 'Somos Deporte 3 -18' of the Government of Castilla-La Mancha. 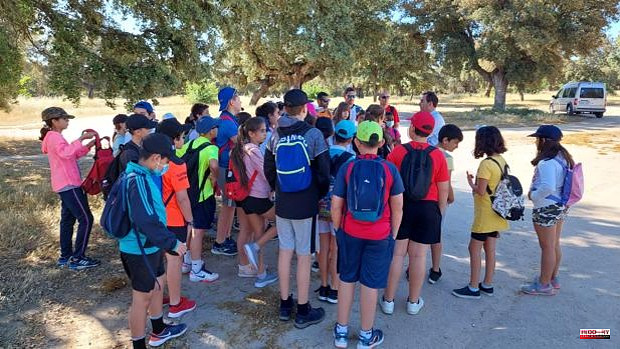 More than 1,800 6th grade and 1st ESO students from educational centers in the province of Toledo are hiking throughout the months of April and May, an activity framed within the sports promotion line of the program 'Somos Deporte 3 -18' of the Government of Castilla-La Mancha.

The provincial delegate for Education, Culture and Sports, José Gutiérrez, accompanied by the mayor of Méntrida, Alfonso Arriero, carried out the “Guillermo Plaza” of Yuncos together with the CEIP schoolchildren. the Berciana route of this municipality.

The activity, organized by the Sports Service of the Provincial Delegation, in collaboration with the Toledo Provincial Council, is presented as a non-competitive, healthy activity adapted to the physical state of each person and enables the approach and transit through the environment natural.

30 routes have been carried out, all of them approved, "with which we have combed the entire province of Toledo", detailed the Education delegate and has indicated that there have been hiking technicians who have informed schoolchildren of issues such as what is and what hiking consists of, what is an approved trail, the interpretation of the different marks of approved trails (GR, PR, SL), as well as notions of safety in the practice of hiking and, in general, in the practice of Mountain Sports. "In addition, we have had technicians from the Environment area of ​​the Toledo Provincial Council, who have informed the students about the places where the path runs and about the environmental environment."

The routes carried out are distributed throughout the province as the Milestones of Orgaz; the Path of the Lynx in Madridejos; the Tiétar River Route in La Iglesuela del Tiétar; the Garganta de Las Lanchas in the region of La Jara; the routes of Las Tres Villas in Huecas; the route of the Trenches in Noez; of the Caleros in Montesclaros; de la Berciana in Méntrida or the Fuentes de Cabañas in Cabañas de Yepes.

Like all the activities offered in the program 'Somos Deporte 3-18', the displacement of the participants from the educational centers to the place where the activity will take place is free and is the responsibility of the Provincial Delegation.

Finally, Gutiérrez has indicated that this activity, in which 28 educational centers in the province have participated so far, "has been highly valued and very well received by both the participating teachers and students" and added that from the regional government We will continue betting on the practice of physical activity, sports and the acquisition of healthy lifestyle habits. 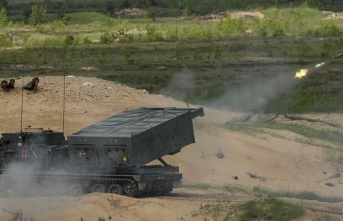 US prepares to send long-range missiles to Ukraine...