More than 11,200 kilograms of stolen oranges with a market value of 3,300 euros are involved

Agents of the Civil Guard of Valencia have arrested two people, and are investigating another 19, after seizing more than 11,200 kilograms of stolen oranges with an economic value on the market of more than 3,300 euros. 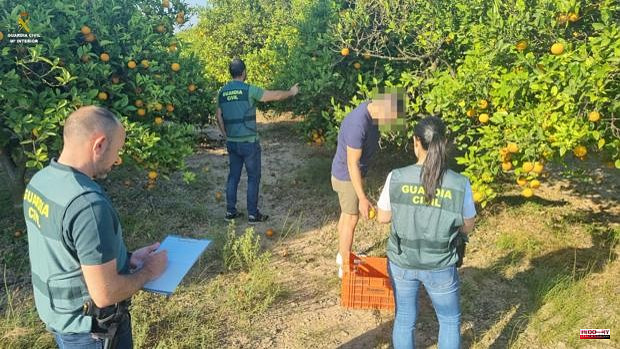 Agents of the Civil Guard of Valencia have arrested two people, and are investigating another 19, after seizing more than 11,200 kilograms of stolen oranges with an economic value on the market of more than 3,300 euros.

These arrests have occurred within the framework of the 'CITRUX' operation, which began to comply with the National Plan against agricultural theft and respond to the criminal activity that occurs during the orange harvest season, between November and June, the armed institute has indicated in a statement.

Thus, the agents inspected several establishments dedicated to the purchase of oranges for the industry located in the Ribera Alta and Baja regions of the Valencia province, to verify their legal origin by analyzing the agricultural accompanying and traceability documents (D.A.T.A). .

Simultaneously, surveillance was intensified in the areas where the farms are located, after the investigations and surveillance carried out by the agents and the collaboration of the owners, as well as those affected by thefts.

After studying nearly a thousand D.A.T.A documents, it was found that several of these were partially forged and others totally, and that they came from various sales made in stores.

Those investigated presumably used this falsified document to be able to legally introduce the product into the warehouses without raising suspicion on the part of those responsible for the warehouse.

Finally, the operation culminated in the arrest of two men, 40 and 41 years old and of Spanish nationality. In addition, another 19 people, four women and 15 men, aged between 21 and 64, of Spanish, Romanian and Moroccan nationality, have been investigated. They are accused of 11 crimes of misappropriation, seven of theft, three of false documents, usurpation of marital status, fraud and Social Security fraud.

With this operation, the Civil Guard has been able to clarify 23 criminal acts and has seized more than 11,200 kilograms of stolen oranges with an economic value on the market of more than 3,300 euros, 80 DATA and more than 990 euros in cash.

1 Arrested for assaulting, intimidating with a knife... 2 They find the body with signs of violence of a man... 3 Ximo Puig faces the post-Mónica Oltra era with a... 4 Jácome is saved from judicial burning by filing the... 5 Face to face with a new volcano with limited capacity 6 The Generalitat sees "a point of irresponsibility"... 7 Russia bombs downtown kyiv as world leaders meet in... 8 At least 20 dead in a South African nightclub in unknown... 9 More than a hundred bikers tour the province of Salamanca... 10 Transferred to Cantabria and already in good health... 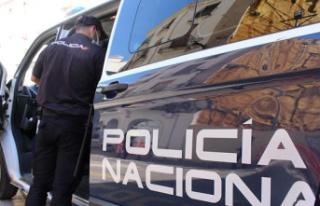 Arrested for assaulting, intimidating with a knife...