More reproaches than agreements at the 'summit' between Xunta and opposition

This Monday's 'summit' in San Caetano started at five in the afternoon, the time in which the League matches were played on Sundays, and ended after nine at night. 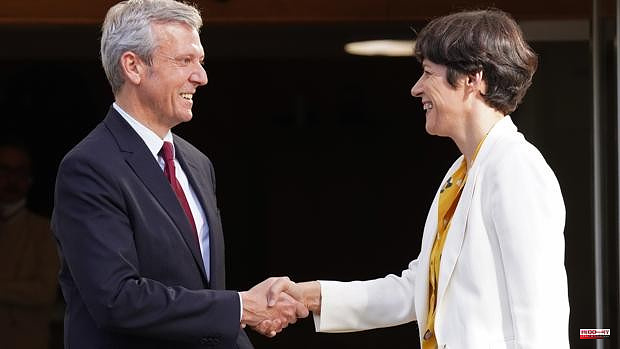 This Monday's 'summit' in San Caetano started at five in the afternoon, the time in which the League matches were played on Sundays, and ended after nine at night. More than four hours for each of Alfonso Rueda's interviews with Valentín González Formoso and Ana Pontón, which resulted in what was expected, given the prevailing climate and the statements -mainly from the opposition- of the previous days: very little. The general secretary of the PSdeG affirmed that he hoped that his first meeting in the Presidency wing would be more “productive”. And the national spokeswoman for the Bloc was even harsher: "I come out wondering why the president of the Xunta summons us."

Alfonso Rueda, determined to continue patenting that "style" that, having just arrived in office, helps him to detach himself a little from the shadow of Alberto Núñez Feijóo, was more conciliatory. Probably because he was the one who had set the lowest bar. Faced with a left that turned its back on him without presenting its government program, and which has been questioning his legitimacy in office, it was enough for him to find minimal consensus on the issues he wants to present to Pedro Sánchez... when the Prime Minister has to welcome him -yesterday he still did not answer the letter from the head of the Xunta requesting an audience-.

And Rueda, perhaps in a display of optimism, after listening to the previous diatribes of his interlocutors, did not feel as they did that he had missed the afternoon. She saw "coincidences" and shared concerns in the issues she raised. And regarding the priority issues that he will put on the table, eventually, in La Moncloa, he felt validated. Although not fully, but in part, at least in health and European funds. "I think I had their support," he valued. "At no time did they tell me that they did not agree with these matters," he insisted before the media. Formoso was summoned at 5:00 p.m. and was punctual. He arrived without a tie and with a red folder. The meeting lasted one hour and twenty minutes. As soon as he stood before the microphone, to assess the face-to-face, he fired: «We clearly see that there is a very different vision of Galicia». That of the PP, he said, is one of "resignation" and "immobility"; that of the PSdeG, of «hope» and «dynamism». In the health field, which Formoso wanted him to star in the appointment, to place the "collapse" headline in capital letters, he stated that he is "extremely disappointed" that Rueda had not agreed to his proposal to allocate 140 million in the 2023 Budgets to strengthen Primary Care, and recover a thousand professionals. He believed, he claimed, that this subject "would be accepted without any hesitation." "There are major points of disagreement in frankly essential areas," he summarized. "Each of us has a model country."

At all times Formoso tried to place the ball on the roof of the Xunta: he came with some proposals, but Rueda is in his antipodes. Faced with the label of 'branch agent', he defended that they are also capable of assigning duties to the State, and wanted to convey that in some areas there were "approaches" with the president. But even when he said that they can be understood, as with the Next Generation funds, he ended up criticizing the Xunta, demanding that it lend a hand financially and not let "escaping" tractor projects. And he insisted that the Galician government stop confronting the central government and blaming it. "Galicia cannot be in a permanent 'simpa' of confrontation with the State and (...) with the needy sectors," he sentenced.

Ponton's tone was more sour and disenchanted. When asked if at least the hour and a half meeting had been cordial, he replied that cordiality, with public services. He started by saying that what Rueda wanted was a "photo", and like Formoso, he stuck to the script that he had prepared: a Block that wanted to deal with "intramural" issues in front of a Rueda focused on his encounter with Sánchez. It is in "matters of its competence", of the Xunta, stressed the leader of the BNG, "where we can work", but there is no "will" in a president "castellated in his maxim that they do everything well". The "country issues" that Rueda raised, to bring them to La Moncloa by consensus, he reduced to "generalities". That they weren't even new, he made ugly. And that the BNG anticipated many of the issues that the president of the Xunta raised yesterday, he said. "We are already defending a Galician in Madrid," he disdained. "In what depends on others, it is very easy," he claimed, rounded off his criticism.

It was shocking that a few minutes later Rueda appeared in a more benevolent key, celebrating not only the dialogue, but also certain points of understanding: in health, he appreciated that the three, with their differences, believe that the Government has to lift the administrative plug and enable more plazas; in the Next Generation funds -the first vice president, Nadia Calviño, will attend on Friday-, she thanked Formoso for support to the Galician projects and valued that Pontón advocates for decentralized; in the transfer of powers, she highlighted the emphasis on the AP-9 shared with the BNG, although she lamented the opposition's lack of interest in infrastructure. What his interlocutors had painted totally black, Rueda saw more greyish. Perhaps part of the discrepancy was condensed in his reflection on the "differences" between adopting measures from the government and doing it from outside. The «reality bath», «possibility and realism», compared to proposing and asking for things «without thinking if they are possible». He exemplified it in Pontón: "If I don't agree with him, it's because I think he has unrealizable proposals." The president, true to his style, chose to see the bottle half full. 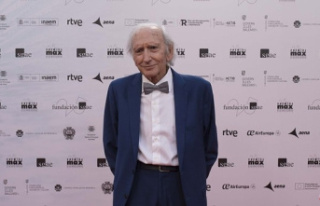 The Mediterranean bathed the Max awards, which traveled...