More inquiries, more hits: interest in the Bundeswehr increases due to the Ukraine war

The attack on Ukraine by Russia shakes up the people in Germany. 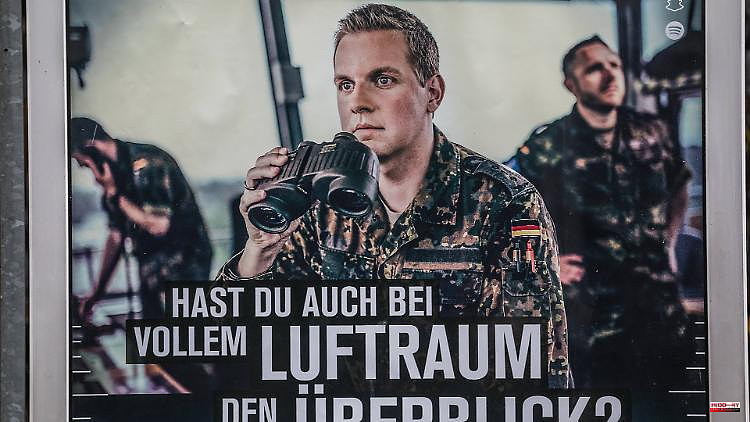 The attack on Ukraine by Russia shakes up the people in Germany. The Bundeswehr noticed that too. Overall, the army receives more attention and respect. This is also proven by Internet access figures, which even reach record values.

Since the start of the Ukraine war, German interest in the Bundeswehr has increased massively. "At the beginning of the Russian invasion of Ukraine, the number of inquiries increased extremely," a spokeswoman for the Ministry of Defense told the newspapers of the Funke media group. Around 1.5 million more people accessed the bundeswehr.de website in March than in the same month last year. A high of almost 4.1 million page views was reached.

According to the information, there were almost three million page views in April. The ministry website bmvg.de was accessed four times as often in February and March as in the same months of the previous year. In April, the number of page views was still twice as high as in April 2021.

According to the report, the ministry saw a similar development on social media channels. Since the beginning of the war, around three million people have been reached via Facebook, twice as many as in the same period last year. Since the start of the war on February 24 to May 1, the number of video views on the YouTube channel has risen to around 25 million (same period in 2021: around 17 million). Video playback time doubled to 1.2 million hours.

The war ensured that many more people were concerned with the Bundeswehr and its mission, said military commissioner Eva Högl in the newspapers of the Funke media group. "Now a lot of people in the country, who used to not care about the troops, are now realizing that we have a Bundeswehr, why we need it, and that we have to do more for the Bundeswehr," said the SPD politician with conviction. "When I was with the German soldiers on NATO's eastern flank in Lithuania in the summer of 2021, the soldiers there had the feeling that they were completely under the radar of attention in Germany. That has now completely changed."

At the beginning of the war, according to the report, interest in a career in the Bundeswehr also increased "for a short time", which meant that more appointments were made for initial consultations. "Both tendencies have meanwhile returned to normal," reported the ministry spokeswoman. The Association of Reservists in the German Armed Forces also noticed greater demand. "During the period of the Ukraine conflict, we saw a doubling of new registrations compared to previous years," said a spokesman.

Högl pleaded for sustainable financing of the Bundeswehr: "It must not happen to us again that the Bundeswehr is cut as badly as it has been in recent years."

1 [IN IMAGES] Who is telling the truth? Hired in a cellar,... 2 Peace researcher Deitelhoff: "Putin and Russia... 3 García-Gallardo assures that the program for Agriculture... 4 Questions and answers about the election: who can... 5 Finland formally approves its candidacy for NATO 6 The night of war at a glance: Ukraine wants to hold... 7 Vote in the Bundesrat: CSU threatens to block the... 8 High hurdles to living together: Buschmann announces... 9 Approval for "Marder" missing: Niebel accuses... 10 Russia "don't give a damn": Medvedev... 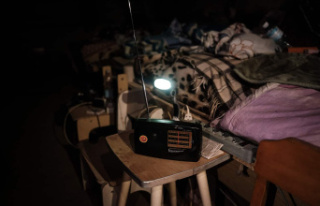 [IN IMAGES] Who is telling the truth? Hired in a cellar,...