It also demands to unblock other projects such as the law on 'stolen babies' and the recovery of the principle of universal justice. 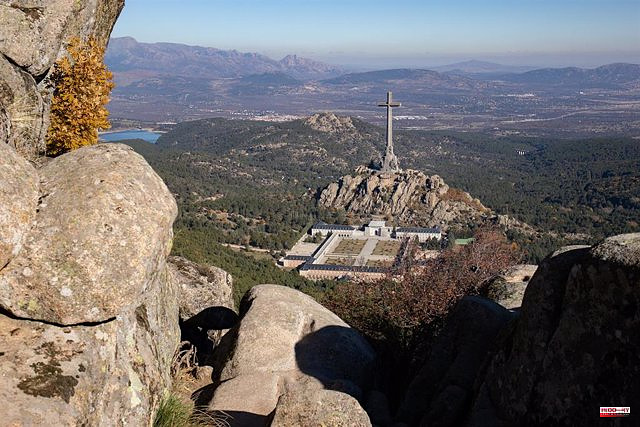 More Country has registered an initiative in Congress demanding that the coalition government allow the Democratic Memory Law to be unblocked, the reform of the Official Secrets Law and the one related to the cases of 'stolen babies' to fulfill its promises in terms of justice and reparation for the victims of the Franco regime. In fact, he warns that one cannot be "lukewarm" when the first stage of the legislature has already been passed.

In a non-law proposal for debate in the Constitutional Commission of the Lower House, the formation led by Íñigo Errejón demands that the Executive incorporate the amendments to the Democratic Memory regulations that improve the original text, especially access measures to justice for those repressed by the dictatorship.

Likewise, it demands that the Government collaborate with the Argentine justice in the so-called 'Argentine complaint, which investigates the violation of human rights by the Franco regime.

The new Democratic Memory Law got stuck in Congress last December, as the groups presented their partial amendments but, due to the lack of agreement, the paper has not been convened to start debating the articles. According to parliamentary sources, the main stumbling block is limited to its involvement in the 1977 Amnesty Law, given that the independentistas want it to be modified and the PSOE rejects it.

In the statement of reasons for the initiative, Más País recalls that the President of the Government, Pedro Sánchez, undertook during his investiture to promote reparation for the victims of Francoism.

However, it regrets that after the "equator" of the legislature we are witnessing the blocking of the Democratic Memory bills, the reform of the Official Secrets Law and the Law on 'stolen babies' and the recovery of the principle of universal justice in the Spanish Penal Code.

Of all of them, Más País alludes to the fact that the most important is that of Democratic Memory, which was already delayed until it was approved by the Council of Ministers and is now "paralyzed" for months in Congress, as the paper was not constituted, although The deadline for amendments has already closed.

"This stoppage may be due, among other things, to the fact that the text as it is now drafted does not satisfy the fundamental demands of the victims, as well as some of the international agreements that Spain has ratified," deepens the party of Íñigo Errejón.

Above all, after "making clear" associations and organizations, such as the Progressive Union of Prosecutors, that the text does not incorporate any legislative amendment to "investigate and prosecute the serious violations" of human rights during the Franco regime, nor are the sentences declared illegal repressive measures, nor is economic reparation guaranteed for the victims.

Therefore, it requires that "a recognition and reparation mechanism" be arbitrated, which also extends to the temporary period of the transition.

Regarding the reform of the Official Secrets Law, which dates back to 1968 and which bears the signature of Luis Carrero Blanco, Más País is not optimistic about the balance either, criticizing its "paralysis" without known progress, despite the fact that the Executive has "more than two years" committing to deploy changes through its successive regulatory plans.

A situation that exceeds the actions of reparation against the Franco regime, since the absence of reformulation affects "deeply the quality of democracy" and "greatly restricts the mechanisms of transparency and democratic control." Especially in the face of the "very serious" case of espionage through the Pegasus program, which should provoke a reaction from the Executive to speed up the reform.

"The same lack of political will runs up against the proposal for the Stolen Babies Law, paralyzed for more than two years in the Justice Commission", makes the formation ugly to recriminate that, all of this, leaves no doubt that the Executive is not fulfilling its commitments.

Consequently, he criticizes that "unfortunately" the norms approved in matters of justice and reparation have been oriented towards "partial, lukewarm and absolutely insufficient" institutional recognition.

1 Montreal: body found in car trunk damaged by flames 2 The average price of diesel in Spain exceeds that... 3 Italy disrupts a computer attack by pro-Russian groups... 4 Local historical societies want more visibility 5 Substrate AI finalizes the acquisition of the adhesive... 6 Capital Energy foresees investments of more than 2,400... 7 Masià reigns in the chaos of Moto3 and opposes the... 8 Atlético hurries for the runner-up against a downcast... 9 Getafe and Barça fight for an insurance point 10 Of the runners, of the speeds 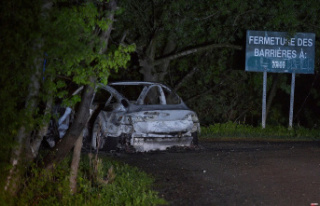