Montero, on the assumption of responsibilities by Pegasus: "We have to focus on giving guarantees of non-repetition" 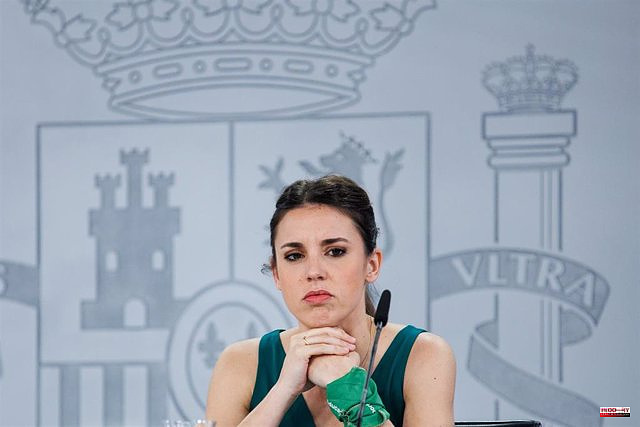 The Minister of Equality, Irene Montero, has assured this Wednesday that the assumption of responsibilities after the cases of espionage by the 'Pegasus' system is also to give "guarantees of non-repetition" of events "that suppose a security breach of the State".

When asked in an interview on Telecinco, collected by Europa Press, about whether Podemos is satisfied after the dismissal of the former director of the CNI, Montero pointed out that "at this moment" what citizens are demanding are guarantees of non-repetition for that these events do not happen again and that there are no cases of espionage in the country. "We have been clear," she added.

After the Government announced that the cell phone of the President of the Government, Pedro Sánchez, and the Minister of Defense, Margarita Robles, had been spied on with 'Pegasus, Montero has reported that he gave his phone to be examined, like the rest of the ministers.

On the return of the emeritus king, Montero has indicated that what the public expects is that, on his return, Juan Carlos I gives an account of the alleged cases of corruption that affect an institution "as important" as the Head of State. "(The citizens) hope that he will not come back for a regatta, but to be held accountable," he opined.

Montero has conveyed that the process must continue so that the institutions are elected "democratically" and that there are no "representatives who are not elected" and that, in addition, they are inviolable for their acts before the law.

In relation to the official visit to Spain of the Emir of Qatar Tamim bin Hamad al Thani, Montero stated that "the only thing he has to say" in this regard is that the Government "always" respects and promotes human rights.

When asked if Podemos has protested in the Council of Ministers for the act in which it announced an increase in the investment of the Qatari country in Spain by 5,000 million dollars, the head of Equality has pointed out that she has "nothing more to add" because "he's already said all he had to say."

1 The IES 'Consaburum' team, winner of the... 2 Open Tennis Case: The mayors of Carmena Mayer and... 3 Ayuso will support the conscientious objection of... 4 An autonomous and empathetic car: they create a system... 5 Quim Torra and Josep Costa sue Pedro Sánchez and... 6 Alex Corretja: "Alcaraz is among the top favorites... 7 Transferred to the hospital three men injured by the... 8 The National Court rejects that the Generalitat enters... 9 Fernando Simón, on monkeypox: "We cannot rule... 10 Biden denounces the Buffalo massacre. And after? 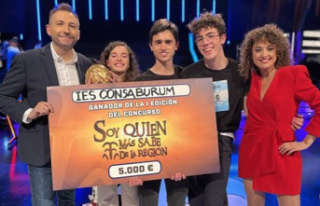 The IES 'Consaburum' team, winner of the...