The Minister of Equality, Irene Montero, has confirmed this Monday that the abortion law that the Council of Ministers will approve tomorrow will include a leave due to incapacitating menstrual pain and a paid prepartum leave from the 39th week of pregnancy after an agreement has been reached in the within the coalition government. 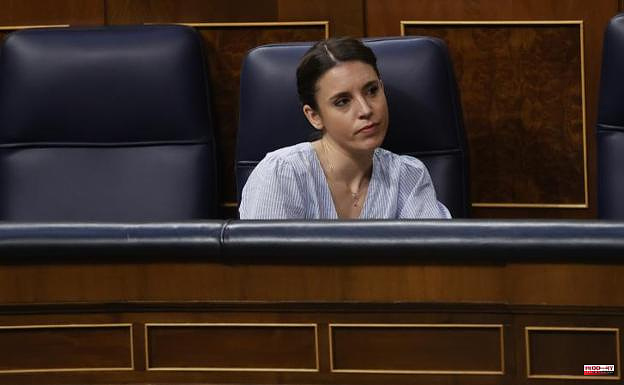 The Minister of Equality, Irene Montero, has confirmed this Monday that the abortion law that the Council of Ministers will approve tomorrow will include a leave due to incapacitating menstrual pain and a paid prepartum leave from the 39th week of pregnancy after an agreement has been reached in the within the coalition government. However, a super-reduced VAT will not be established for menstrual hygiene products.

"The Ministry of Finance has not wanted it to go into this law, but we will negotiate it again in the General State Budgets," said Montero, who has estimated the cost of this measure at around 30 million euros. “With the excessive cost of the works on the M-30, 69 years of a reduction to super-reduced VAT on menstrual hygiene products would have been paid for,” the minister said in statements to the SER chain, who has assured that 22% of women cannot choose these types of products because they cannot afford them.

The minister has acknowledged that she would have liked this measure to have been included in the abortion law, but has made it clear that "she is going to fight it" so that it is approved in this legislature. “It is one of the musts, one of the issues that remain pending,” she pointed out.

Regarding sick leave due to incapacitating menstrual pain, Montero explained that it will be enabled through a special temporary disability, which will not require a minimum contribution period; it will be assumed by the State from the first moment, and "it will not have a limit of days". "It's a very good deal," she stressed.

The minister, who thanked the Minister for Inclusion, Social Security and Migration, José Luis Escrivá, for his willingness to agree to this new discharge, stressed that this measure is a pioneer in Europe and shows that the coalition government "is on the side of the women".

Faced with criticism that this drop "stigmatizes" women, Montero has stated that "what is stigmatizing" is that women have to experience their menstrual health "from solitude, without being able to talk about it."

As to whether this measure could cause resistance among employers to hire women, the minister insisted that there are no reasons for it, since the cost of the leave will be assumed by the State from the outset, and has warned that not hiring for this would be discriminating against women.

Along with the discharge due to painful incapacitating rules, Montero has confirmed that the new abortion law will include paid prenatal leave from week 39, compared to the initial drafts that set this permission from week 36. «In the negotiation of the Government we have left it in week 39, ”he specified.

1 They are looking for a 63-year-old woman who has disappeared... 2 Complaints for anti-LGBT crimes and offenses increased... 3 A historic Doncic presents candidacy for the title 4 The King Emeritus will return to Spain on May 21 5 Foreign Affairs will allocate more than 100,000 euros... 6 The Vice President of Congress Gloria Elizo will travel... 7 Albares points out that the NATO summit in Madrid... 8 Johnson says he is not looking to "throw out"... 9 The general rise in prices fills the coffers of the... 10 China: Tesla recalls more than 100,000 vehicles 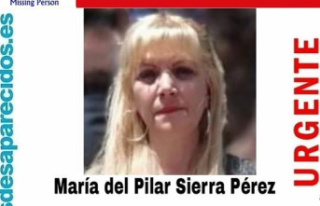 They are looking for a 63-year-old woman who has disappeared...